Grandmaster Caz looks at a portrait of late rapper Ol' Dirty Bastard of the Wu-Tang Clan at the hip-hop pop-up museum. (Photo: AFP)

Washington: Forty years ago, hip-hop was little known outside its birthplace, New York, until the Sugarhill Gang decided to record their rhymes, launching the genre's rise as a dominant cultural and commercial force.

The result was the group's 1979 smash "Rapper's Delight", which is credited as the commercial start of an unforgettable era in music. Once an underground style centred on live performance in New York's Bronx borough, rap and hip-hop are the most influential styles in contemporary music today.

To mark hip-hop's big anniversary, a pop-up museum has been established in the US capital through mid-February. "I never thought it would reach those proportions," said Grandmaster Caz, an icon of early hip hop who wrote parts of "Rapper's Delight." 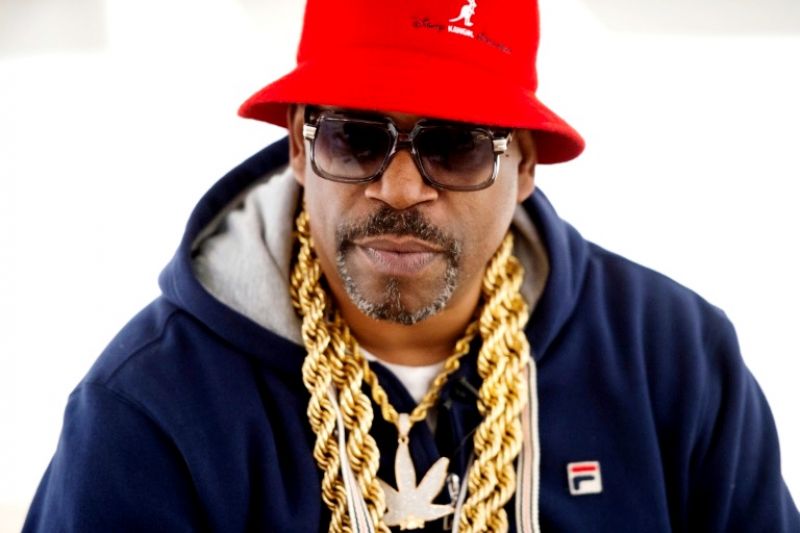 "Back in the day, we were discouraged from doing hip-hop – nobody respected it." But the track found runaway success, becoming a global sensation and selling millions of copies.

In 2011, "Rapper's Delight" was even added to the prestigious National registry at the Library of Congress, a nod to its role in ushering in a brand new genre. "Putting it on record was the smartest thing that could happen to hip-hop," one of the three Sugarhill rappers, Master Gee, told AFP at the opening night of the museum, which boasts more than 500 pieces of autographed memorabilia.

At the opening of the museum in Washington, Grandmaster Caz and the Sugarhill Gang performed an old school concert with another hip-hop trailblazer, Melle Mel. Part of the pioneering group Grandmaster Flash and the Furious Five, Melle Mel co-wrote another cornerstone of the genre: "The Message."

Released in 1982, it was the first recorded rap song to describe life in the ghettos, addressing socio-economic issues like poverty. Taking on social ills became signature to rap, a musical revolution that like hip-hop's rise to commercial fame, happened at first by accident.

And though today's hip-hop is markedly different than what came out in those nascent days, its "parents" are optimistic about its future. "You can't stop what can't be stopped and you can't kill what can't be killed," Master Gee said with a grin. "And that's hip-hop," he concluded.