On the Harry Potter trail in Portugal - JK Rowling's inspiration

Porto, Portugal: It feels as if time has stood still at Lello, a Gothic Revival style bookstore in the historic centre of Porto, whose heady "olde worlde" ambiance inspired some of the scenes for Harry Potter.

It was in Portugal's second city that Potter author J K Rowling let her imagination off the leash during two years spent teaching English in the northern town, spending her free time writing early drafts of the seven-volume global blockbuster that made her a literary household name.

With its delicately sculpted wooden panelling, blue, red and golden stained glass and bookshelves piled high from floor to ceiling -- not forgetting its iconic and sweeping staircase -- Lello conjures its own form of magic.

The place draws in the beholder to set Potteresque pulses racing, so "familiar" does its setting appear to true fans. 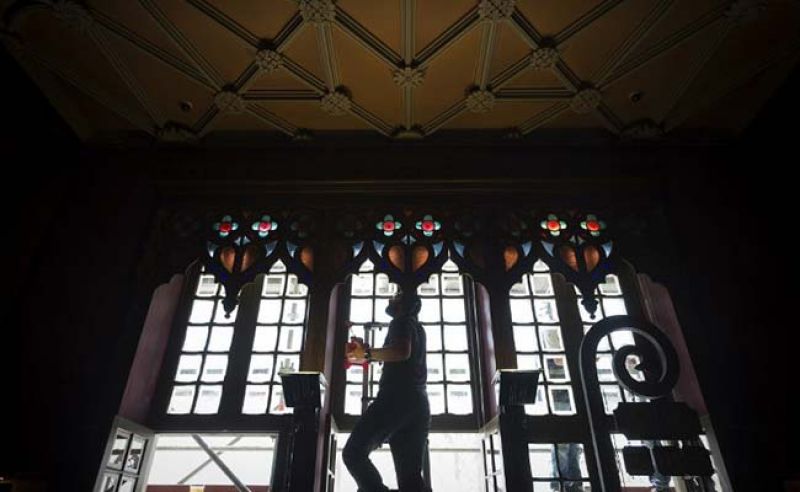 It was in Porto, that Potter author J K Rowling let her imagination off the leash. (Photo: AFP)

"Wow! It's amazing -- it's so like Harry Potter!" gushes Ines Pinto, a wide-eyed 11-year-old who makes a beeline for a stack of works on the young magician at the store's entrance.

"For me it's the spitting image of Flourish and Blotts, where young sorcerers buy their magic manuals," adds Nerea Moyeno, a 24-year-old Spanish tourist. Moyeno hopes soon to get her hands on "Harry Potter and the Cursed Child," a new play imagining the fictional boy wizard as a grown-up father of three, which has its official premiere in London on Saturday after winning rave reviews for press performances. "If the Spanish version doesn't come out soon I'll buy it in English," she said.

The story is set 19 years after the seventh and final book in the Potter series, which have collectively shifted more than 450 million copies since 1997 and been adapted into eight films.

Thousands of fans will descend on Porto this weekend for a festival organised by Lello, says Jose Manuel Lello, 59 and the great-grandson of one of the two brothers who founded the bookstore which has ordered 5,000 copies of the new story.

"We have done very good business out of Harry Potter," Lello tells AFP. Even though the bookstore started charging visitors three euros ($3.50) last year -- which they recoup if they make a purchase -- sales have mushroomed 300 percent.

The idea behind the fee, Lello says, is to "manage the stream of tourists" who flock to the store at a rate of some 3,000 per day and "transform them into readers."

The customer cash boon has also enabled the store, which opened in 1906, to undertake extensive repairs in time for Saturday's celebration.

"We shall rediscover the atmosphere of 110 years ago," when the store opened its doors, by recreating the decor of the era, says Lello. The fine staircase will emerge once again after being clad in scaffolding since April. Although it does not move -- unlike the Grand Staircase at Hogwarts school of wizardry, there is a definite resemblance.

Rowling was a loyal customer when she lived in Porto between 1991 and 1993 and likewise was frequently to be found at the nearby Cafe Majestic, a famed belle epoque cultural haunt for the city's intelligentsia.

It was at one of the cafe's white marble low tables that Rowling penned an early draft for what would become "Harry Potter and the Philosopher's Stone". Back then she was just another customer sipping a cup. It would be some years later, from 1997, when her books had already made her reputation worldwide, that Lello booksellers and Majestic's waiters would highlight their link to the author.

"Tourists have suggested putting up a plaque to mark the writer's passage, but we don't know yet where to put it," says Fernando Barrias, son of the legendary Majestic's owner whose customers have included actress Romy Schneider.

"Yes, we used to frequent the Majestic," Rowling's former husband, Portuguese journalist Jorge Arantes, told AFP in a rare interview. He still lives in the brown and green house the former couple lived in after marrying in 1992.

They split up after a nocturnal argument in November 1993. Two weeks later, Rowling, then 28, left Portugal for good, taking her four-month-old daughter with her.

"In those first weeks in Portugal I wrote what has become my favourite chapter in the Philosopher's Stone, 'The Mirror of Erised' -- and had hoped that, when I returned from Portugal I would have a finished book under my arm. In fact, I had something even better: my daughter, Jessica," Rowling explains on her official website. 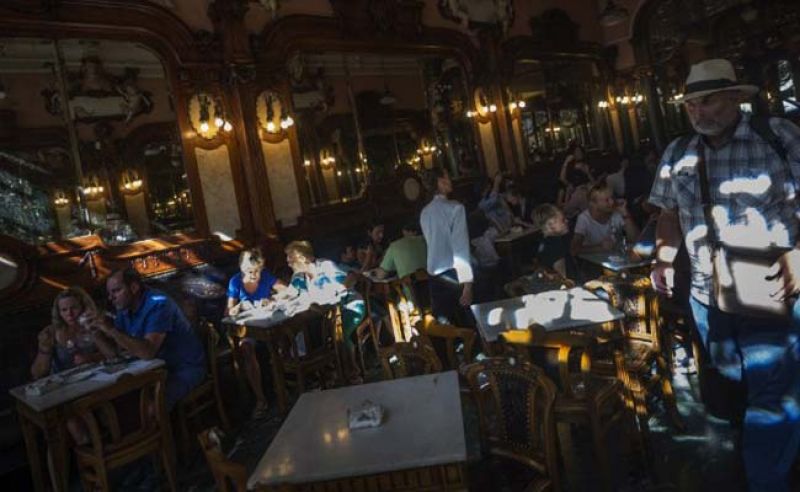 Two decades on, guide Bruno Correia shows off some of Porto's haunts which inspired the author.

Those include a tower looking rather like the Astronomy Tower where Hogwarts headmaster Albus Dumbledore meets his end and the Crystal Palace Gardens which bring to mind the Forbidden Forest, as well as the university, home to black-caped students.

"Their uniforms look very much like those of young sorcerers. Tourists even call them Harry Potters," says Correia, 33, a fan since his teens.

Bethlehem has more to offer than religious tourism

Mommies need a break as well