Lifestyle Travel 24 May 2019 Journey for the soul
Lifestyle, Travel

Journey for the soul

Loneliness is bliss. However, at times, it can be excruciating, especially when coupled with stress. It will pull you down and make you feel dejected. But, do not be afraid of it. Instead, live through it. The best way to beat loneliness and stress is to travel. When you are down and feel that no one in this world cares for you, pack your backpack and leave for an unscheduled solo trip. Believe, it can do wonder. There is nothing exciting than this! Because, travelling distracts your attention from your problems to the beauty of the world. It lets you get out of your shell and meet new people. Above all, such a journey will teach you to believe in yourself.

This reporter has gone for such an unplanned journey to experience its magic. And, it was totally rewarding.

The journey began from Kochi boarding on a night bus. By 7.30 am, the bus reached Koyambedu, a bustling area in Chennai city. After alighting the bus, the next task was to find a restaurant. Auto drivers in the area were helpful in finding a decent eatery.

Next step was to find nearby destinations in Google. Upon typing ‘places to visit near me’ on the phone,  a good list popped up. The first place in the list was San Thome Bascilica, a pilgrim center in the name of St Thomas apostle. It was Easter and, obviously, San Thome Basilica won the toss. 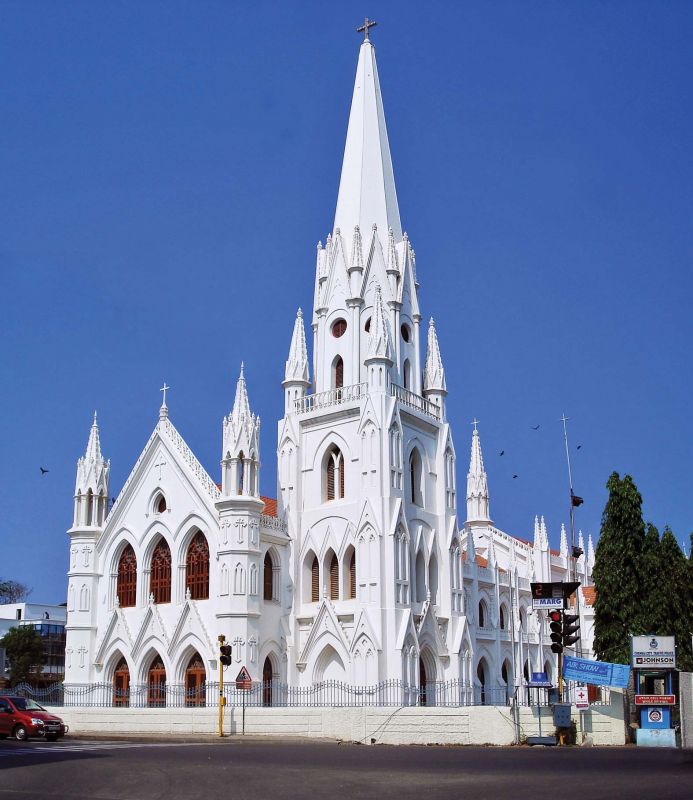 The taxi moved through the busy streets of Chennai, giving an insight about life there. One of the best aspects of Chennai is that it is well-connected with online taxi services, and people are willing to help. Also, it has neat and safe budget hotels and service apartments, affordable for solo travelers.

Within half an hour, the church came into vision. Built in the 16th century by Portuguese explorers over the tomb of St Thomas, the church bears some resemblances to the gothic style of architecture. The Easter ceremony was going on. As it is one of the prominent churches in the city, a group of television reporters were there to cover the service. Once the service got over, people made a beeline to touch the statue of St Thomas erected on the altar. Some even took photos and selfies with the saint!  Next to the church is a museum where exhibits related to the apostle and the church are on display. The exhibits include paintings, stones, coins and scripts depicting his period. The place also houses tomb of the saint, which is also a prayer centre.  A quaint place, it can soothe a troubled mind. 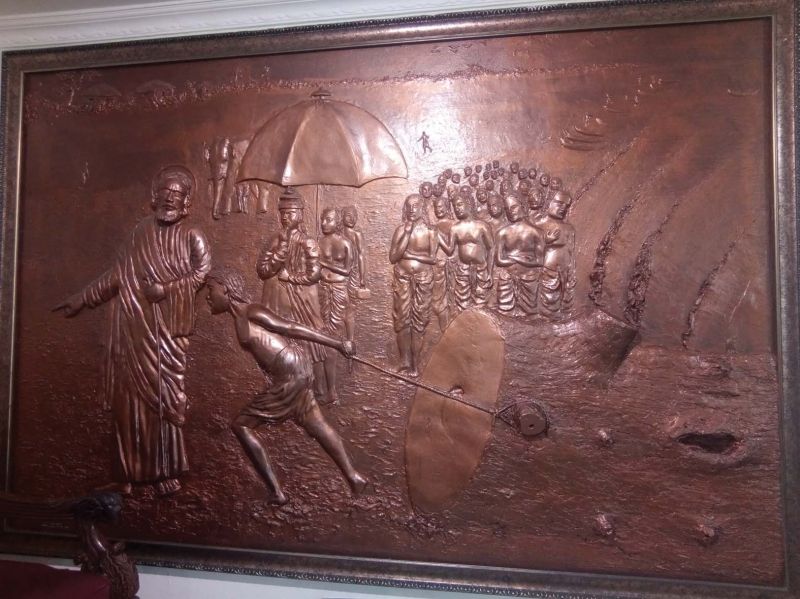 An artwork in San Thome museum

The next destination was Marina beach, Chennai’s pride. It was almost noon, and hence getting out into the sun was out of the question. The intention was to spend some time watching the deep blue sea and calm  the mind. But, it was quite surprising to see Chennaites playing on the beach, braving the harsh rays of the sun. 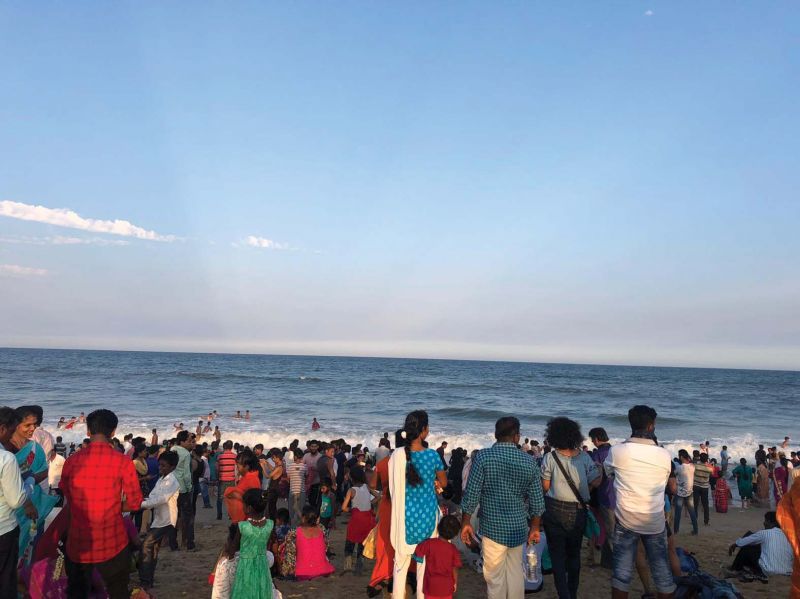 Another destination was Elliot’s beach. The reason to visit Elliot was to see the spot where one of the famous sequence from the hit Malayalam movie Nadodikkattu was filmed. There was nothing more satisfying than standing there,  rewinding that scene in mind.

It was night then. After spending the night at a budget-friendly apartment, the journey was resumed next day. The second day was dedicated to idle about in the streets of Chennai. The days were spend roaming around mainly in the pondi bazaar. The tiny shops in the streets had almost everything one could look for, at cheap rates.

An interesting episode during the day was meeting Vadivel Peter, an auto driver, who dupes as the popular kollywood actor Vadivelu. A man with interesting stories, he made the journey even more interesting by giving anecdotes about the city and himself. He was vocal about his act on stages, movies and places across the globe he has visited. 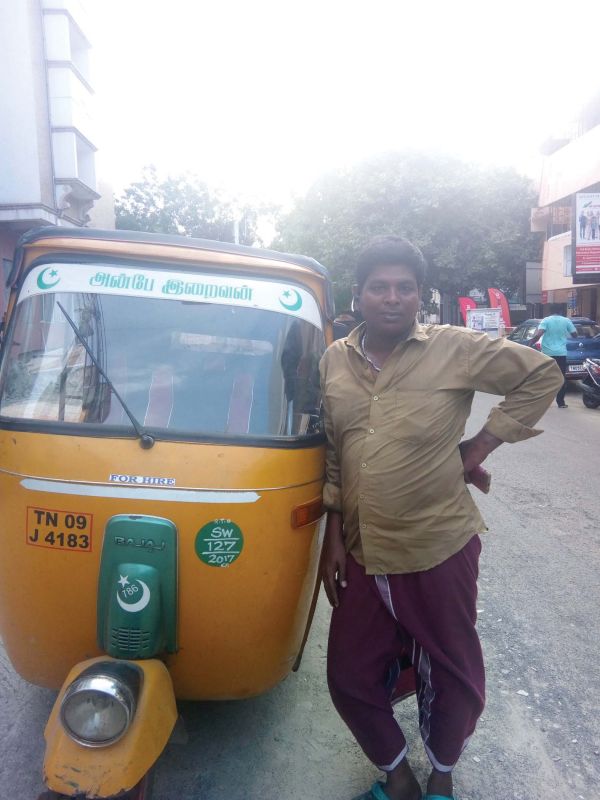 Vadivel Peter who plays the dupe of actor Vadivelu

Another fascinating part was eating from the Writer’s Cafe, which empowers survivors of domestic abuse and acid attack.

In nutshell, it has been a soul refreshing journey. A  journey that taught that it is okay to travel alone, the world is not cruel as we are told to, meeting new person can make you happy, language is not a barrier in travelling and  a change of place can heal mind.

The biggest lesson was that one should travel to unknown destinations at least once in a while to appreciate one’s
will power.