DECCAN CHRONICLE.
Published May 23, 2019, 3:20 pm IST
Updated May 24, 2019, 5:06 pm IST
Here’s an insight into some of the travel attractions that make Melbourne one of the most popular metropolises in the world.

Melbourne is the capital of the Australian state Victoria and is the second most populated city in Australia. Melbourne as a tourist destination has an interesting mix of the old world and the new and is a great place to visit for all kinds of travellers and all age-groups. It is a must- see for history nerds, travel bloggers, avid shoppers, foodies, sports enthusiasts, animal lovers, architecture and heritage followers, night-life lovers, aimless wanderers as well as yes, casino lovers!

The city, which is very well planned with zones for business, shopping and residences, is always buzzing with activity but in a non-intrusive way. As a first time visitor, I was amazed to be in one of the world’s most liveable cities (2011-17) and to witness its culture and lifestyle up close. Here are some of the places in and around Melbourne that have fascinated me the most:

This café has the most delightful spread of chocolates and mouth-watering desserts, while it offers a beautiful view of the expansive Yarra River too. It was heavenly to visit the Lindt café on a hot December day for some cold milkshakes and a chocolate platter, being surrounded by all sorts of tempting desserts. The variety of chocolates, desserts and all things sweet can send anyone in a childlike frenzy. We walked out with our last scoop of dessert in our hands, strolling alongside the river, where street artistes were performing unusual gigs to entertain passersby. 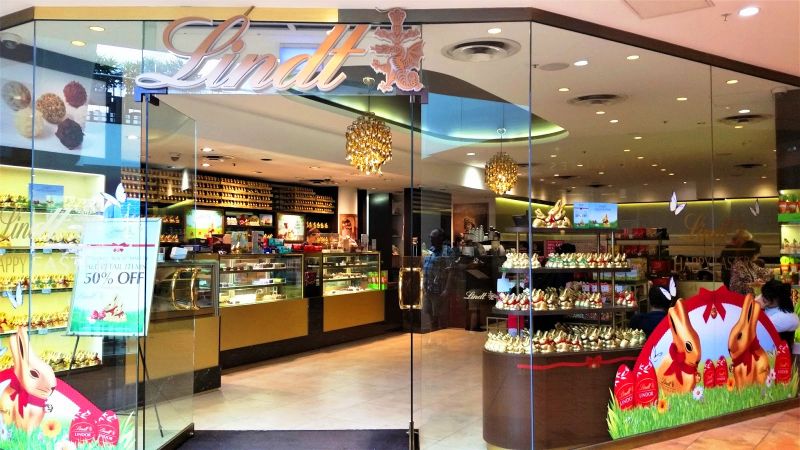 The entrance of the Lindt Chocolate Café in Melbourne. (Photo: Shami Goregaoker)

The Crowne Plaza hotel is perfectly located on the Yarra River, only minutes away from the cafes, restaurants and bars along the South Precinct and Melbourne Central Business District (CBD) shopping. The hotel, owned by media giant the late Kerry Packer, is lavish with glamorous interiors. 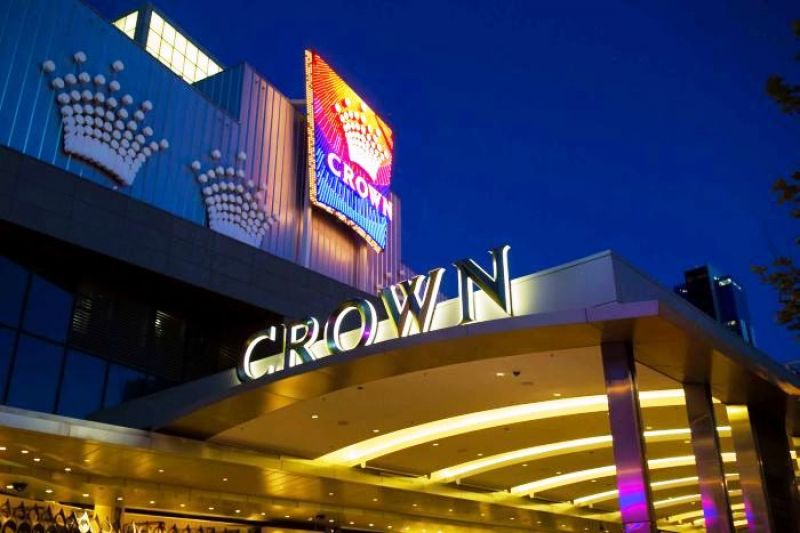 The Crowne Plaza, Melbourne is ideally located within the city and offers a luxurious casino. (Photo: Pixabay)

We ventured into the casino upstairs, hoping it would be our lucky day. The casino offers a wide range of gaming options for beginners as well as seasoned players. The interiors of the casino were flamboyant with custom-made glass cut lights on the entire ceiling and gold and chrome visual screens between areas. The shine and sparkle of the place made you feel uber rich automatically!

We strolled down to Docklands, which is a modern harbour development in Melbourne very close to the CBD. It is a waterfront area along the banks of the Yarra river, with a sought after business district on one side and luxurious modern villas on the other. The business park consists of headquarters of big names like the National Austria Bank, ANZ, Medibank as well as Ericsson. 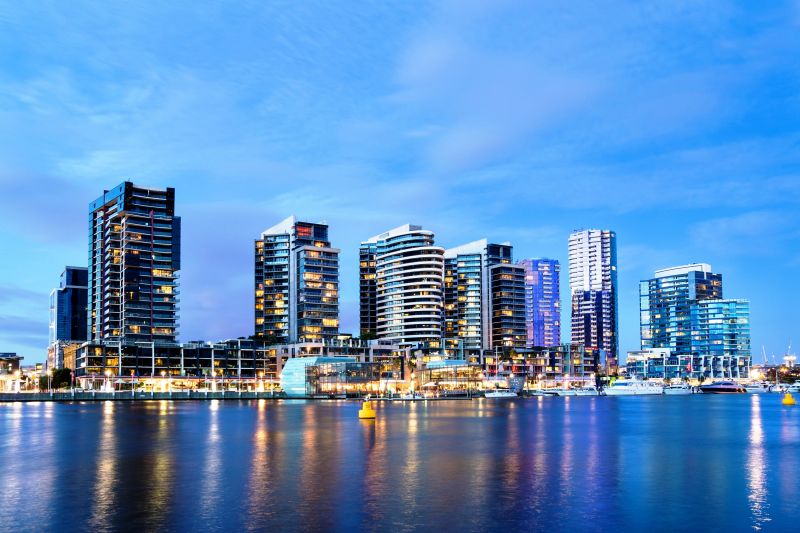 The view of the Docklands harbour at sunset. (Photo: Pixabay)

All buildings are modern and each building is unconventional, transforming the area into a spectacular experience for daily office-goers as well as tourists. On the other side of the river are outstanding luxurious villas, making it a vibrant destination for the well-heeled. The villas offer a beautiful view of the river and there is a range of cafes, restaurants and parks for people to hang out. Docklands is one of the most modern ongoing urban renewal projects and is one of the landmark destinations of Melbourne. 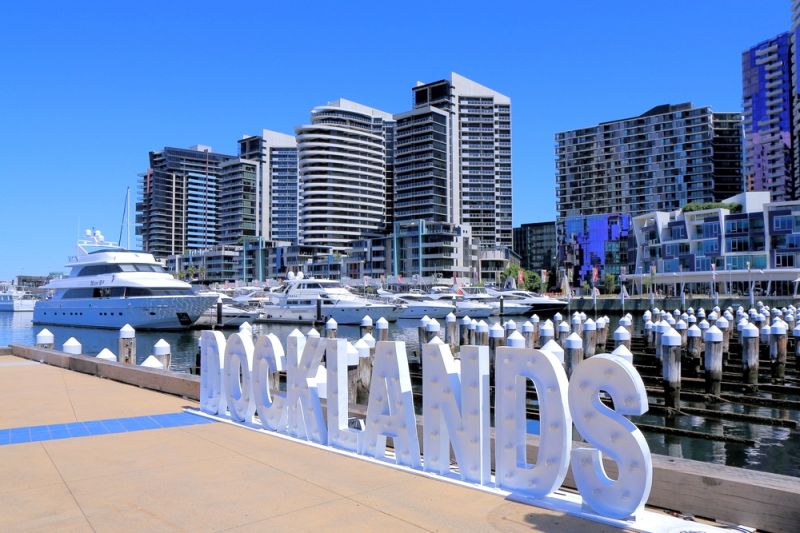 Docklands, the inner-western suburb of Melbourne, is one of the biggest popular tourist attractions of the city. (Photo: Pixabay)

My niece was looking forward to take us to the university where she studied and was really excited to walk us through its huge campus. The University of Melbourne is the oldest university in Victoria with its primary campus in Parkville. The campus is huge and has been extended too, with a delightful mix of period buildings and modern structures. 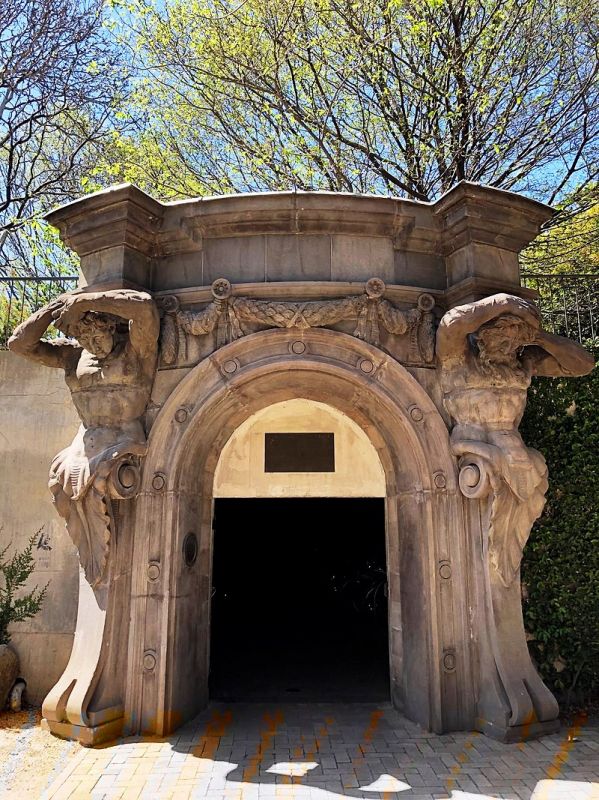 The west entrance of the University of Melbourne, framed by two Atlas figures from the demolished Colonial Bank of Elizabeth Street. (Photo: Shami Goregaoker)

The Old Commerce Building has an interesting story which claims to combine the relocated façade of a bank with a 1930s building. The Bailieu Library building is a modern building with spacious library areas inside. The underground car park called the South Lawn car park is one of the university’s most distinguished features, as it was designed using the most innovative structural systems.

The design comprises a series of reinforced concrete shells with parabolic profiles supported on short columns. The columns encase pipes to drain the soils above for the planting of lawn and trees of the South Lawn. Excavations involved substantial earthworks to retain the lawn at the same level of the 'Old Quad' building, which is the historic core of the university.

The east entrance to the car park incorporates a door from a 1745 house in St Stephen's Green, Dublin and the west entrance is constructed with the salvaged doorway and is framed by two Atlas figures from the demolished Colonial Bank of Elizabeth Street.

The Mornington Peninsula to the south of Melbourne is the scenic, known for its coastal living with traditional Aussie charm. It is the perfect place to unwind, soak up the fresh sea breeze, sample local cuisine and try out some water adventures. We opted for snorkelling to get a peek the beautiful marine life closer to the shore.

Despite being summer, the water was icy cold but fortunately we were protected by the scuba gear. After a detailed instruction and introduction session, we headed towards the jetty for a dive under water. The waters were crystal clear and within seconds we spotted an eel, two puffer fish and a few star fish. It was an incredible experience and none of us wanted to come out of the freezing waters.

*Disclaimer: This article has been contributed by Shami Goregaoker, Design Director, GA design. The facts and opinions appearing in the article do not reflect the views of Deccan Chronicle and Deccan Chronicle does not assume any responsibility or liability for the same.