Pandavapura Where lies buried a glorious relic of French history

Tombs of French army at Pandavapura

There was a time when empires clashed in great war fields, where many were martyred thousands of miles away from their native soil for causes which they believed were dear to their heart and sacrosanct for their country. There are generations who have gone in search of the obscure graves of their ancestors a hundred years later, just because stories of their valour and sacrifice struck an emotional chord in them. One such collection of graves and memorials rests amid the lush green fields of sugarcane and coconut in Pandavapura town, close to the historic Srirangapatna. Interestingly, Pandavapura too has its place in history as it is believed that the Pandavas stayed at a rocky hillock here during their period of exile.

Thousands of years later, the French arrived for trade and to colonise the land bringing with them their soldiers and wares, their culture and churches, so many of which still dot the Indian landscape. M.B. Girish delves into the history of the Pandavapura  tombs and memorials which ignite awe and reverence in the minds of any visitor for they remind us of a different age when the big questions of the day were settled not through lengthy dialogue but by the might of the sword, when chivalry ruled and a man was measured by the intensity of his courage.

The French and Pandavapura share an intricate link, the French army camped in this town hoping to help out Tipu Sultan, the erstwhile Mysuru ruler, when he was battling the might of the British in the 18th century. It is because of this that Pandavapura earned the name, ‘French Rocks’ with history texts revealing that the French even helped Tipu and his warriors in the development of rocket technology and other military skills. 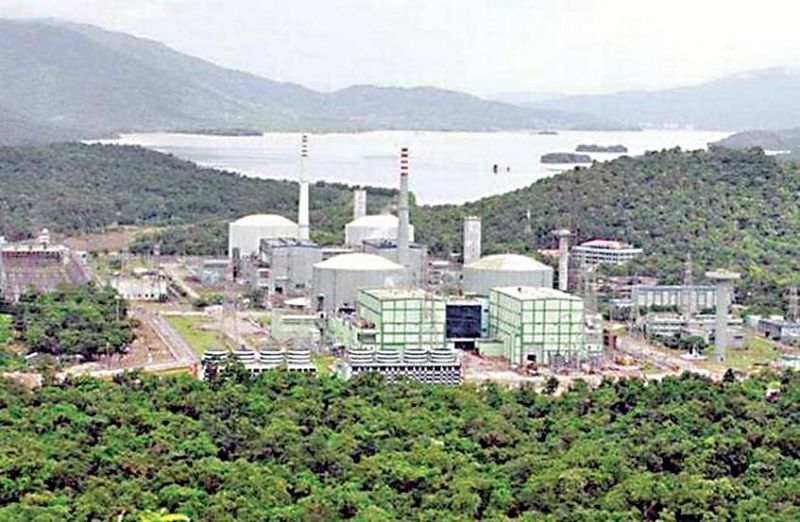 Ironically, before the French army could come to his rescue, the Mysuru ruler was killed in the Fourth Anglo-Mysore War when the British raided Srirangapatna fort, says retired professor of department of ancient history and archaeology, University of Mysore, Mr Ranga Raju.

Many of the French preferred not to return to their homeland dying here—some due to natural causes and others succumbing to ill health. These French tombstones now stand out in the little town where agricultural fields are slowly making way for modern houses. There are as many as 30 of these tombs still around though many of them are in a dilapidated condition.

For a visitor to Pandavapura, the court complex is the ideal landmark from where local residents will guide you to the spot where the French burials happened. Not much has been done to spruce up the place—all that one can see is a fresh coat of whitewash on the ancient burial tombs.

What would deeply sadden any history lover is the pathetic state of the tombs, many of which are highly fragile with the edges falling off while the bricks have been removed from others and the stone engravings are no longer visible. Mr Venkate Gowda, a history professor at a college in Pandavapura says the burial site was covered with vegetative growth until National Service Scheme (NSS) volunteers from his college cleared it. 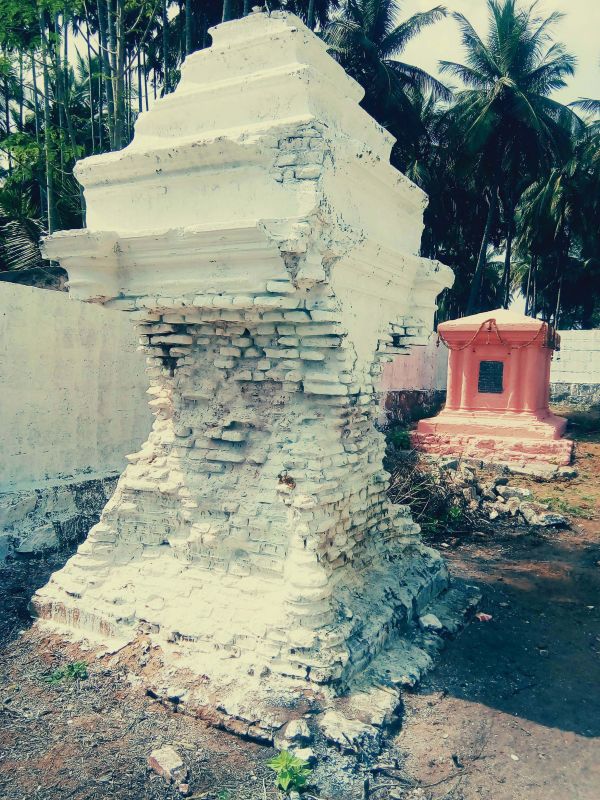 Both Professor Venkate Gowda and Profesor Ranga Raju feel a lot of research needs to be done on these French burials to unravel the mystery behind their extended stay in a remote town like Pandavapura. Dhanya Kumar who was associated with the Pandavapura unit of  Kannada Sahitya Parishat, wants the officials to conduct a survey of the burial site.

Some effort has gone into preserving the tombs for posterity—a few years ago on the insistence of local residents, officials constructed a compound wall to keep away grazing cattle and unscrupulous elements.

What is proving worrisome is the fact that the stone engravings on the tombs which gave details of the names of the deceased, their designations in the French army, their age and cause of  death, have either been removed or have been disappeared making the identity of the dead a mystery.

The  Christian community in Pandavapura still pays tribute to the French by lighting candles and offering floral tribute at the burial site.

Dhanya Kumar says that this precious relic of history should be preserved so that future generations including visitors from Faraway France can savour and relish the history of a town where their ancestors lived, thrived and died leaving their indelible mark. Prof. Ranga Raju feels this could even attract the French coming to Mysuru and wants the department of archaeology, museums and heritage to bring the tombs and memorials under their domain and develop it as a tourist centre.

To undo the wrongs of history, to reclaim all that the colonial invaders plundered and destroyed would be difficult but we could maybe ensure that relics like the French tombstones in Pandavapura, continue to survive to remind us time and again of the rich and multi-hued history and culture of a nation which drew people from faraway continents who had nothing in common with us. And the visiting Frenchman and our own history lovers could perhaps give a fillip to the local tourist economy making sure this town— which carries the hallowed name of the Pandavas too, becomes part of the tourist circuit.