For the love of travel

‘Swing at the end of the world’ in Baños, Ecuador.

26-year-old Ankita Kumar’s travel tales are awe-inspiring. From being a shy, small-town teenager who was afraid to even step out of her home to buy a toothbrush to going away on a four month solo trip to South America, this travel blogger with an impressive following on Instagram has sure come a long way.

Just back from her exhilarating trip to Peru, Ecuador, Colombia and Bolivia, Ankita talks about why she chose to go there. “People are usually scared of travelling to these countries, especially Columbia, owing to the drug scene and violence, but that’s where the thrill lies for me,” shares Ankita. 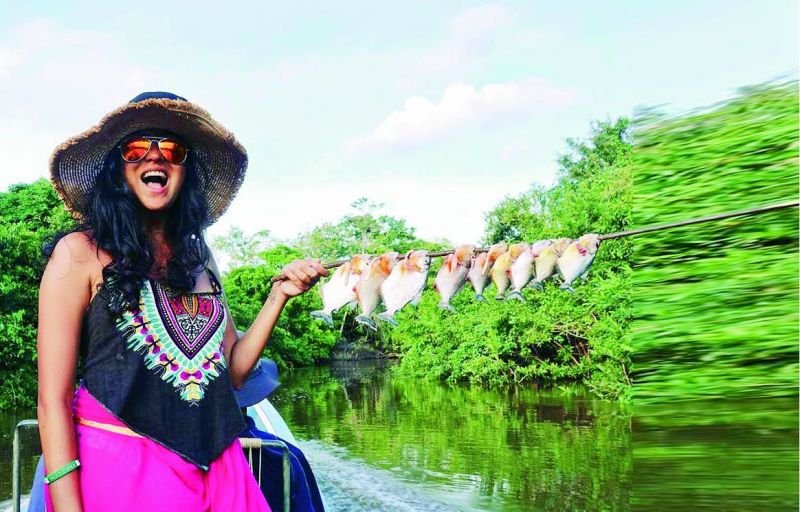 “Once I was in South America, I realised how wrong labels can be. I found the warmest people there. I paintballed in Pablo Escobar’s mansion, swam alongside eagle rays and manta rays, petted iguanas, and did a three-day survival camp in the Amazon rainforest,” shares Ankita. 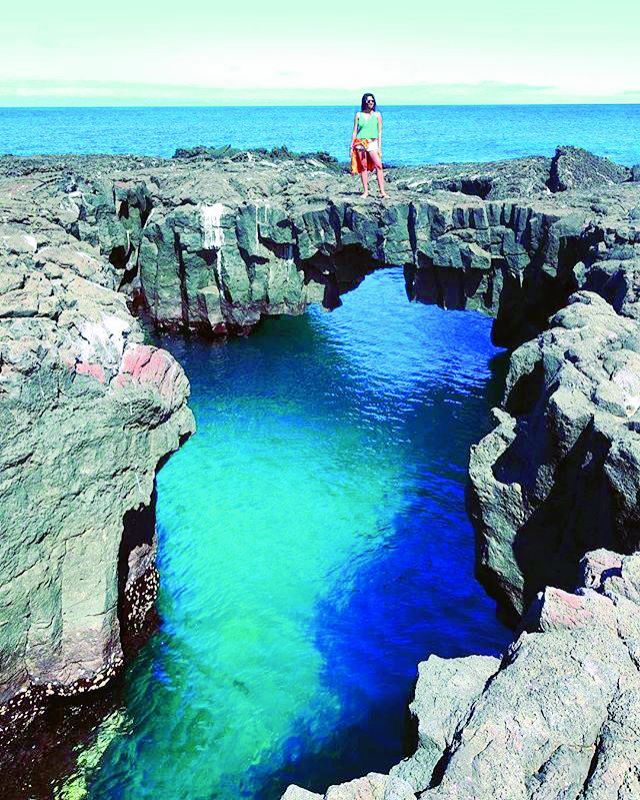 Ankita stands on top of a grotto in the Galapagos Island.

Describing the camp, Ankita says, “We had to fetch water from the river or drink from water-bearing plants. We built a shelter when it was raining heavily and had to survive a night without a fire because everything was too wet. I could hear jaguars and alligators, it was spooky! We even had to catch our own fish and eat live bugs because that was our only source of protein.” She adds, “The rest of the trip was also great. I didn’t get mugged or harassed. I took adequate precautions like leaving my passport back in the hostel, never talking on the phone on the streets, etc.”

Recounting how it all began, Ankita says, “My father was born and brought up in Hyderabad, my mother’s a Telugite and we lived in Rourkela, a small town in Odisha. One of my fondest memories of Hyderabad is from last year, when we flew kites in the Secunderabad Club with my cousins. But it was largely a very cocooned life for me until I turned 17 and went to Bengaluru to study. That’s when I started travelling to near-by places.”

She adds, “I was having a difficult time with my job at a production house and wanted to get away. When I met someone who had returned from Vietnam, I decided that I wanted to go too, by myself. I had saved up enough to go away for a month but I knew my parents wouldn’t be comfortable with it, so I lied that I’d be going with friends! In retrospect, I’d say I shouldn’t have done that and wouldn’t encourage anybody to do so. Try to convince them instead. I had no idea what I was doing. I went there with no knowledge of how to even get a new sim card or that I needed an international card for transactions. But this trip opened my eyes and I fell in love. Then, there was no looking back and I covered many other countries.”

So how does she manage the finances? Ankita  freelances as a filmmaker and gets some of her trips sponsored! “On one of my travels, I met Rohith, a biker who had ridden all across Europe for six months, and got almost everything sponsored for him. He advised me to start writing to companies and I did. So my Peru trip, for example, was completely funded by an adventure company. My travel website is also picking up now,” says Ankita, whose next project is very exciting.

“Three other travellers and I are converting a van into a caravan and travelling the North Eastern states. We’re painting the van ourselves and we plan to pick up a chef along the way, to convert it into a food truck for a day, and if we meet a musician, we may host gigs on the streets,” she says.

Her favourite country in South America is Peru, says Ankita. “I experienced a very spiritual connection with the place. Just a short while into the climb of a mountain next to Machu Picchu, I found myself crying, filled with emotion. It was a beautiful experience,” she says, reminiscing how the clouds at Machu Picchu seemed to engulf them, as if to protect them from the world. “This made me want to visit the mountains in India. I am sure to feel this kind of emotion there too, it is my country after all!” she says as she signs off.