Diving can be experienced even from a depth of one metre.

Joseph Deleesh wanted to celebrate his first wedding anniversary in style. So he recently travelled to Lakshadweep to make the occasion memorable by doing some scuba diving along with his wife.

While the Kochiite has been doing scuba diving since 2008, his wife Anu had not even been inside a plane till then. So for her, it turned out to be an adventure in more ways than one. 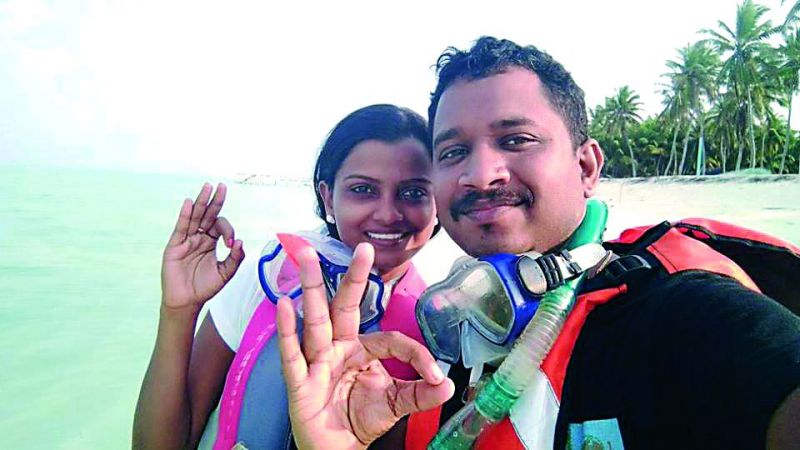 Joseph Deleesh and his wife Anu

“Lakshadweep is the best place for scuba diving in India. It can be defined as the paradise of scuba diving,” says Joseph. The diving at Bangaram island in Lakshadweep was exhilarating but as it was Anu’s first attempt, the couple could not go deeper than 10 metres.

“We went to around 9.5 metres. Diving can be experienced even from a depth of one metre. She really loved the underwater journey and it became a memorable occasion. We could witness the movement of fishes and she was excited to touch star fish and corals under water,” he says.