Shama Cottage, a part of the Kishkinda Trust. (Photo: B. Satish)

"There's more to Hampi than the Vijayanagara empire!" Diminutive but full of fire, renowned conservationist Shama Pawar, founder of the Kishkinda Trust in Hampi, is visibly rankled by this popular misconception. When she first arrived in Hampi in 1997, she found a quiet, riverside town steeped in history, mythology and art. Much of this traditional heritage has been lost to the growing demands of a booming tourism industry. Pawar, whose decades-long journey to revive culture has helped train over 3000 locals in traditional art and craft believes there is no development without empowered locals. She talks to Aksheev Thakur about her mammoth project: restoring the ancient houses in the area and re-adapting them for tourism.

What does the word ‘Hampi’ bring to mind? The relics of the great Vijayanagara empire, the Utsav and the much-loved cafes by the river, perhaps... Tourism might be a booming industry for the town, which is thronged by tourists all year round. Still, the idea of Hampi remains restricted to ruins. Few people know, for instance, that Hampi is believed to be the birthplace of Lord Hanuman, until the year 2001, when the Kishkinda Tails, a collection of mythological stories began to do the rounds. The book is a product of the Kishkinda Trust, founded in 1997 by eminent conservationist Shama Pawar.

Elegantly draped in a saree, her diminutive frame ensconsed in a large couch at a hotel in Bengaluru, Shama Pawar’s frailty belies her feisty nature. “I want to set up a cultural industry to train locals in the performing arts. They can use them to talk of their history," she exclaims, her eyes lighting up at the thought. "The legend of Hampi isn't limited to the Vijayanagara Empire," Pawar says emphatically during her visit to the city to attend Tribute to Hampi organised by INTACH’s Bengaluru chapter.

Originally a painter, Pawar first made her way to Hampi in 1991, where she was instantly enchanted by the beauty of the place with its magnificent ruins, the river running through the town and its rich forests. Even in 1995, two years before she founded the Kishkinda Trust, Hampi remained a quiet, one-horse town, a far cry from the tourist-hotbed it would grow to become. 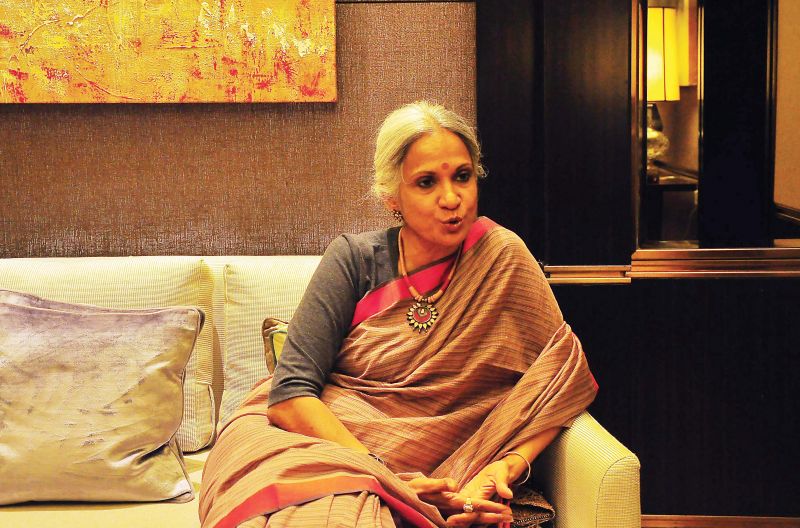 As the change happened, the pressures of development began to encroach upon local livelihoods, architecture and traditions. That's where the Kishkinda Trust comes in. Founded in 1997, it was intended at using tourism to revive the local community. Over 3000 locals have been trained since, in skills like weaving, art forms, solid waste management and handicrafts. The initiative has enabled self-employment, made the women more vocal and given local youths new aspirations: "Most of them wished to leave their hometown for want of job opportunities," Pawar remarked. "Still, a lot needs to be done. The projects we have handled so far have been self-sustaining but the renovation of the centuries-old homes in Anegudi, most of which are dilapidated, requires government attention."

A graduate in Fine Arts and Painting, Pawar had a natural inclination for the arts. In Delhi, however, she developed a fascination for cottage industries. Cleaning up the streets, training rural workers and organic farmer engrossed her completely. "In 2006, I went to Delhi to show my presentation on rural projects we were doing in Anegundi. Amitabh Kant, whom I didn't know at the time, liked my presentation so much that I was offered the rural tourism project," she recalled. It was this project, she says, "That transformed Anegundi."

Reviving traditional architecture in the cradle city of Hampi tops her agenda now - "Tourists will get to experience the anciety city in all its traditional glory and the legends associated with it can be passed on to the next generation, too." It is, no doubt, an expensive proposition, apart from being an intensive process. "The plan is to restore these homes and convert them into tourism-oriented business incubators. All of it will be done with minimum interference with the existing landscape," explains Pawar, who has sought assistance from the Department of Tourism.  The Skill Development Department of the state government has already chalked out a plan to improve the site. "I just hope that the Tourism Department initiates the process, for locals are ready to participate in the change."

"Renovation at the moment is haphazard, nobody really knows what needs to be done," she said. "If these houses are renovated, pilgrims and tourists can stay in them when they visit. A revolving fund with planned infrastructure can accommodate thousands of tourists. This should happen seamlessly, without disturbing the site's ambience and serenity," Pawar says. This adaptive reuse of traditional homes for tourists can only be achieved with sustained efforts by the government, locals and the private sector. "Any heritage conservation that takes place in Hampi should benefit the people of Anegundi."

Have the Himalayas all to yourself