This year's Carnival across Brazil starts under the cloud of the mosquito-transmitted Zika virus. (Photo: AFP)

Rio De Janeiro: Rio's Carnival -- a five day festival of dancing, bared flesh and wild costumes -- go underway in the face of warnings that the Zika virus might make even kissing dangerous.

Mayor Eduardo Paes handed a big golden key to the city to the Carnival's ceremonial King Momo, who promised a spectacular show.

"With great happiness, brotherly love and peace, I declare the best Carnival on Earth open -- our Carnival in the Marvelous City," the dancing king, who is elected ahead of the festivities, said on Friday.

The annual mega-bash famed for lavish -- and skimpily dressed -- samba parades and all-night street dancing is expected to attract as many as five million people.

In Sao Paulo, Brazil's most populous city and its economic capital, Carnival celebrations were kicked off under intermittent summer rain, with a tribute to Carlinhos de Jesus, one of Brazil's most famous salon dancers.

This year's Carnival across Brazil starts under the cloud of the mosquito-transmitted Zika virus, which normally provokes few ill effects, but is blamed for an outbreak of serious birth defects in babies born to mothers infected while pregnant. 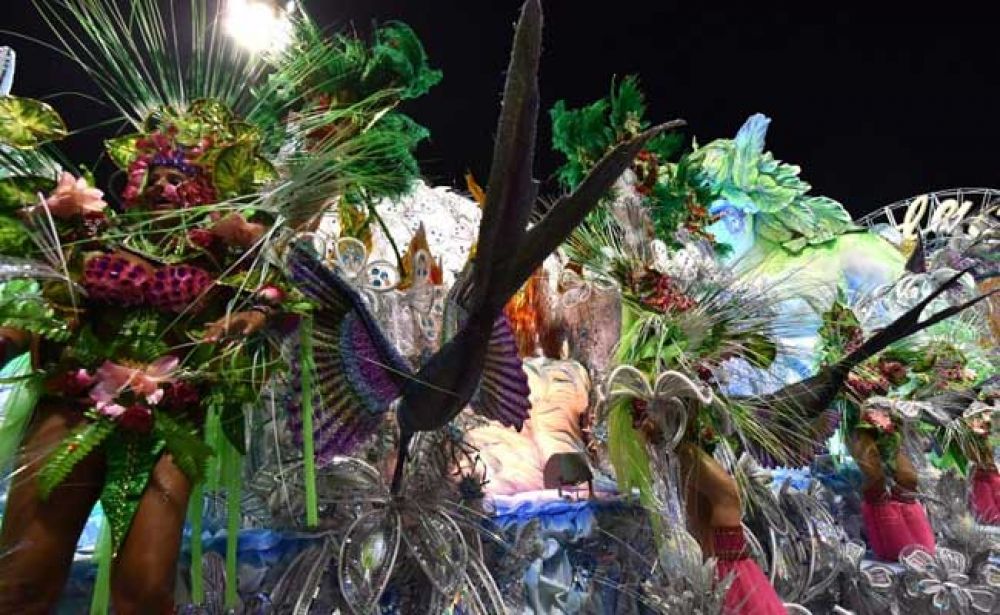 Dancers perform during the first night of the carnival parade at the Sambadrome. (Photo: AFP)

The scare gripping Latin America took a new twist with the announcement that the virus -- so far believed to be transmitted almost exclusively through mosquito bites -- can be detected in saliva and urine.

There is no proof yet that Zika can spread through bodily fluids, said Paulo Gadelha, head of the Fiocruz institute in Rio de Janeiro.

But he still advised pregnant women "to avoid kissing."

"Given the possibility that this form of transmission might exist, pregnant women should take precautionary measures," he said.

US authorities, meanwhile, recommended that people in Zika-prone countries avoid sex or use condoms -- after they confirmed a person who had traveled to Venezuela infected a sexual partner in Texas upon return.

The growing alarm over Zika -- and uncertainty over how the virus can be transmitted -- comes at the worst time for Rio, where some one million tourists are expected to join millions of locals at parties and parades.

In August, Rio will become South America's first city to host the Summer Olympics, and there are mounting fears that the mega-event will be disrupted.

Foreign governments are lining up to urge tourists to avoid countries hosting the Zika-carrying mosquito, and Brazil itself has specifically advised pregnant women not to come to the Olympics.

Ahead of Rio's Carnival, city authorities announced a program of fumigation and eradication of potential mosquito breeding sites that will intensify in the run-up to the Olympics. Authorities are also pointing out that in six months, it will be the southern hemisphere winter, meaning many fewer mosquitoes.

Canceling the Games, said Brazilian Sports Minister George Hilton on Thursday, "is not under discussion."

The Carnival peaks on Sunday and Monday nights with the competing samba parades at the Sambadrome, famous for their choreography and extraordinary costumes.

But like the rest of Brazil, Rio de Janeiro is struggling with deep recession and the economic hurt has extended to the Carnival industry.

Big ensembles competing in the Sambadrome say that city funding has dried up and that private sponsors are also running scared, while the plunging value in the national currency means importing mostly Chinese fabrics for costumes has driven up prices. 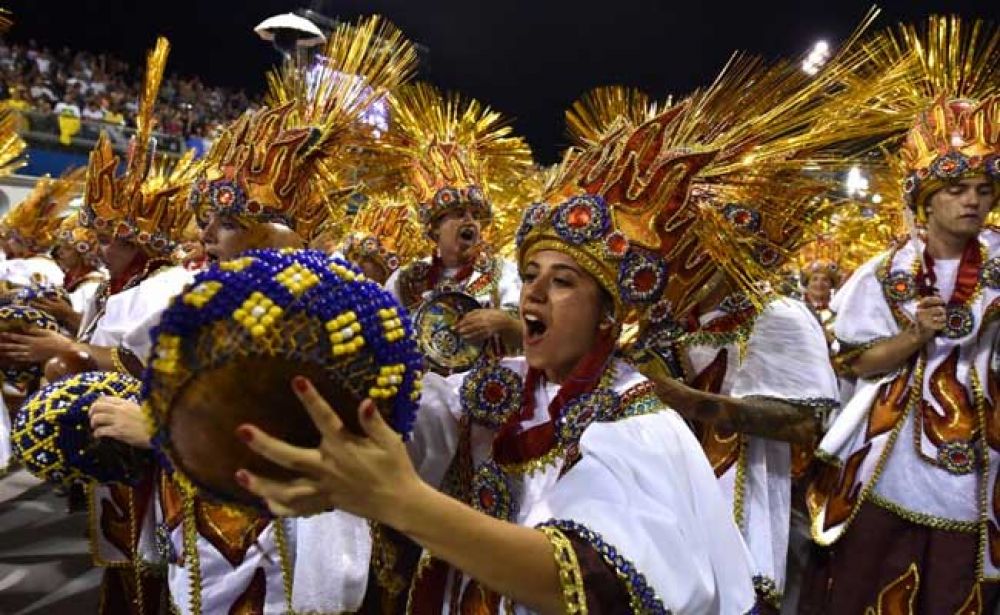 Revelers in colourful costumes at a performance rehearsal for the Rio Carnival. (Photo: AFP)

"The situation has been difficult for four or five years, but this year was worse because everyone is in crisis and prices are rising," the administrator of the Uniao da Ilha samba school, Marcio Andre Mehry de Souza, said.

A saleswoman at Souad Modas, a store selling the kinds of costumes used in informal street parties, also said times were tough.

Another costume seller, Teresa Curi, 61, said she was still looking forward to the weekend."Carnival is for forgetting all this," she said.