Solo sojourns across the world

A selfie from Greece.

“We must go beyond textbooks, go out into the bypaths and untrodden depths of the wilderness and travel and explore and tell the world the glories of our journey.” This quote by John Hope Franklin perfectly encapsulates what Texas native Alex Chacon did. An alumni of the University of Texas, where he graduated with Honours in Biomedical Sciences, Nutrition and Chemistry, he decided to fulfill his lifelong dream of travelling the world before beginning his doctoral studies. Well, nothing special there. But wait, Alex embarked on his journey in an amazing way — on a motorbike, selling everything he had at the beginning of his journey, including his car, TV and clothes. He departed his hometown of El Paso, Texas, with nothing to return to, living only out of his motorcycle for the next 3 years. 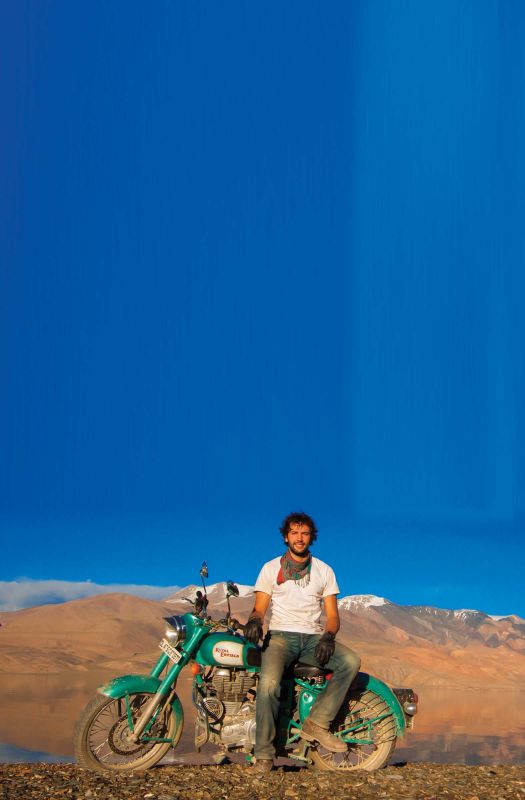 “I started off from Alaska and rode to Argentina on a motorbike for 500 days and then continued to travel after that,” he informs. He soon crisscrossed the globe on his motorcycle, travelling through more than 50 countries, crossing more than 80 borders and 5 continents, clocking more than 200,000km. In the process, he met and saw some unique people and places, which he has documented in his videos. He put together a 360-degree video selfie titling it ‘Around the World in 360 Degrees’, which went viral.

The video traverses deserts, plateaus, canyons, places of worships, historic sites, ice floes, jungles, rivers and even goes underwater. He says, “This video, was a 3-minute story to showcase my life and the experiences of the last 3 years. It’s the most fun I’ve had making a video and the best video I’ve ever made.” He works to raise awareness for charitable causes through his travels. 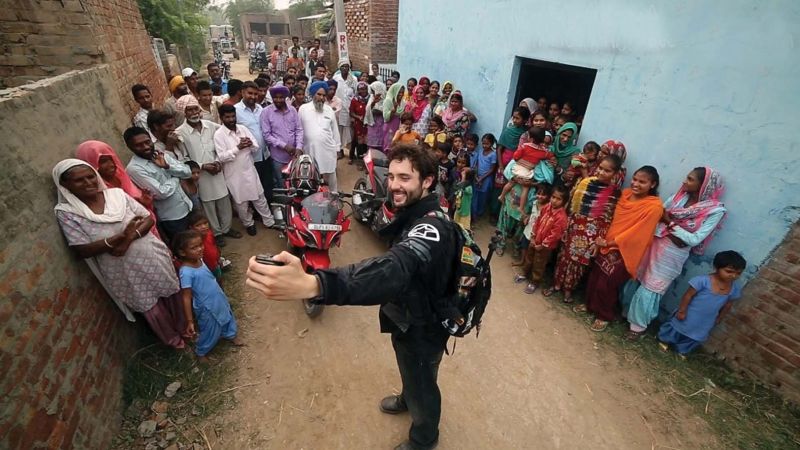 By taking the biggest risk of his life, Alex found his life changing. Travelling gave him fame and a sense of fulfillment that continues to drive him even to this day. Today, he is the most followed motorcycle adventure rider on all social media combined and is credited with having taken the ‘Most Epic Selfie of 2014’ according to CBS News. He is also a YouTube Video Producer, International Traveler/Blogger, Social Media Influencer, Professional Photographer and an Inspirational Speaker.

Alex was in India recently as a part of the Ministry of Tourism and Government of India initiative called ‘The Great Indian Blog Train’ that had bloggers from all over the world. Alex started off from Bengaluru, travelling by train through the length and breadth of the state. India offered him unity in diversity — a new experience. 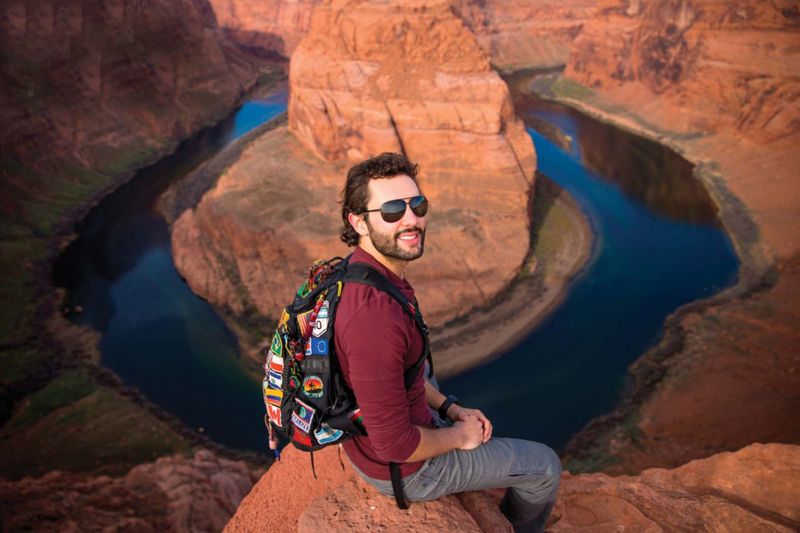 He says, “India is such a diverse and incredible country. I love it. The people, the noise, the smell, it’s truly an experience that most people never forget when they visit. My best experiences have been taking selfies with random strangers and sipping chai with locals on the streets. India presents certain challenges to the western traveler like clean food, but I always see it as part of the experience.” After he finished his train journey as a part of the government initiative, he immediately hopped on to a Royal Enfield Bullet and is currently travelling around India, clicking selfies with locals and sharing their food and hospitality. Riding a motorbike is when he is in his element and what he strives to do in every country he visits and of course, click his selfies!

Alex has a large number of followers and that pushes him to raise the bar. He keeps himself busy continuously producing digital content for his channels and updating his social media with information about motorcycles, adventure riding, unique activities/customs in different countries and exotic travel, transportation options or lifestyle in general. 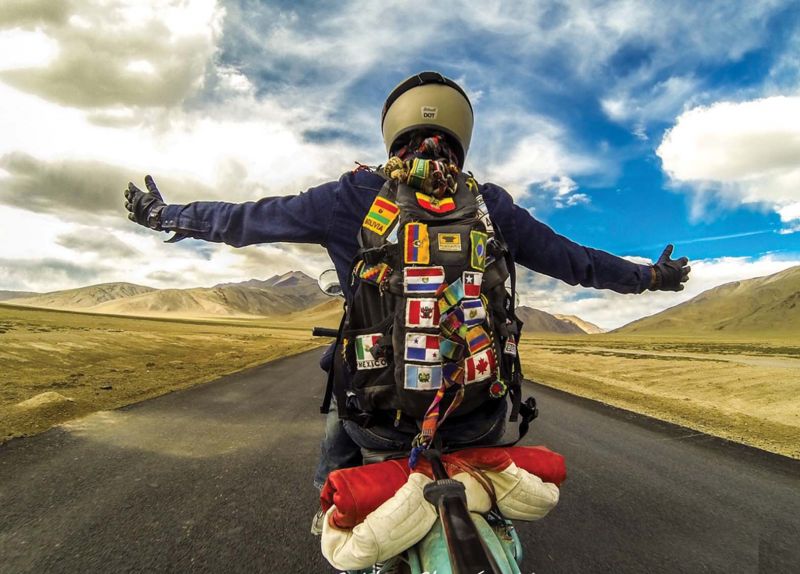 Of course, embarking on an odyssey of epic proportions is not without its set of challenges as he describes. “The challenges are — financing such journeys around the world, filming them and publishing them on my YouTube channel. The joy is being able to share these adventures and experiences with the world,” he says.

He has also seen his share of dangers up close and personal like his website informs, “I’ve faced life endangering situations like being stranded for 4 days without food and a broken motorcycle in the most remote part of Patagonia, bureaucratic corruption that got me arrested/detained various times in Central America and the Middle East, to being robbed in intense crime-stricken areas, dealing with natural disasters that wiped out entire villages and roads, to sleeping in parking lots/next to rivers with malaria-infected mosquitoes, running out of money only 200 miles from the tip of the continent, and even dealing with the suicide of a fellow travel companion while on the road, all while raising funds internationally for charity from sponsors and individuals following my journey online.” 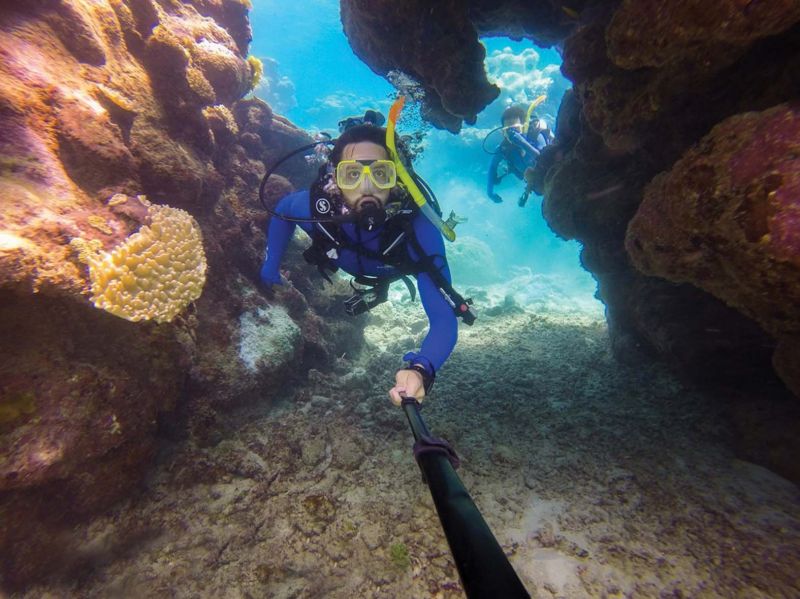 For a man who has travelled the world and seen sights that not many would be privileged to see except in photographs, Alex finds it difficult to pick out his favourite destinations. He says, “The Northern Lights in Alaska, the Uyuni Salt Flat in Bolivia, the deserts of Egypt and the Himalayas here in India have been some memorable sights and experiences,” he finally zeroes down.

Before ending, when asked about what he hopes to achieve through his continued travels, he replies, “This 3-year saga and my continued travels around the world are ways for me to grow and learn as well as to create digital content that I share on my social media pages that inspires, educates and influences other people to do something different and enriching in their lives; to have an adventure or just be kind to others. I hope everyone who learns about what I’m doing will be able to find happiness and direction in their own lives.”