Neeraj George Baby from Aluva in Kerala has a bucket list and he is obsessed about fulfilling them one by one, even if he doesn't have a leg to support him.

For Neeraj, a passionate trekker, exploring the mountains is nothing new. He has already scaled Karnataka's third-highest peak Tadiandamol, Pakshipathalam in Wayanad and Kurinji in Tamil Nadu to name a few. A recent addition to the list was made by Neeraj when he decided to conquer in places beyond India and he picked Mount Kilimanjaro, the tallest peak in Africa, to climb on crutches.

“I love nature and from childhood I had love towards sports. Travelling and trekking are my passions. I wouldn't sit inside four walls and so I always loved to travel even if it's only small trips”, explains Neeraj. 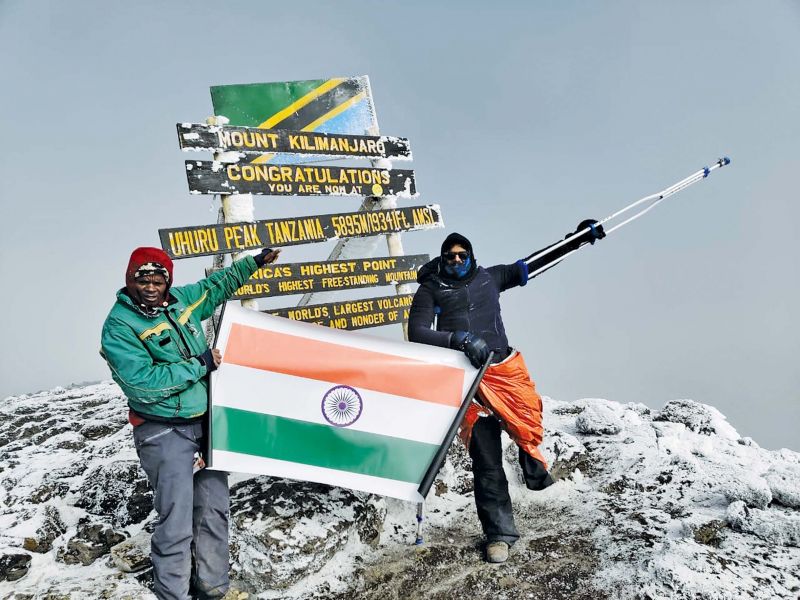 The youngster scaled the 19,341 feet summit using his crutches to prove that nothing is impossible if you have determination and courage. Neeraj lost his limb due to bone tumour in the age of nine but the disability only made him stronger. Also a para-badminton player, he has won many national and international accolades as well. In 2007, he played made debut at the national level.

“Kilimanjaro was a varied experience. We started the travel on October 10 and finished it on the 16th.  Sure, it’s painful to be on crutches so much and it’s a tedious process. Especially when the terrain is iced, for instance on Kilimanjaro, but in my mind, I am comfortable”, says, Neeraj.

He also mentions that he climbed for a cause, adding, “The government has introduced 3% taxes and GST to accessibility goods including wheelchairs. They are giving many reasons for it as well.” So his latest expedition comes with a cause to make a plea for waiving these extra taxes.

“I feel people have to take life a bit slower than taking it quick and that's what I follow”, concludes Neeraj.  But his disability has never been an excuse for Neeraj to move on and celebrate his life, at a speed he likes.