Abandoned by their own, these children find new moms, dads

Prof Joshua Andrew Brooks and his wife Kaylee with Poorvik.

Hassan: Abandoned at birth and cared for by an adoption centre, two children,  one with a cleft palate and another suffering from Hepatitis B, have now found homes with couples from the USA and Finland.

While Poorvik, who has a cleft palate, has been adopted by professor Joshua Andrew Brooks, who teaches finance, and his wife Kaylee, an internationally certified teacher in Baccalaureate from the USA, one-and-a-half year old, Gauthami, who suffers from Hepatitis B, was adopted by Eva and her husband from Finland.

The children were in the care of the Tavarina Thottilu Adoption Centre, in Hassan. The Brooks, who already have a three-year-old son, Elijah, were happy to make Poorvik a part of their family.

“Every orphaned child needs a home and Poorvik is a good match for our home. We saw and fell in love with him,” said Prof. Brooks, adding that he would be  treated for his cleft palate and malformed toes before he started school.
“Elijah is excited by Poorvik’s adoption,” he added. 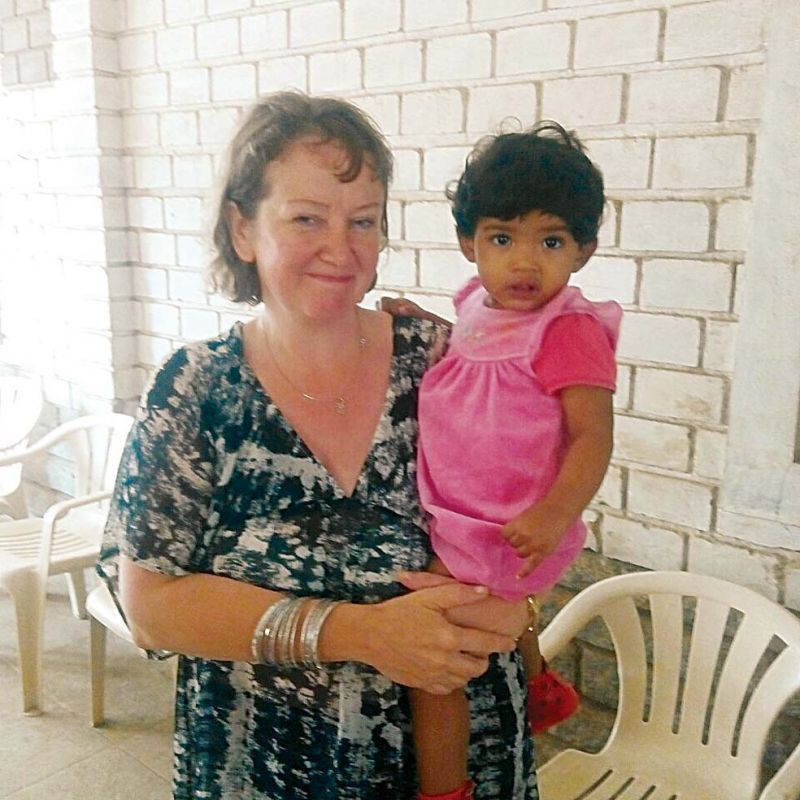 “I have always wanted a  big family. We will first make sure Gauthami gets the medical attention she needs and then admit her to school,” said Eva, adding that her 11-year-old son, Nicky felt Gauthami’s adoption was the perfect birthday gift for him.

While Prof Brooks and Kaylee have left for the USA with Poorvik, Eva and her family will leave with Gauthami for Finland in a couple of days.

Managing trustee of the  Tavarina Thottilu Adoption Centre, Dr Palaksh said the adoptions were done on humanitarian grounds and followed all the rules and guidelines of the Central Adoption Resources Authority.

Since 2011  Tavarina Thottilu has given up 96 children for adoption within the country. Poorvik and Gauthami are the first to be given up for adoption to couples from abroad.