English footballer Wayne Rooney hit headlines after it was revealed that he “kissed and cuddled (with)” Laura Simpson, while his pregnant wife, Coleen, was abroad. Rooney was arrested for drunk-driving the same day and Laura even claimed that the two could have taken things further if not for the arrest. Now, the latest buzz is that Coleen has asked her husband of nine years to take a break from football to save their marriage. Though she has been spotted without her wedding ring since the incident, she is probably trying to make the marriage work for the sake of their three children and the child they are expecting.

However, this is not the first time that a celebrity wife or girlfriend — despite her partner’s affairs and strained relationships — has put on a tough face. Some past instances to be looked are Hrithik Roshan and Sussanne Khan, Brad Pitt and Jennifer Aniston, Sourav and Dona Ganguly, David and Victoria Beckham,  Sanjay and Zarine Khan, Amitabh and Jaya Bachchan… and the list goes on. While in some cases the wives decided to be strong and move on, the others did everything they could to save their relationship. 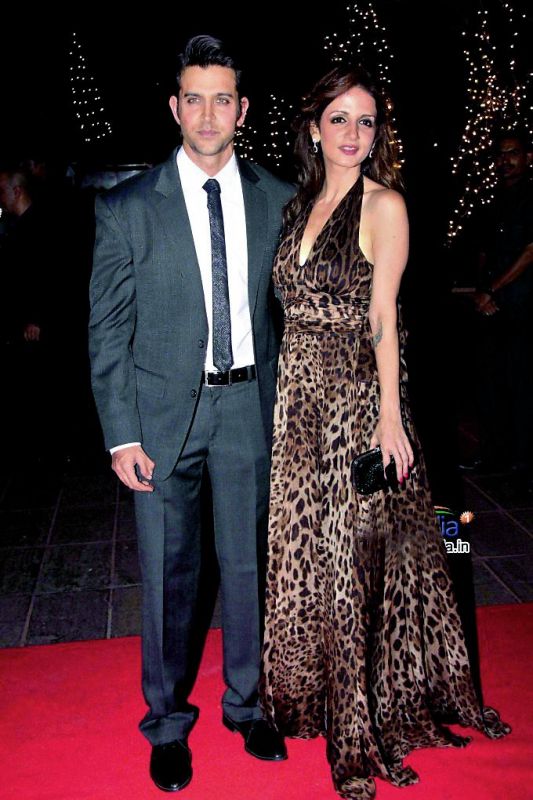 Experts tell us more about why women stand by their erring husbands. “Men cheat for a lot of reasons; one of them is that they are impulsive and do not realise the consequences of their actions. Plus, a lot of men are selfish and do not feel empathetic towards their wives the way women feel towards their family,” says relationship expert Richa Khetawat, adding, “Sometimes men also cheat due to unrealistic expectations they have from their partners, sexually and otherwise — once not fulfilled, they seek it externally.”

Issues like alcoholism can influence the way people think and make them take impulsive decisions, just like in the case of Rooney. “Many people stick on in marriages despite serial or multiple infidelities largely for economic reasons, for the sake of the children, or under family and/or societal pressures,” informs Dr Vijay Nagaswami, psychiatrist, relationship consultant and author.

“When men do not get what they want, that is when they look out. In spite of this, their wives may not leave them because of their financial or social status. But if women, such as Sussanne or Jennifer, are independent, they don’t care about anything when they decide to walk out of a relationship,” says Harpreet Kaur Kandhari, relationship expert and energy analyst.

The mistaken belief that one can find happiness from relationships other than one’s own, is also why people often cheat. While troubled relationships detract from happiness, a smooth one may not provide happiness either. According to Dr Vijay, it is our cognitive processes that determine whether we achieve happiness or not.

Another interesting point that the experts make is that women are naturally more protecting and forgiving. “Men get more affected by work stress and conflicts in relationships. So they look out for happiness outside their marriage. In most cases, they do not look for emotional support but merely sexual pleasure, whereas, women want to protect their family, even when they themselves need help and support. Women are more forgiving and mature,” concludes relationship expert Dr Srikanth Acharya.