Entrepreneurial exes meet once a month, bringing their baggage -- emotional and literal -- to a converted cottage on a leafy Hanoi street. (Representational Image)

Entrepreneurial exes meet once a month, bringing their baggage -- emotional and literal -- to a converted cottage on a leafy Hanoi street to find a new home for items they can no longer bear to look at.

It's also a means of moving on. 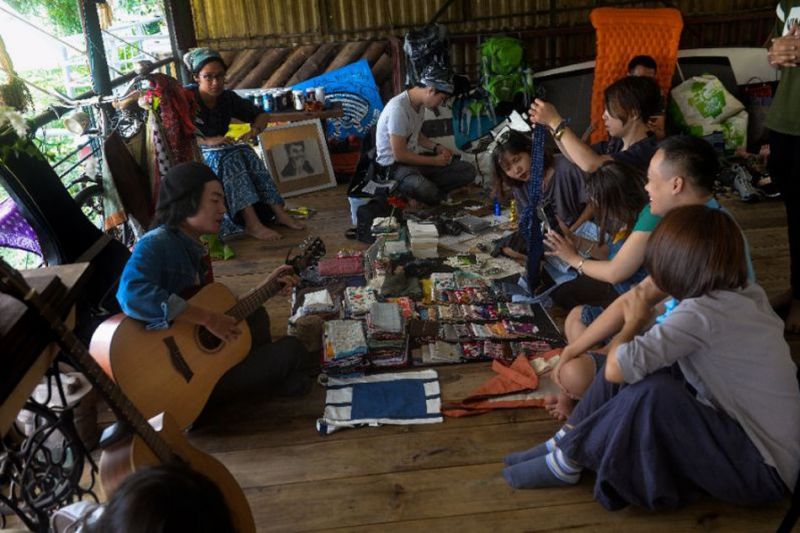 "(After a breakup) I'm very sad, I can't drink or eat... but after a while I pick myself up. The past is in the past," said Phuc Thuy, 29, who was selling clothes, purses and even a tube of toothpaste she acquired during a former romance.

The market has steadily grown since it opened in February, especially among Vietnam's social-media obsessed youth, unabashed about sharing intimate details of their everyday lives.

"Young people are more open-minded and they want to share deeply and widely to overcome pain, without suffering alone," said founder Dinh Thang, as a visitor strummed love songs on a guitar nearby.
Ex-lovers bring their baggage - emotional and literal - to the market held in a Hanoi cottage. Hoang Dinh Nam, Agence France-Presse

He started the market after a few bitter breakups left him with unwanted paraphernalia from a now extinguished passion.

He proudly displays love letters, heart-strewn birthday cards and sentimental scrapbooks from his ex as a reminder that such memorabilia need not be painful forever.

For those who haven't quite reached Thang's stage of emotional post-breakup enlightenment, he's set up a message board to pen notes to exes.

"To all my ex-lovers, I'm sorry because I feel like we never really knew each other," read one remorse-tinged message. Another was more succinct: "I'M FINE!!!"

Social attitudes have changed as the country has become increasingly globalized and as its vast young population -- more than 50 percent of the country is under age 30 -- embrace western dating norms.

Today, men and women are waiting longer to get married and divorce rates are also ticking up, according to official figures.

"We don't want to give up our freedom too early and get tied to family responsibility when we're young, we want to enjoy life before getting married," Tien, 25, added.

For some, the Old Flames market is simply a place to make new connections, romantic or otherwise.

"I came here to meet people and to see the goods, explore why they used to be a very beautiful memory," said Tieu Khuy, before picking up a used copy of Jane Austen's "Pride and Prejudice".

■How favouritism could have negative effect on child-parent relationship
■It’s good to have a friendly relationship with your kids: Irrfan Khan
■US-India relationship has important geo-economics dimension: US Assistant Secy