THIRUVANANTHAPURAM: Romy and Bijili, a three-year-old hyena pair, have landed safely at the Thiruvananthapuram Zoo from Kanpur Zoological Park on Monday evening, in exchange for a pair of white and brown rhea, which are flightless birds. The hyena pair will be exhibited before the public in a few days after it gets acclimatised with the new environs. The female hyena, Bijili, has been infested with maggots which the authorities believe must have happened during the transportation from its enclosure at the Kanpur Zoological Park.

A top zoo official told Deccan Chronicle that fortunately the wounds had been healed by the time the two animals had landed here. “The wound is nothing serious. During the inbound journey by train, we gave medicines, and it healed. But we will keep the two under observation for the next few days before exhibited,” he said. “The to and fro Thiruvananthapuram – Kanpur trip has been hassle free with the railway authorities giving wholehearted support." 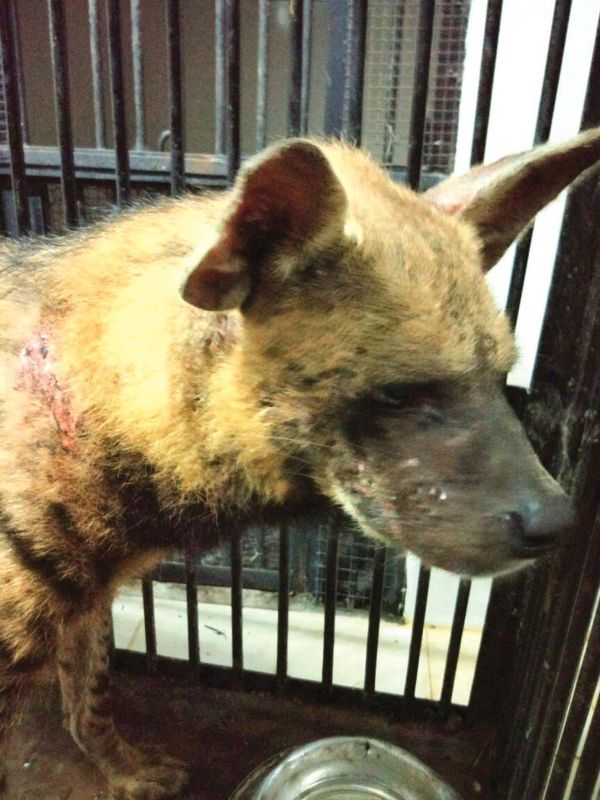 K. Gangadharan, museum and zoo director, told DC that everything happened as per the plan. The contingent comprising T. V. Anil Kumar, zoo superintendent, and Dr Binoy C. Babu, a veterinary surgeon at Thrissur Zoo, ensured that there were live chickens procured from Kanpur Zoo as feed for them. “As and when they required food, the keepers killed the chicken and fed them,” said Dr Binoy. Just before the festive season on the anvil, the pair will  be transferred to the open  enclosure where visitors would get an opportunity to see  them in a natural environment. Until then, they will remain at the veterinary hospital in the zoo and from there to the  animal enclosure adjacent to the open one.