From a tiger-protecting deity to a threat: Wildlife activist

Several electric poles have been erected from Kamala farm to Huliyamma temple. (Inset) An old picture of the temple (Photo: DC)

Bengaluru: What an irony. A temple deity that personifies the tiger and its glory, has become the cause of disturbing the tranquility of the forest. The Huliyamma temple in the Kundkere range of the Bandipur Tiger Reserve is being developed by the local villagers.

They have successfully managed to put up electricity lines and attach a submersible water-pump to the temple recently, which is a clear violation of the Karnataka Forest Act, says a wildlife activist.

The Huliyamma temple near Mangala village abuts a water body and is an area that connects Lokkere reserved forest to Bandipur Tiger reserve. Piles of elephant dung around the area stand testimony to the fact that this region is heavily used by a large number of tuskers as part of their corridors.

The temple, which at one time was only a small stone idol worshipped by local villagers, gradually became a small shrine until it turned into a full-fledged temple a  decade ago. In 2012, efforts to build a concrete structure were thwarted by the Bandipur forest department. However, the current developments have gone unnoticed by the local forest administration in spite of the temple being located very close to the CF office in Bandipur, claimed the activist.

Several electric poles have also been erected from Kamala farm to the temple. Such non-forestry work is a clear violation of the Karnataka Forest Act. The work of erecting electric poles and drawing power lines in Bandipur tiger reserve is in evident  violation of sections 29 and 35 of the Wildlife protection act 1972 and NTCA advisory, the activist stated.

There are numerous such temples inside Bandipur tiger reserve. These were originally small nondescript idols a couple of decades ago. By and large these temples are being developed in a small-scale manner. Certain forest officers have opposed such developments, but many officials have turned a blind eye and allowed provisioning of resources such as roads, borewells and in this case even electric supply lines, the wildlife activist added. 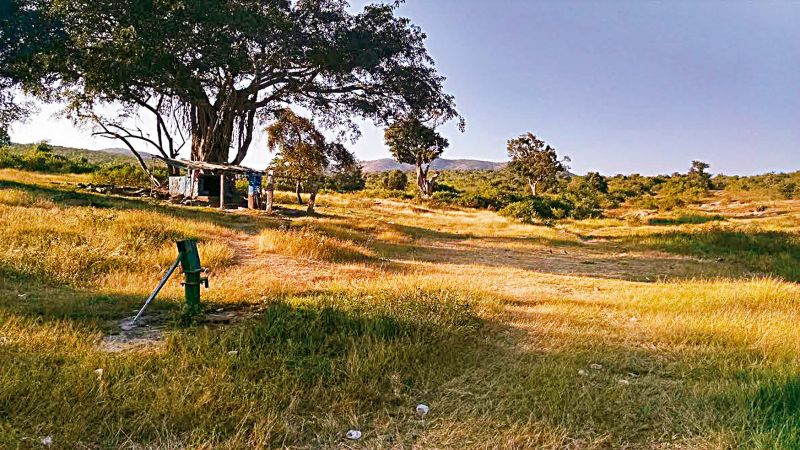 Even the number of pilgrims and tourists visiting the temple have been on the rise.

Belladkuppe temple, situated in the core area of Bandipur tiger reserve, is an example of human-induced disturbance and how a small inconspicuous temple can grow to unmanageable levels by endangering rich bio-diversity and wildlife. Over the years, due to the silent acquiescence of the forest department, the temple has developed with good, accessible roads and water supply. Even the number of pilgrims and tourists visiting the temple have been on the rise.