Lifestyle Environment 26 Dec 2017 No way to save overf ...
Lifestyle, Environment

No way to save overflowing water from Thiruvallur lakes

Water overflows from a lake in Thiruvallur after good rainfall received this Northeast monsoon. (Photo: DC)

Chennai: Lakes in Thiruvallur district are full following good Northeast monsoon rains this year. Over five lakes, including Ambattur lake, Korattur lake, Retteri and Poondi lake are overflowing, but authorities have not taken any action to store the overflowing water.As the reservoirs are full to their capacity, residents hope that these water bodies have stored enough rainwater to prevent water shortage like last summer.  But, to their great disappointment, the water overflow goes to waste as the lakes have not been deepened. The linking of the lakes had been promised many times, but nothing has been done. 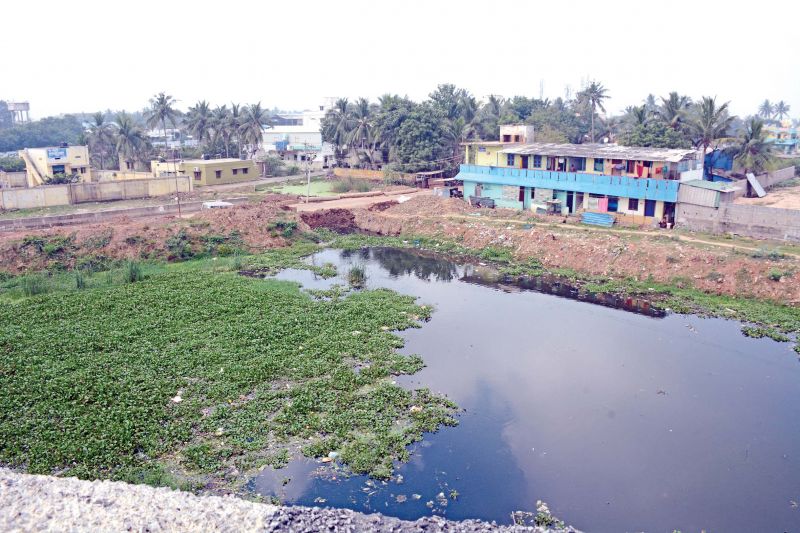 “Civic body and public works department officials had only completed the demarcation procedure to link the storm water drains to the lake. But, the water overflow continues and linking has not been done to prevent the same. The lake can be dug few more feet and thus more water can be stored”, said S. Vijay, a resident of Korattur. Agreeing with Vijay, K. Srinivasan, a resident of Ambattur says, “During heavy downpour the overflowing water from the lakes reaches the houses of the residents and authorities take temporary measures to eliminate it. Deepening the lakes will help resolve the issue of inundation of localities”.

However, authorities blame the encroachers saying that storage capacity is often affected due to encroachments in spite of regular clearance. When contacted, a senior official from the district administration department said that the major reservoirs are occasionally dredged and deepened to prevent water loss due to overflow. “Poondi and Cholavaram lakes in the district were dredged earlier this year while Korattur Lake was deepened and de-silted at the cost of Rs 1 crore before the onset of Northeast Monsoon. The authorities will plan to deepen the lakes depending on the water-spread area as per the suggestions from the PWD. The linking of the lakes had been initiated already and will be completed shortly”, the official said.