The front lawn of the Pet Basheerabad ACP office.

Pet Basheerabad ACP has acted on his environmental goals by turning the police station green. The saplings, planted just months ago, are now quite a vision.

“There is a proverb in Telugu — intini chusi illalini chudu (see the house first and then the wife). I want to follow that policy. The police station is a place where everyone comes with their grievances and I want to make them feel comfortable with the surroundings,” says Pet Basheerabad ACP Ande Srinivasa Rao. 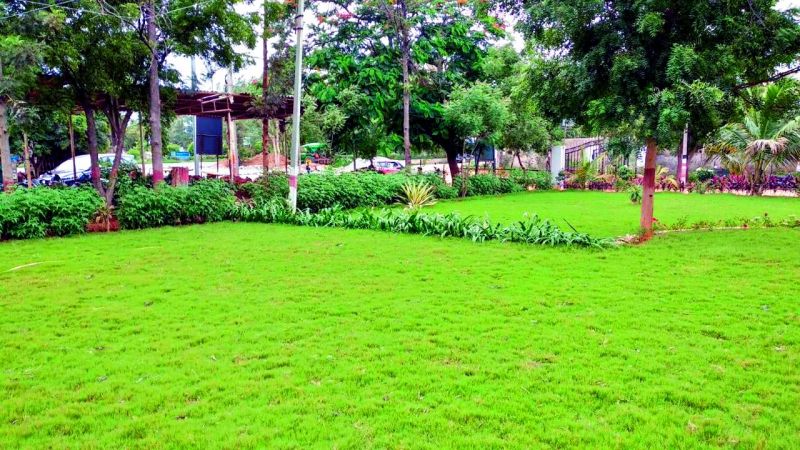 The police station at Pet Basheerabad after the saplings started blooming.

Ironically, the entire place was once filled with greenery, but lost its sheen over time. Srinivasa Rao has really gone beyond the call of duty to restore the lost beauty of the place.

“I like plants and grow them wherever I go. That is how this place has so many varieties,” he explains, adding, “I started planting vegetables and fruits too as eating organic food is better for our health.” 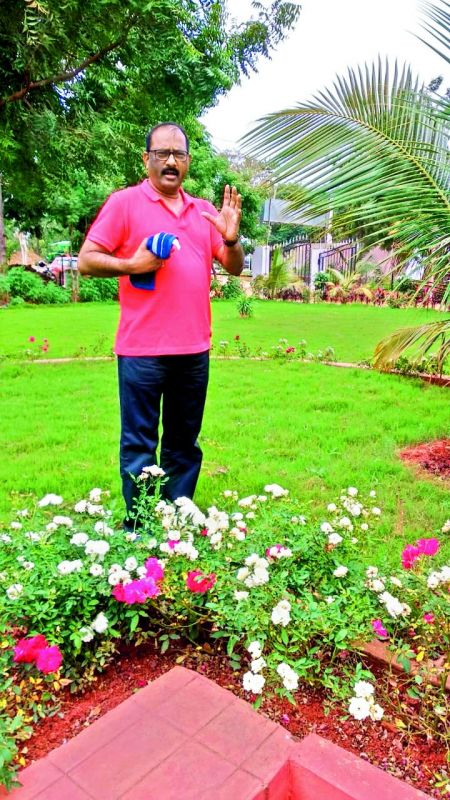 People who come here with their grievances never go back without taking a selfie here, he shares proudly.

From papaya to the very rare white apple, this police station has virtually every kind of plant in its backyard. Srinivasa Rao, who began planting saplings in the month of April, has transformed the surroundings in a span of just two months, and set an example to many others in the city to make their surroundings green.

“We are wanderers and keep getting transferred. But before I move out of this place, I would like to remove all the weeds and grow new plants,” says ACP Rao, adding, “There is another portion of land behind the police station which is ready to go green soon.”