The dissolved load yield is higher for Cauvery river when compared to other rivers around the world.

Chennai: Due to industrial and sewage effluents directly released in its tributaries Noyyal and Amaravati rivers, the Cauvery river is carrying more chemical load such as Sodium, Magnesium, Bicarbonate and Chloride to the Bay of Bengal when compared to other rivers in South India, finds a study conducted by Anna University with the financial support of the Indian Space Research Organisation (ISRO).

In a research paper published in the Environmental Earth Sciences by the Springer Nature in December 2017, the researchers found out that contamination of Cauvery river and its tributaries have affected the groundwater at the various pockets situated in Erode, Karur and Salem districts.

The samples were collected at every 25 km of 800 km long river to know the surface water quality and at each sampling point, groundwater was also collected approximately 300 metres from the riverbed to know whether the quality of groundwater was affected by the river contamination. The sampling was carried out three times a year from 2013 to 2016 which was planned considering the monsoon rains so as to represent monsoon, non-monsoon and intermittent periods. 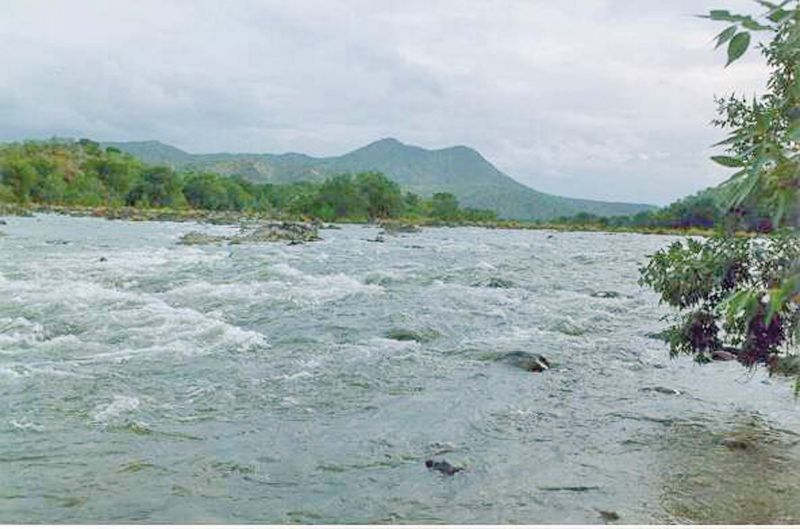 “Cauvery has the highest amount of Total Dissolved Solids (TDS) per square kilometre area when compared with other South Indian Rivers such as Godavari and Krishna. It carries 76.9 tonnes of chemical load (TDS) per square kilometre in a year in the Bay of Bengal while Krishna and Godavari carry only 37 and 67.2 tonnes,” said Professor L. Elango, head, department of geology, Anna University,  and one of the two authors of the research paper.

Higher amounts of major ions like calcium, potassium, sulphate, sodium, magnesium, bicarbonate and chloride were found in the confluence of tributaries like Noyyal and Bavani. Samples collected from Sriramasamuthiram and Kelakuthavitupalayam which are the confluence points for Noyyal and Amaravati rivers with Cauvery had major ions indicating effluents from textile and chemical industries. Further, it shows that untreated sewage discharge and pesticides from agricultural activities entering river water.

The dissolved load yield is higher for Cauvery river when compared to other rivers around the world. “The higher the chemical load of the river is generated due to geologic conditions and mostly by the pollution induced by the people.  Though the river has a high amount of TDS, it transports very low amount of dissolved load to the oceans because of lower discharge,” he said.

“In Karnataka, the river and groundwater contaminated at two points in Sivanasamudira and Mekadatu. But the contamination is mainly because of geological reasons,” said R. Ramyapriya. The researchers suggested that it is necessary to stringently enforce the existing norms of discharge of treated effluents by the industries and townships along the river so as to reduce the chemicals in Cauvery.