OOTY: Wild orchids, considered as the jewels of the jungles, and which are now rare and confined to a few patches of jungle, are in good bloom in the jungle limits in the Nilgiris.

Dr S.Rajan, field botanist at the central Ayush wing here, who is a noted name in plant taxonomy, said that the origin of orchids dates to ten million years ago. The elegant orchids are known for their shape, colour and their adaptive behavior in the jungles.

“The Southwest monsoon which brings moist weather and helps the ground water level to increase is doing the natural magic for the orchid plants to get extra energy to blossom. Many species of wild orchids are seen growing on rocky cervices and tree trunks, exhibiting their natural survival instincts. Only watchful eyes can spot these jungle beauties as their small size evades attention,” he added. 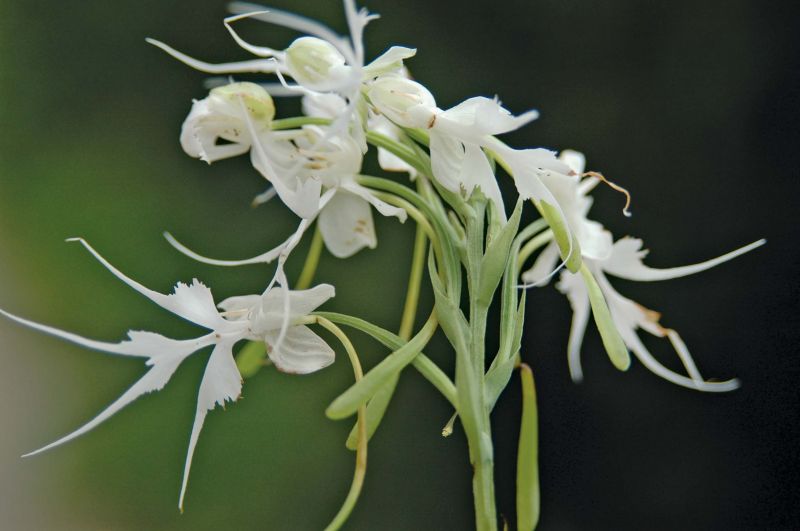 He added that the Avalanchee jungles and nearby Mukuthi jungles in Nilgiris is the hotspot of wild orchids. The grassland is the major habitat that needs to be conserved to help the existing orchid species to thrive, he explained. There are about 120 species of orchids that are found to survive in the Nilgiris.  Of this about 40 species are endemic to the Nilgiris.

The list of some important endemic and endangered orchids of Nilgiris includes, Bulbophyllum acutiflorum- an epiphytic orchid  collected first in 1890 by a British Botanist Dr J.D. Hooker,  and Bulbophyllum nodosum- an epiphytic orchid recorded  in the year 1957 by a British Botanist C.E.C. Fischer. Fischer also recorded Habenaria denticulate-an epiphytic orchid in 1957.    Eria dalzellii - a terrestrial orchid, Habenaria barnesiia-terrestrial orchid recorded in Nilgiris in 1950s, Dr Rajan said.  He also noted that Habenaria crinifera- an epiphytic orchid, was for the first time recorded in Nilgiris in Singara jungles in Coonoor in the year 2003 by the Central Ayush team. Though orchids belong to a largest family of flowering plants, their distribution is mainly confined to wild environs and that's the reason many of the varieties of orchids are uncommon, he pointed out.

V. Sivadass, managing trustee of the Nilgiris Environment and Socio-cultural Trust, said that the survival, growth and bloom of orchids in the Nilgiris showcases the fact that nature in these orchid-growing areas is still pure to sustain their growth. The need of the hour is to conserve these orchid habitats without any further disturbance, he said.