Sam Steingard did not lose hope when he couldn't find a date for prom and chose his pet cat for the ocassion. (Photo: Imgur)

Proms have increasingly become an important rite of passage for youngsters. As a result, finding a date for the social event can be a nerve-wrecking process for most people. But one smart young man did not fall into despair when he couldn’t find a date for prom. Instead of moping around at home, he decided to show up – with his pet cat. 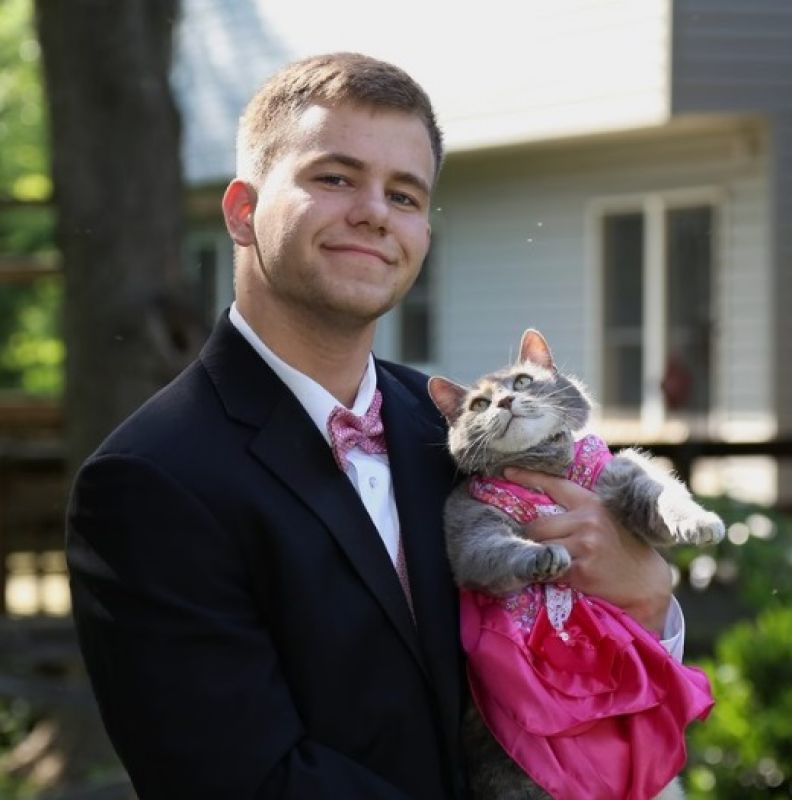 Sam Steingard dressed up his pet cat Ruby in pink dress for the prom. (Photo: Imgur)

But 17-year-old Sam Steingard didn’t just stop at that – he even dressed up his cat, Ruby, in a cute bright pink dress for the prom! A photo of Sam dressed in a tuxedo with his favourite feline went viral on the internet after it was first posted on Imgur.

To be honest, we don’t think that students should make such big deal out of proms but we can’t help but admit that Ruby looks simply purrfect in that dress!