THIRUVANANTHAPURAM: Thiruvananthapuram Zoo has got an exotic pet, a pair of sugar gliders, Chakku and Kakku which are nocturnal gliding possums from Rinesh Koshy Chandy, a businessman based in Kottayam. Zoo authorities are now hoping that more such people would donate such exotic pets. A Sugar glider is a small, cute, and unique little animal which looks similar to a flying squirrel. But it cannot fly. They are born in their mother's pouch (marsupial) and are referred to as joeys, like kangaroos. At first glance, one would feel that it is a rodent with huge eyes. Rinesh had got a pair of sugar gliders more than four years ago from a pet shop in Pathanamthitta. He had got it for Rs 18, 000 for a pair.

"Four-year-old Chakku and Kakku had been my 11-year-old daughter Richelle and eight-year-old Rihanna's pets. Until recently we were living in a house and now we are moving into an apartment. So I was apprehensive about keeping them and decided to donate them to the Thiruvananthapuram Zoo which takes care of its animals well", said Rinesh. Sugar gliders are from Australia and they mostly live on treetops. They are nocturnal and are omnivorous. A top Zoo official told DC that this was the first time in the history of the Thiruvananthapuram Zoo that a pair of sugar gliders had been received. 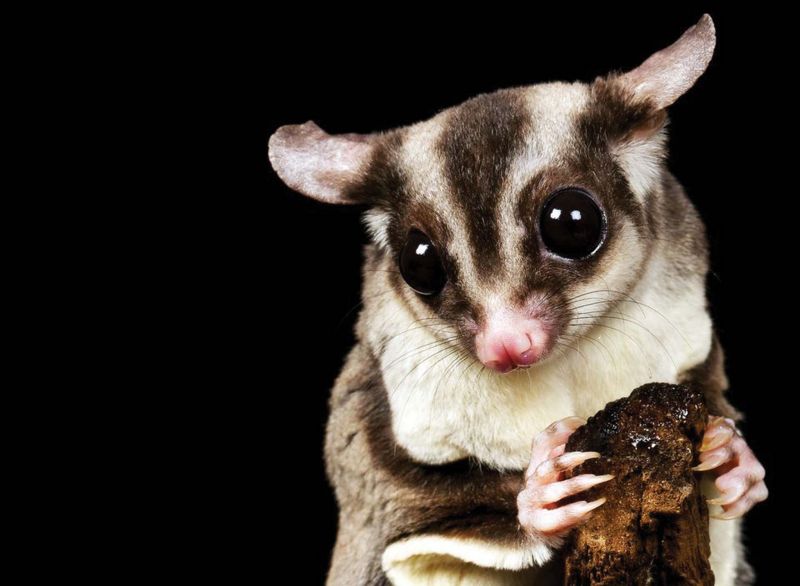 "Since it is nocturnal, it will be difficult for visitors to locate the pair inside their enclosure. We have decided to put the Sugar Gliders in a special enclosure so that they are displayed prominently", said a Zoo official. At the same time, the Zoo authorities are hoping that more animal lovers will come forward to donate their exotic pets. Recently, another bird collector from the capital city had donated quite a number of fowls to the bird collection in the Thiruvananthapuram Zoo.