Seema, a Royal Bengal tigress, reacts to the camera at the zoo in Ahmadabad, India. (Photo: AP)

New Delhi: Countries with wild tiger populations have agreed to do more to protect tiger habitats that are shrinking drastically because of deforestation and urban sprawl, conservationists said Friday.

Representatives from the 13 Asian countries with tigers, meeting this week in New Delhi, issued a resolution acknowledging that the forests in which tigers live are inherently valuable themselves and worthy of protection. These forests can help preserve economic growth by safeguarding water supplies, improving air quality and providing homes for not only tigers but also birds, frogs and other mammals.

"Before, there's always been this conflict of development versus conservation, as if countries had to choose," said Sejal Worah, the program director for World Wildlife Fund in India. "But in this resolution, it clearly states that natural capital is important to the economy of a country," she said. "Countries understand that preserving tiger habitats does not compromise growth. And that's important. That's new." 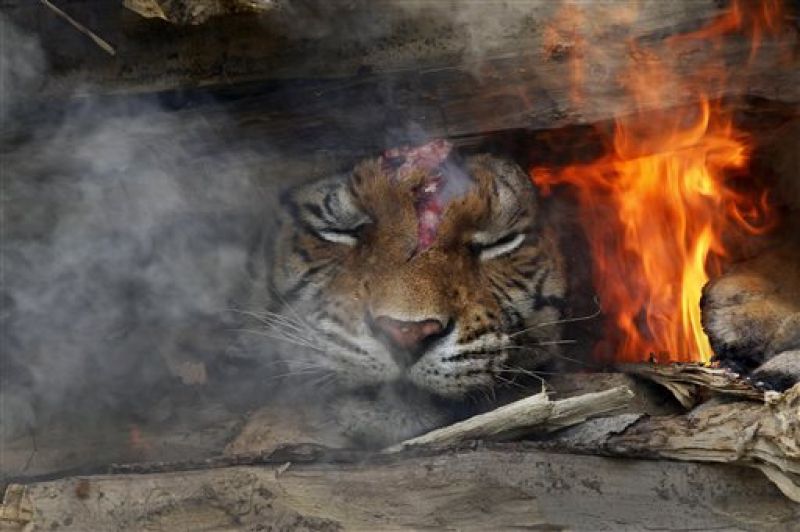 The world's tiger countries are all in Asia: Bangladesh, Bhutan, Cambodia, China, India, Indonesia, Laos, Nepal, Malaysia, Myanmar, Russia, Thailand and Vietnam. India has the most by far, with about 2,500. None of the others have more than 500 and some have just a few.

Many of the countries have growing human populations and fast-developing economies. By 2022, they want to double the world's wild tiger population from the all-time low of 3,200 hit in 2010. In 2014, the world's tiger count went up to 3,890 - marking the first increase in the wild population census in more than a century.

But that did not necessarily mean there were more tigers in the wild. The higher number may just mean scientists are getting better at counting them, with more sophisticated survey methods including camera traps and DNA analysis of scat. 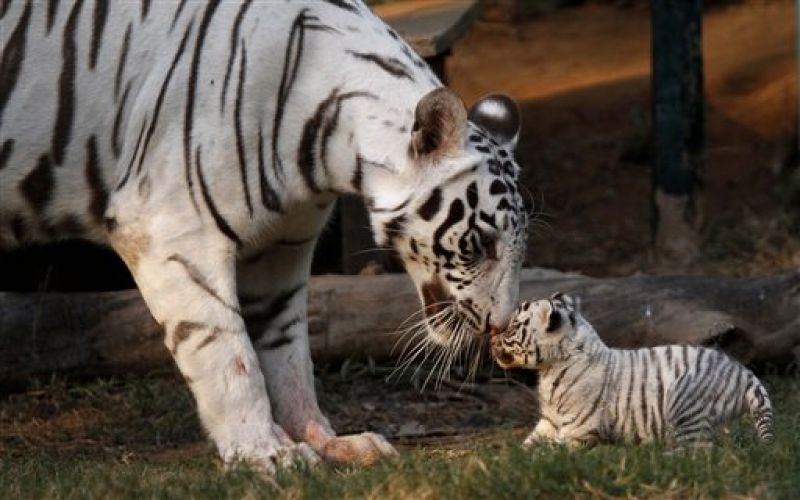 Khushi, a white tigress, plays with her newborn cub at the state zoological park in Gauhati, India. (Photo: AP)

An actual increase in wild tiger populations would also be hard to reconcile with the fact that their habitat is shrinking so fast. In just the last five years, tigers lost a full 40 percent of their remaining natural habitat, according to the International Union for Conservation of Nature.

Cambodia this year declared its tiger population "functionally extinct," meaning it had no breeding tigers left in the wild. While in New Delhi this week, Cambodia's agriculture minister reportedly looked into repopulating the Southeast Asian country with Indian tigers.

India is ready to help, Environment Minister Prakash Javadekar said. "India is willing to cooperate with any country which does not have or has lost its tiger population in the course of history," he said Thursday. India, home to about two-thirds of the world's wild tigers, also agreed to strengthen controls against cross-border wildlife crimes, including trafficking in animals and animal parts such as tiger skins and bones and rhino horns.

IMD warns of heatwave over next two days in Telangana