The animals are trained to recognise predators and socialise with their peers. (Photo: AFP)

Chengdu: The giant panda may have been taken off the endangered species list, but the emblematic black and white bear still faces a plethora of risks including epidemics and climate change, Chinese breeding centres say.
Every morning, with the dawn light shimmering on their patchy coats the young residents of a panda breeding centre in southwestern China shred their favourite breakfast -- bamboo.

The Chengdu Research Base of Giant Panda Breeding was set up in 1987 when the animals were considered to be under increasing threat of extinction -- a catastrophic scenario that seems to have been avoided for now. 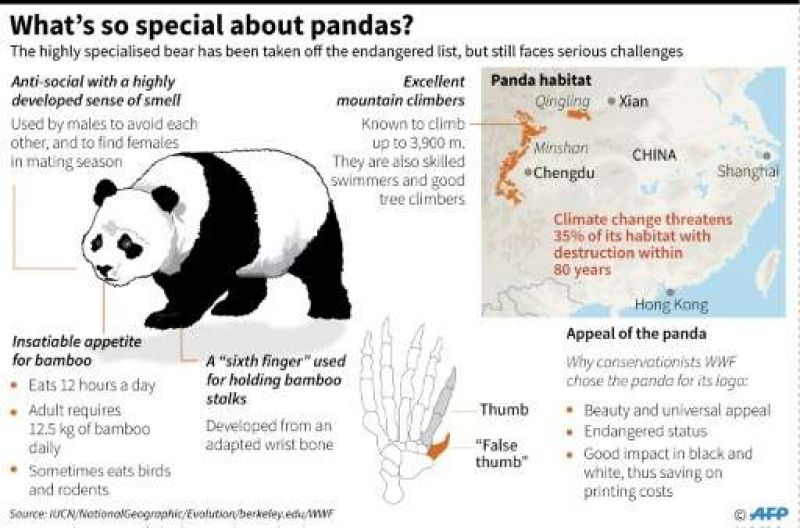 The International Union for the Conservation of Nature (IUCN) last week reclassified the giant panda from "endangered" to "vulnerable" on its "Red List" of threatened species. 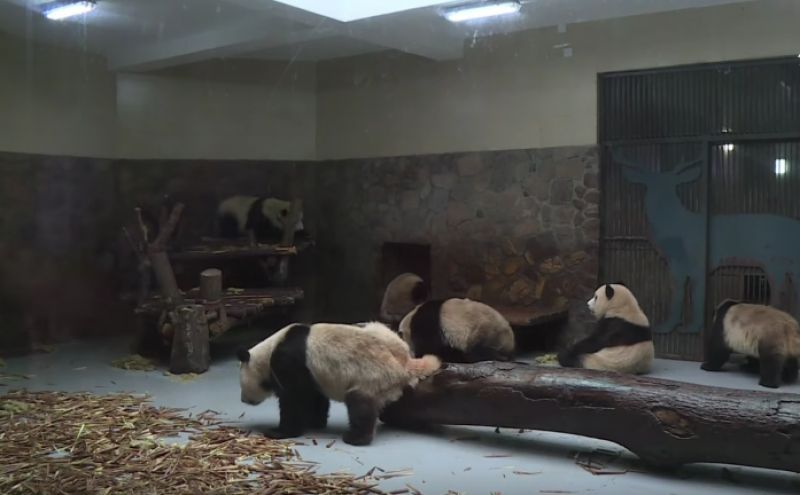 "It is a positive message, it’s not all gloom and doom," said James Ayala, a researcher at the base, in Sichuan province.

"But I still think it is too early to consider it a true success... we’re not in the clear yet.

"It’s like if your great grandma gets out of intensive care, you don’t celebrate, she’s still very old, very weak, and the chance of seeing her back in care is very likely."

The IUCN’s general criteria are less applicable to pandas, he said, as their wholly bamboo diet means their survival is totally dependent on habitat, and climate change poses a huge threat.

Zhang Hemin, of the China Conservation and Research Center for the Giant Panda (CCRCGP), also in Sichuan, called the IUCN’s reclassification "premature".

The wild giant panda population is split into 33 different groups, 18 of them consisting of fewer than a dozen pandas, leaving them at "high risk of collapse", according to Zhang.

Their separation also raises the risks of inbreeding, hence the importance of captive breeding programmes, which often use artificial insemination -- pandas are renowned for their sexual apathy.

Known as Papa Panda in China, Zhang runs an ultra-modern "panda hospital", home to Pan Pan, who at 31 -- equivalent to 100 in human years -- is regarded as the oldest panda living in captivity and has sired at least 130 descendants.

China has around 420 pandas in captivity, according to official figures, and the Chengdu Research Base has seen more than 200 births in total, with over 20 so far this year.

Some of the cubs are then sent on to zoos overseas -- a lucrative earner for authorities, who rent the animals out rather than giving them away.

"A target goal for us will be to have a large number of captive pandas to maintain genetic diversity so we could release them into the wild," Ayala said. 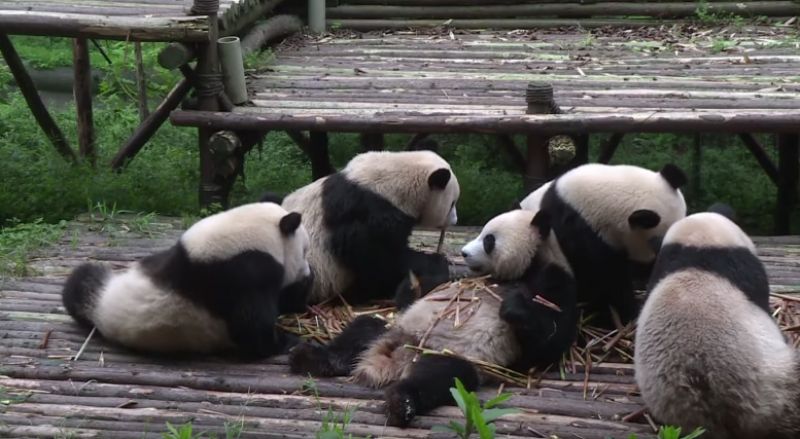 Beforehand, the animals are trained to recognise predators and socialise with their peers, but he acknowledged only seven to 10 pandas have been freed in a decade, saying the process is fraught with difficulty.

The animals raised in captivity "aren’t ready to be released", said Yang Fuqiang, senior advisor at environmental NGO the Natural Resources Defense Council, adding: "We are far from understanding the behaviour and characteristics of pandas." 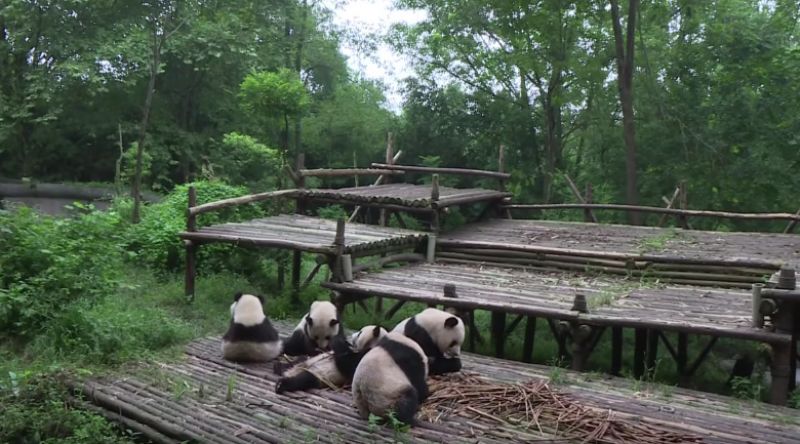 Bamboo reserves were first established in China only in 1992, and there are now 67, protecting nearly 70 percent of the 1.4 million hectares of wild bamboo forest, according to the Forestry Administration.

But with global warming, more than a third of bamboo forests could disappear within 80 years, the IUCN warns.

The plant itself can be a risk factor, with most of its species having a life cycle that sees them flowering and dying off every 20 to 40 years --and they can take years to start regrowing.

"Each time this happens, the population is extremely vulnerable because the pandas can’t find any food," said Ayala.

The Chengdu facility was itself set up after around 250 giant pandas starved to death in the mountains of Sichuan in the 1970s and 80s, when he said that "researchers found pandas emaciated, walking like zombies".

"The priority should always be to focus on improving the habitat for the wild animals and expand it," said Ayala.

"If we don’t do this, then there is no point in conserving the giant panda."