Maxie, a Staffordshire bull terrier, was found in horrific conditions. ( All Photos: RSPCA)

Shocking images of a dog that was starved to death by its owner have gone viral after they were posted on social media.

When an RSPCA inspector rescued Maxie, a Staffordshire bull terrier, he was so weak he could barely climb the stairs to a vet’s practice. "When I took Maxie to the vet he was so weak. He had to keep stopping while walking because he just could not walk properly," RSPCA inspector Rachel Leafe told the Metro. 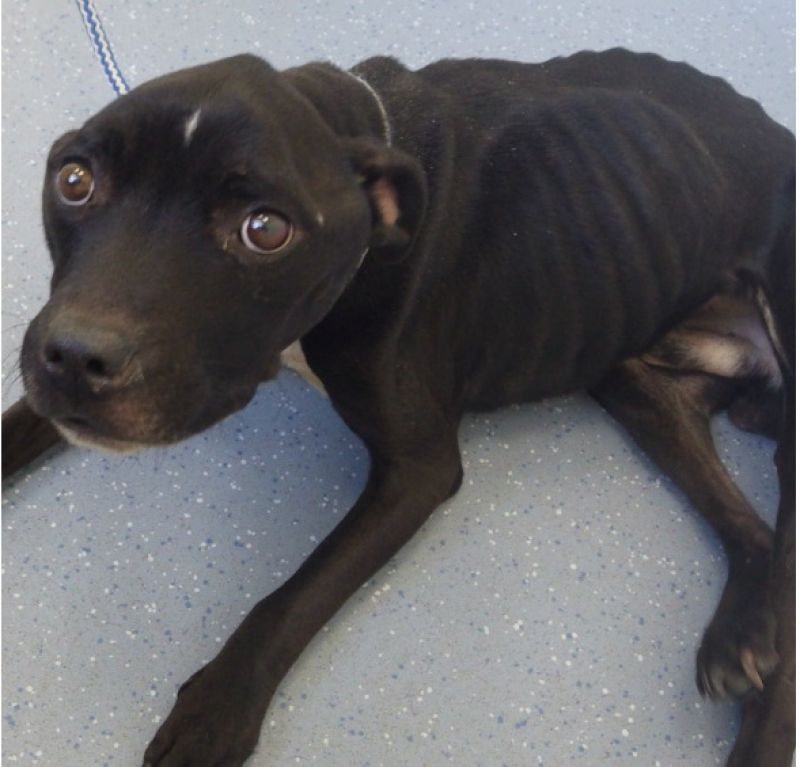 He only weighed 11kg when he was found, instead of 18kg which is normal for his size. Being so skinny left Maxie with no muscles in his legs, according to a report by the Metro.

Chesterfield Magistrates’ Court was told that the underweight animal was "given a low body score of one out of nine". He also suffered excruciating pain as his claws were overgrown and curling.

Maxie's owner Shaun Musson, pleaded guilty to causing “unnecessary suffering to the animal”. The 25-year-old reportedly claimed that going from being home all day to working 40 hours a week, caused him great stress which led to loosing track of feeding his pet properly. 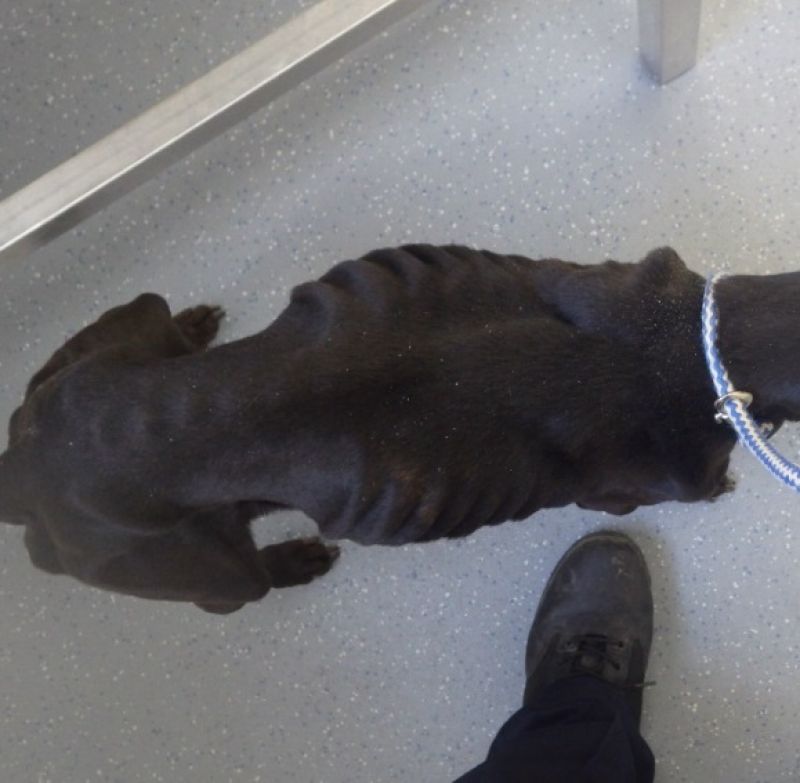 The court sentenced Musson to 12 weeks in prison. He is also ordered to pay £300 and is banned from owning any kind of animal for 10 years.

Currently, Maxie is in the RSPCA’s care where he has gained a healthy weight.