Przewalski horses on a snow covered field in the Orenburg Reserves, a cluster of six nature reserves near the border with Kazakhstan. (Photo: AFP)

Moscow: If the world’s only surviving wild horses had a say in the matter, they might opt for a cosy stable and fresh daily oats, scientists studying them joke.

But the path out of oblivion for the species known as Przewalski’s horse  — which only two decades ago was extinct in the wild — lies in getting on a plane to China, Mongolia and, most recently, the Russian steppes with their deep snow and icy winds.

Six animals born at a reserve in the south of France are now spending their first winter in Russia’s flagship reintroduction project for the species.

Eventually scientists hope to have 100 of the endangered animals on the site in the Orenburg Reserves, a cluster of six strictly protected nature areas along the border with Kazakhstan.

The area spanning more than 16,500 hectares (40,770 acres) is “the largest unbroken, strictly protected plot of virgin steppe in Russia,” safeguarded, ironically, by the fact that it belonged to the military for decades, said Przewalski’s horse expert Tatjana Zharkikh, who heads the reintroduction project. 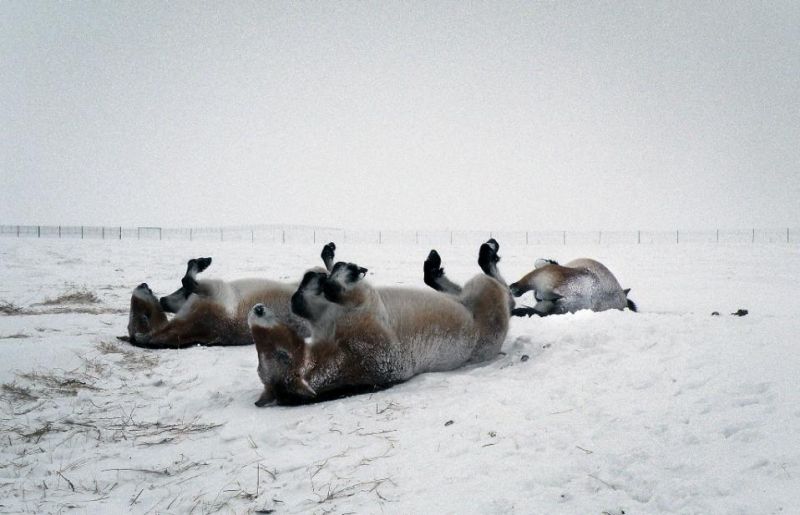 Six Przewalski horses born at a reserve in the south of France are now spending their first winter in Russia's flagship reintroduction project for the species. (Photo: AFP)

They are quite happy

“They are quite happy,” she said in an interview, despite the harsh climate in the region, with extreme snowfall which in January trapped several drivers on a local highway, leading to a man’s death.

The animals actually enjoy rolling around in the snow, scratching their backs on the crusty surface, she said. “They are not afraid of wind, snow, cold .. If the Przewalski’s horse has enough food, it is practically invincible.”

Yet, she quipped: “If you ask them, they will tell you: we want a warm stable, daily oats, fresh grass and maybe strawberries and cream. But this is a wild animal and it has to be in its natural habitat.”

Despite its hardiness and monumental efforts by conservationists to save the endangered species, there is “still a long way before the Przewalski’s horse can be considered saved from extinction,” said Frederic Joly of the Association for the Przewalski’s horse (TAKH) in France, which provided the animals for the Orenburg project.

Native to China, the stocky, tan-coloured horse with a spiky mane once inhabited the Eurasian steppe extending through Mongolia, Kazakhstan, Russia and Ukraine, according to the International Union for Conservation of Nature (IUCN). 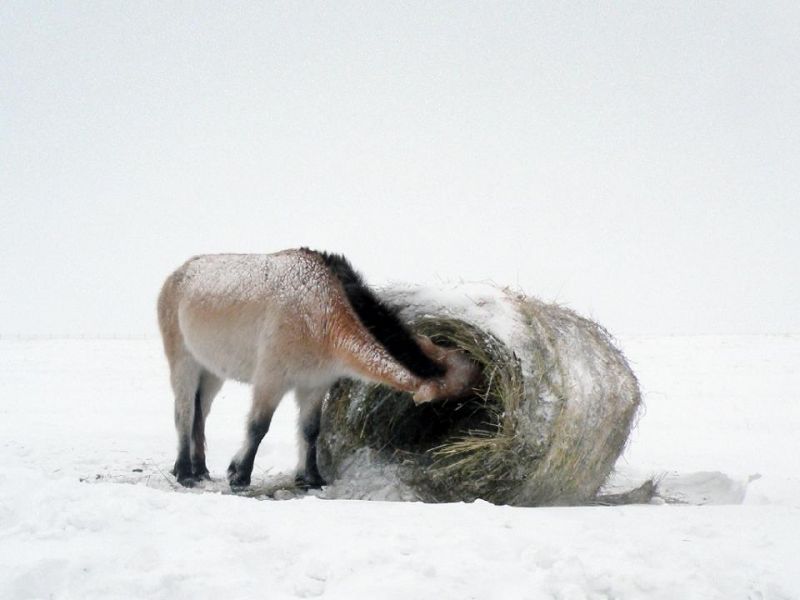 Native to China, the stocky, tan-coloured horse with a spiky mane once inhabited the Eurasian steppe extending through Mongolia, Kazakhstan, Russia and Ukraine. (Photo: AFP)

Bred to be wild

The species was discovered by Russian explorer Nikolai Przhevalsky who described it in the 19th century, leading to a surge of interest in Europe, followed by a brutal campaign to capture these animals.

Herds were chased down to exhaustion to capture the young foals, said Zharkikh, but in the end the process secured enough animals to save the species after they had gone extinct in their natural habitat.

All 2,000 animals existing today are descendants of just 12 wild-caught horses, including a mare from Mongolia called Orlitsa, gifted to Soviet chairman Kliment Voroshilov during a visit in 1957, and breeding a viable population from such a limited gene pool has been a headache.

Adding to that headache is the fact that the Przewalski’s horse can breed with domestic horses to produce fertile hybrids, threatening to dilute the species decades down the line.

Although the Russian project meant to set the horses completely free in the wild, scientists eventually rejected this idea as too risky after studying the experience of other reintroduction centres, opting instead to build a fence around the entire area.

The problem is, young mares who venture out of a protected park can breed with horses kept by herders in nearby villages and then bring hybrid offspring back to the population of Przewalski’s horses.

“Even a few hybrids can cancel out all conservation efforts,” said Zharkikh. “What is the point of protection if they are just cute shaggy-haired horses rather than a species?”

A wild population would only work if the protected area is much larger, she said, 100,000 hectares or even more, and if such a park is created in the future, it can be populated with Przewalski’s horses from the project.

“Our goal is to form a reserve of genetically pure animals,” said Rafilya Bakirova, director of Orenburg Reserves that hosts the project, dreaming of expanding the project and cross-border cooperation with Kazakhstan.

“For now we just want to survive the winter,” she said.

Although the species is considered a conservation success, Joly of the TAKH association in France conceded that it is becoming nearly impossible to find a place where Przewalski’s horse can be truly wild.

“Even sites that look wild like Russian or Mongolian steppes are not completely devoid of human activity,” he said.

“It indeed shows that there are very few places with no human influence in the world.”