For shame! Naughty penguin's public humiliation by aquarium is comical

A trouble-making penguin named Timmy was punished at his home at the National Aquarium of New Zealand in the most public way.

While they absolutely adore the aquatic bird, he can be a handful sometimes, as he steals fish and troubles other penguins. 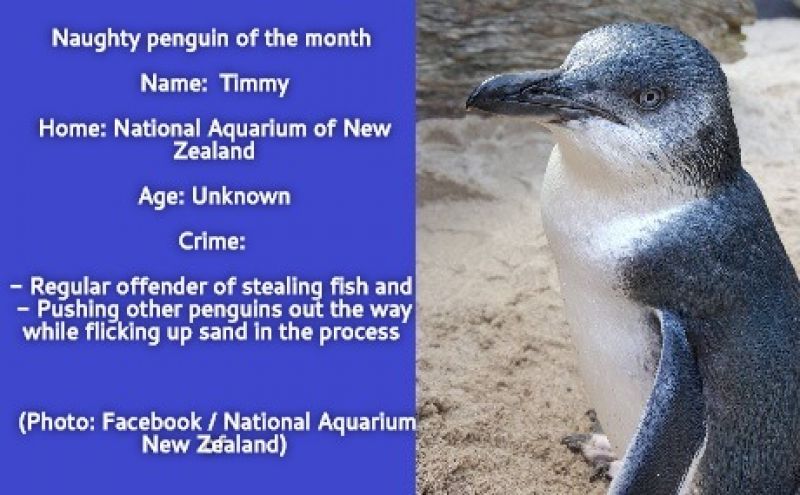 They even posted video on Facebook as proof of him troubling his friends.

However, these special penguins are too cute to be upset with even when they misbehave.

Situated in Napier on the North Island, the aquarium is home to hundreds of little penguins who have disabilities and suffer severe injures, the Metro reported.

Before his wild days, this poor animal was discovered injured and unable to walk on a beach in Hawke’s Bay. But with care and treatment he is able to walk again with a slight wobble.

Betty, who made good penguin of that month for waiting patiently for her food, was found malnourished. On the flip side, now she is able to swim despite having a slight deformity on her feet.

According to the aquarium's website, the board is updated every month. We hope Timmy learnt his lesson and makes it on the good list soon.