According to Dr Sainudeen, a mobile phone tower was installed about 125 metres from the house a few years back and recently, another tower was also installed which made the rock bees to vacate the existing hive from the tree top and make a new one just above ground level.

KOLLAM: The theory that electromagnetic radiation is  responsible for change in the behaviour pattern of bees has been proved right.    Recently, a rock beehive spotted at higher elevations  shifted its location to ground level  near   a house at North Paravur  following the installation of mobile towers in its vicinity, substantiating the theory propounded by  Dr. Sainudeen Pattazhy,  environmental scientist and associate professor of  zoology in S.N. College, Kollam.   It may be recalled that  NASA has named the minor planet ‘5178 Pattazhy’  after him.

“Rock bees (apis dorsata) generally construct hives below rock cliffs and trunks of huge trees inaccessible to people and live in places away from human interference. Recently, a rock beehive was noticed for the first time near ground level near the house of Dr. V.D. Radhakrishnan,  professor in the history department of S.N. College,” Dr. Sainudeen said. According to him, a mobile phone tower was installed about 125 metres from the  house a few years back and recently, another tower was also installed which made the rock bees to vacate the existing hive from the tree top and make a new one just above ground level.  This proves the claim by Dr. Sainudeen that the behavioural changes of bees are affected by electromagnetic radiation (EMR), which also could affect the very existence of bees. 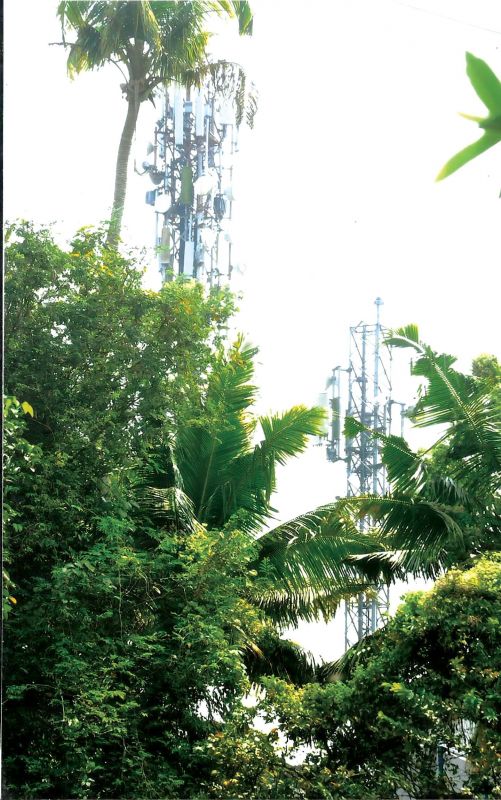 In 2009, Dr. . Sainudeen had found that EMR from mobile towers was  responsible for the killing of bees which was substantiated by Swiss scientist Daniel Favre in 2011. Rock bees are the major pollinating agents on their migratory routes and are sensitive to EMR which would affect their navigational skills, physiology, changes in their antennal sensilla, brain proteome, neurotransmission, and development. The orientation of honey bees is connected to  earth’s magnetic field and for this, they possess localised particles called magnetites. If EMR frequency from towers increases,  the magnetite particles won’t be able to detect earth’s magnetic fields and disrupt their navigational skills, according to Dr. Sainudeen.

Oxfam India sets precedence for others to follow; going eco-friendly and sustainable