Need to create awareness on MS to control it: Doctors

Chennai: With recent reports stating that south India has seen a rise in cases of Multiple Sclerosis by 3.2 cases per year, doctors in the state stress the need to create awareness on the symptoms of the disease.

Symptoms of the disease — in which the insulating covers of nerve cells in the brain and spinal cord are damaged — include double vision, blindness in one eye, muscle weakness, trouble with sensation and trouble with coordination. 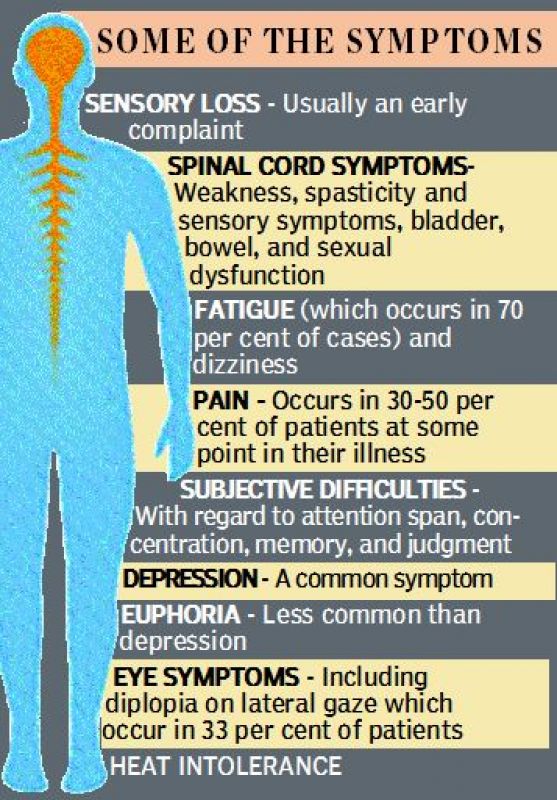 “Between attacks, the symptoms may completely disappear in some people, especially in the early stages. More often than not, some residual deficit remains without complete recovery,” said Dr Prithika Chary, senior neurologist, Institute of Ortho Neurosciences, Kauvery Hospital.

“With recurrent relapses, the residual deficit can become more and occur even in different parts of the body increasing overall disability even with recovery,” she said.

“One of the main reasons why the cases are now seen to be on the rise in our country is due to the increase in the number of practicing neurologists and easy and affordable availability of MRI. However, it is essential for the general public to be aware of the symptoms, so as to ensure that it is checked at the early stage,” said a neurosurgeon from Vellore.

With the need for awareness to be created, May 25 was set aside as Multiple Sclerosis Day. Hospitals in the state, including Fortis Malar Hospital in Chennai, observed it. In an event held at the hospital, in association with Multiple Sclerosis Society of India (Chennai Chapter), a team of doctors screened over 40 patients, promising to provide these check-ups free of cost at the hospital premises for those from less privileged economic background, suffering from MS.

“Around 2.1 million people worldwide suffer from the disease. However, many like my uncle are unaware in the early stage,” said 32-year-old R. Spurgeon.

Addictive use of digital devices on the rise among children