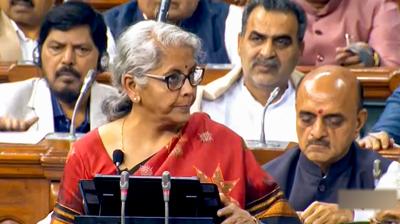 Washington: Turns out, parents who positively engage with their kids during play time and gently guide them to clean up afterward, may help children with low-self regulation have lower body mass indexes later on as preschoolers, a new study has revealed.

The study found that toddlers, who had poor self-regulation skills and the ability to control their behaviours, went on to have lower BMIs as preschoolers if their mothers engaged with them during playtime and then helped direct them during clean up.

"If parents can help their kids learn to self-regulate, that child can then use those skills in many other situations, including eating. Good self-regulation may help a child stop themselves from throwing a tantrum, but it may also keep them from eating too much. Building those skills is a process that isn't going to develop on its own, so that's where parents can step in," said Cynthia Stifter, professor of human development and psychology, Penn State.

Stifter also suggested, when parents help their children develop regulatory skills, it may help the latter maintain a healthy weight.

According to researchers, 17.5 per cent of children in the U.S. are obese. The researchers said it's important to identify risk factors for childhood obesity, which is linked to conditions as high blood pressure, diabetes, and breathing problems like asthma. It also increases the chance of being obese as an adult.

"These studies have mostly focused on the parents. We wanted to know whether associations between general parenting behaviors and children's weight outcomes could depend on the children's self-regulation," said Kameron Moding, a postdoctoral fellow at the University of Colorado Denver.

The study's participants included 108 mothers and their 18-month-old toddlers. During their first lab visit, the children were weighed and participated in tasks designed to measure their temperament and regulatory skills.

The mother and child were then allowed to free play for five minutes before a researcher signaled it was time to clean up. The researchers noted how responsive the mothers were during free play, defined as when the mothers followed the child's lead during play. They also measured how often the mother guided the child during clean up in a positive or neutral tone, referred to as gentle control.

When the children were 4.5 years old, the mother and child pairs returned to the lab. The children were weighed again, and the researchers calculated their BMIs.
After analyzing the data, the researchers found that when mothers were more responsive during free play and showed more gentle control during clean-up, their child was more likely to have a lower BMI at 4.5 years of age if that child also had poor regulation skills.

But, they found that children who started the study with good regulation skills were actually more likely to have higher BMIs as preschoolers if their mothers showed high levels of gentle control during clean up.

Stifter said the study demonstrates that while parents have an influence on their child's behavior, the child also affects his or her own development. Stifter also added that the study underscores the importance of parents being responsive and using gentle control to guide their children when possible.

Moding said that in the future, she and the other researchers are hoping to explore whether parent-child interactions and child self-regulation also have implications for children's eating behaviors and weight gain in slightly older children.

The findings appeared in the journal of International Journal of Obesity.

■Parents of sick Chinese twins can only afford to save one child
■Kids whose parents fought cancer have lower grades, earn less as adults, says study
■Growing number of parents are concerned about their kids getting tattoos