Consume fruits and vegetables for a healthier start (Photo: Pixabay)

It is very essential to have healthy food habits for a healthy body, as most of you might be familiar with the saying, ‘you are what you eat’. The food that you eat, decides the way your body functions.

Well, it’s no surprise that the kidney beans and the human kidney look alike, as do the walnuts, which resemble tiny little human brains.

‘The Doctrine of Signatures’, an ancient European philosophy, declares that plants, animals and minerals often carry cues in their shape or actions, which tells us about their hidden purpose.

Carly Jade Cochrane writes in Healthista about 12 healthy foods, which look similar to the body part they benefit. 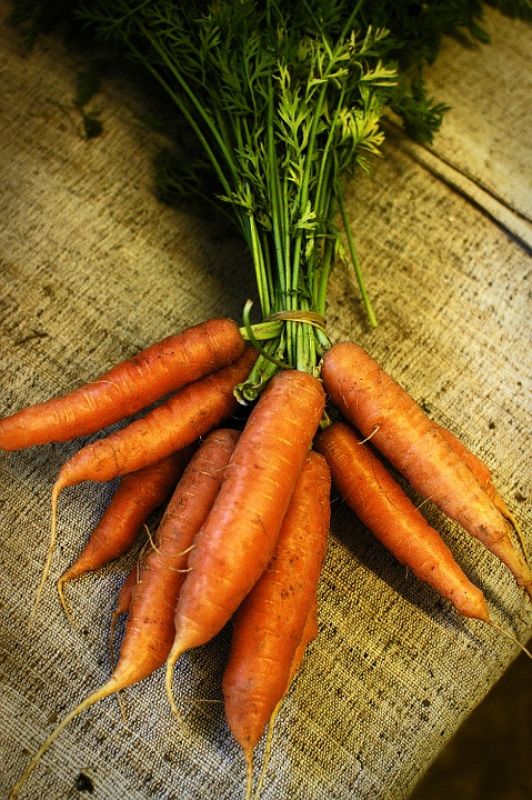 If you slice a carrot in half, the middle portion mirrors the pattern of an eye. Taking a closer look reveals the pattern resembling the lines of the pupil and iris.

Carrots are abundantly packed with vitamins and anti-oxidants, and they also contain beta-carotene, a plant chemical, which gives them their orange colour.

Beta-carotene reduces the risk of developing cataracts and protects against muscular degeneration, the major cause of loss of vision in older people.

Consuming carrots can also enhance blood flow, improving the functioning of the eye. 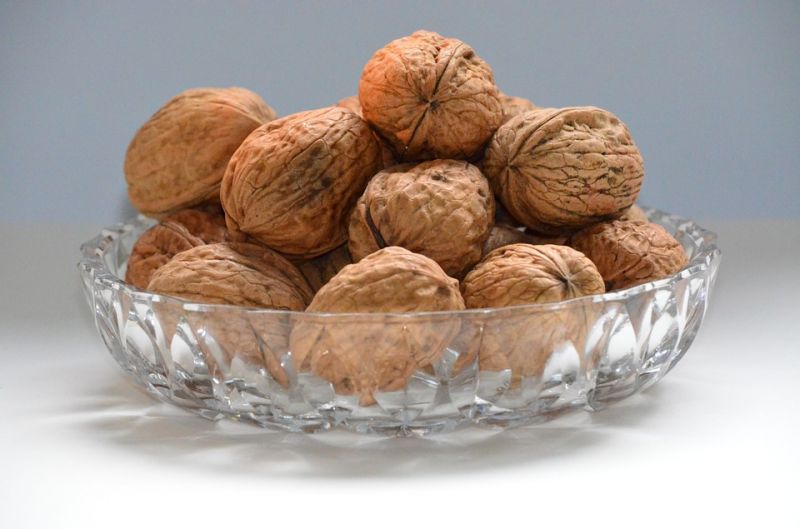 They look so similar to the human brain with the creases and the wrinkles, and with the left and right hemispheres.

They are also effective in warding off Dementia and have been found to break down the protein-based plaques associated with Alzheimer’s disease. That’s the reason why walnuts are nicknamed, ‘brain-food’. 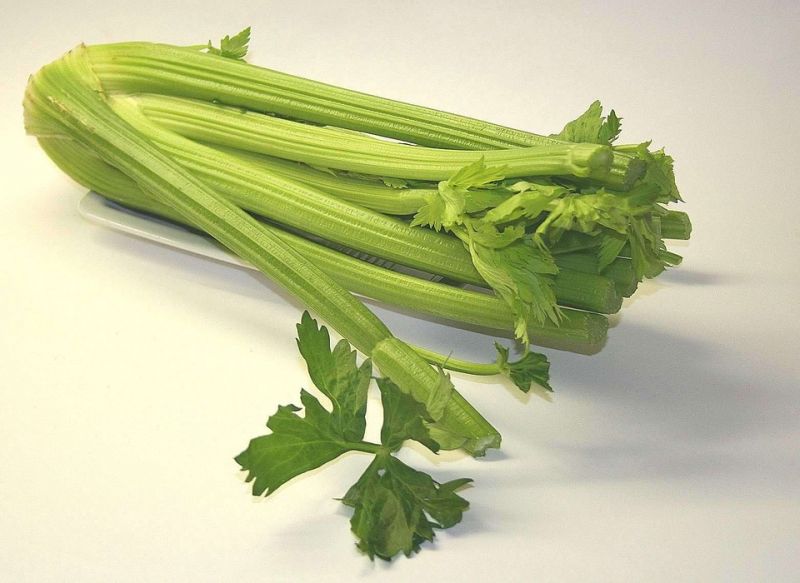 Celery is a great source of silicon, a component of the molecular structure that gives bones strength.

The interesting fact is that both the bones and celery contain 23 per cent sodium. Taking diet that is low on sodium, forces the body to pull sodium from the bones, which make them weak.

Therefore, it is essential to take celery on a balanced basis for healthier and stronger bones.

•    Oranges and grapefruits for the breasts 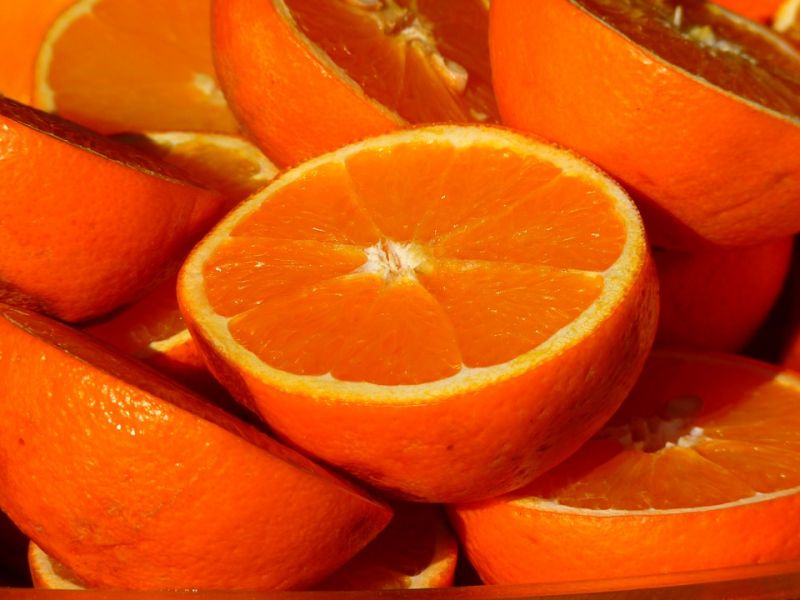 Oranges and grapefruits have great similarity with the internal structure of breasts and are in fact, good for them.

•    Sweet potatoes for the pancreas 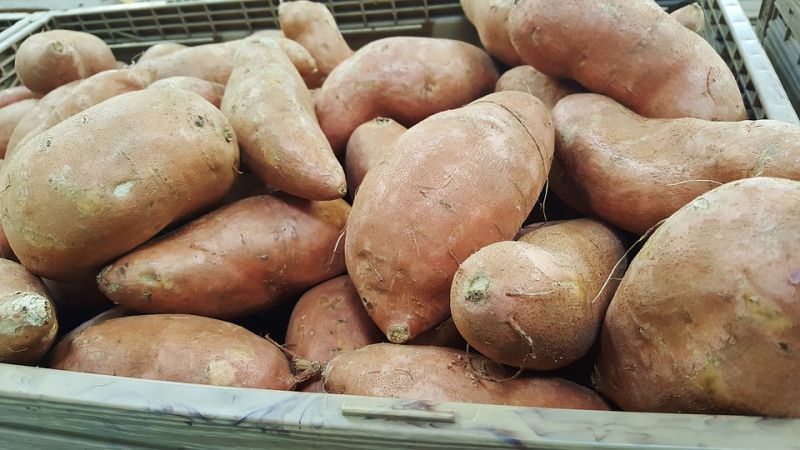 Sweet potatoes in fact help in the proper functioning of the pancreas.

They contain huge amounts of beta-carotene, which is an antioxidant that protects tissues of the body from damage related with cancer or ageing.

They are also great for diabetic patients, as they help balance the glycemic index – a measure carried out on carbohydrate g food to work out their impact on blood sugar.

•    Tomatoes for the heart 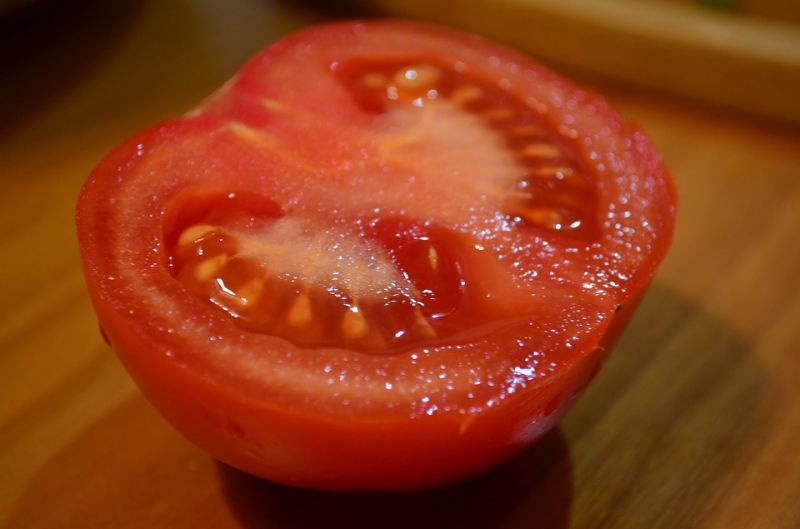 A sliced tomato reveals multiple chambers that resemble the structure of a human heart.

Tomatoes contain Lycopene, a plant chemical that reduces the risk of heart diseases and several cancers.

Mixing them with healthy fats like, olive oil or avocado can boost the body’s Lycopene by ten times. Lycopene also j help counter the effect of unhealthy cholesterol. 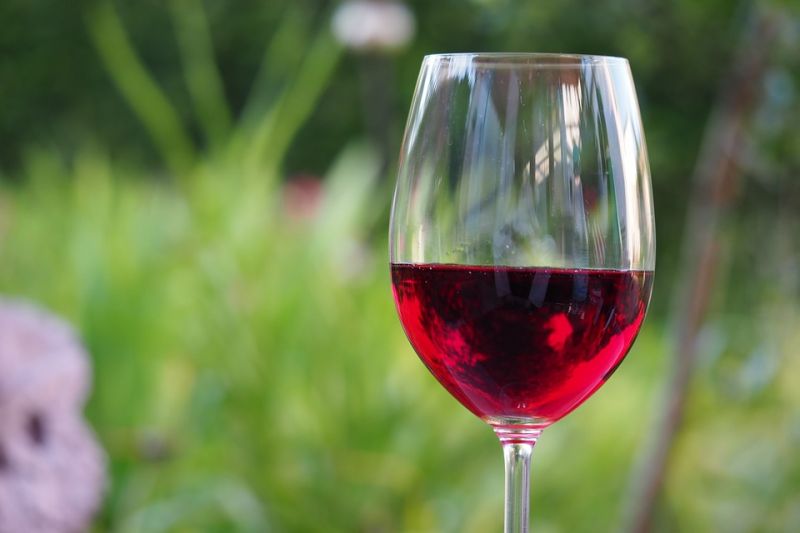 Wine is rich in antioxidants and polyphenols, which prevent cell damage, including powerful resveratrol.

Also, drinking wine reduces chances of cholesterol, which can cause heart diseases.

It helps to reduce blood clots as well, as there is a blood thinning compound present in it.

•    Bananas for a healthy smile 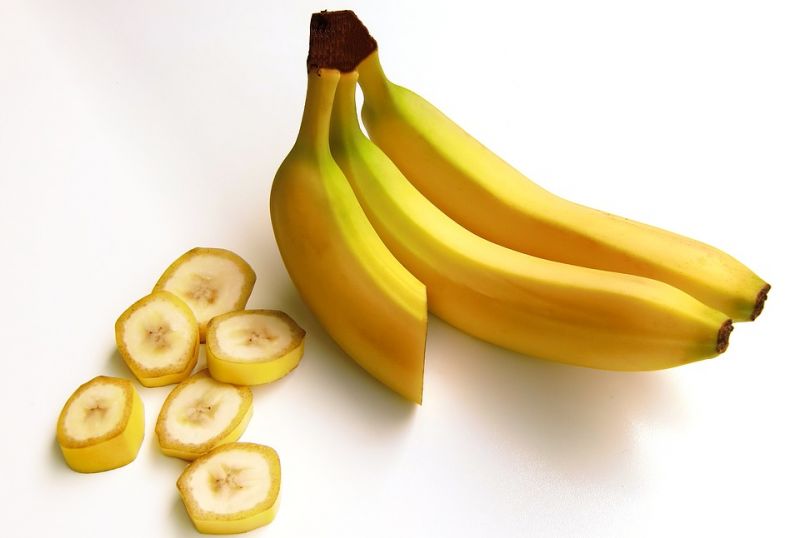 This magic fruit contains Tryptophan, a protein, which once digested, gets converted into a chemical neurotransmitter called, Serotonin.

Serotonin is known as the ‘happy chemical’ and is one of the most important mood-regulating chemicals in the brain.

•    Avocado for the uterus 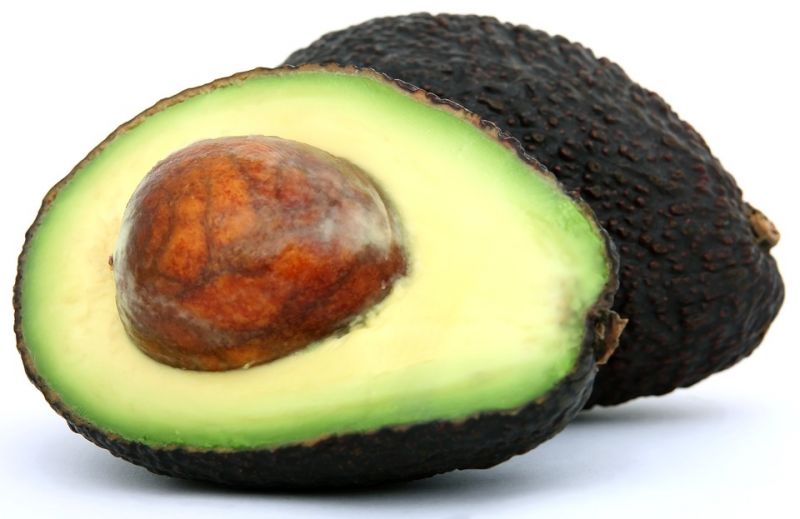 Avacados resemble the shape of a light bulb, so does the uterus. Since the fruit is a great source of folic acid, it helps to reduce the risk of cervical dysplasia – a pre-cancerous condition.

Having one avocado every week can help balance hormones, shed unwanted birth weight and prevent cervical cancers in women.

The strange coincidence is that, an avocado takes exactly nine months to grow a blossom to a ripened fruit. 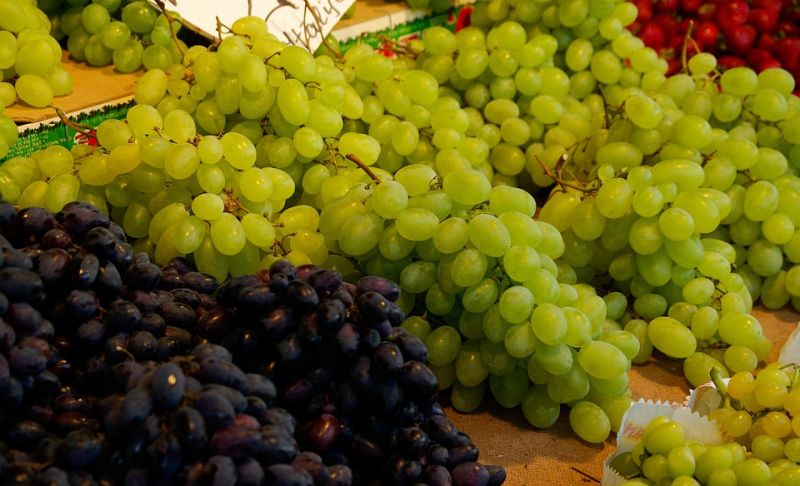 The alveoli (branches of small airways that end with tiny bunches of tissue) in our lungs which resemble bunches of grapes, allow the passage of oxygen from the lungs to the blood stream.

Grapes have been shown to minimise the risk of lung cancer and emphysema.

Grape seeds contain a chemical called proanthocyanidin, which can reduce the severity of asthma triggered by allergy.

•    Ginger for the stomach 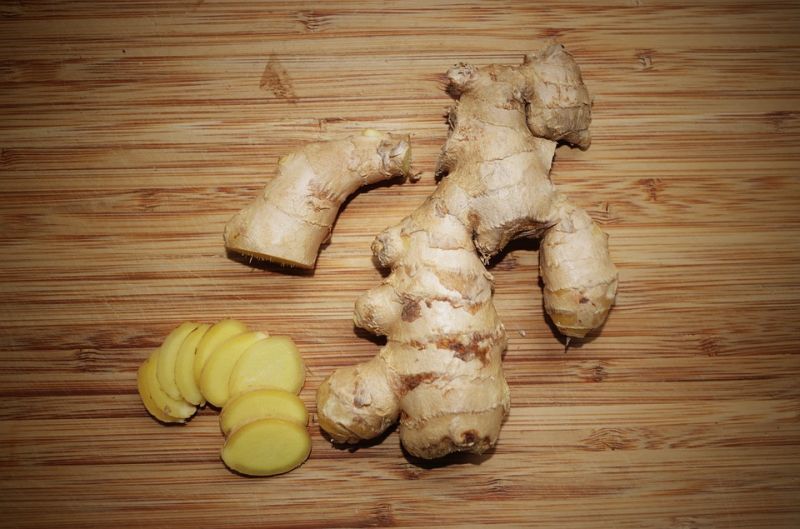 Root ginger has been found to be the most important component aiding digestion.

It has been used as one of the most effective home remedies for curing nausea and motion sickness since ages. Gingerol is the ingredient responsible for ginger’s distinctive smell and taste.

It has also found its place in the US Department of Agriculture’s database of phytochemicals, as having the ability to prevent nausea and vomiting.

•    Mushrooms for the ears 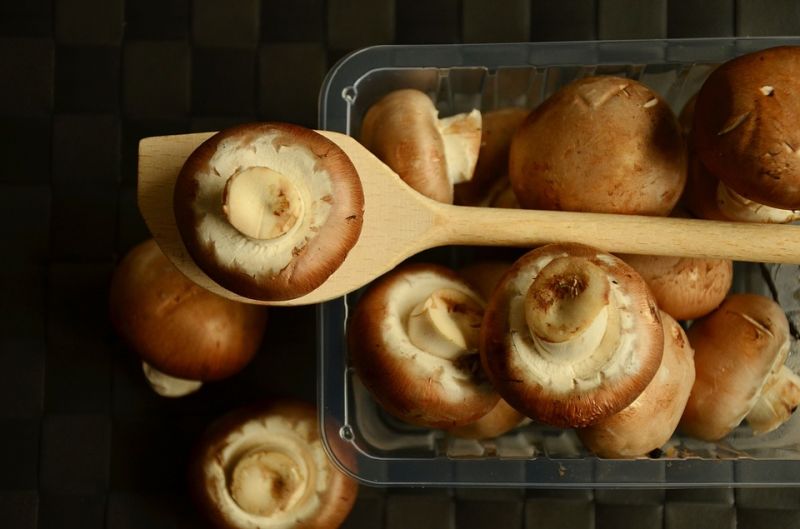 Mushrooms which resemble an ear have the ability to improve hearing in humans.

They contain Vitamin D, which is vital for healthy bones – even the tiny ones in your ear that carry sound to your ear.

Post-lockdown Chennai: How have you changed?