Watch the bread you eat, cancer-causing chemicals in it, says study

Nearly 84 percent of 38 commonly available brands of pre- packaged breads including pav and buns, tested positive for potassium bromate and potassium iodate, banned in many countries as they are listed as “hazardous” for public health, the report by Centre for Science and Environment (CSE) said. 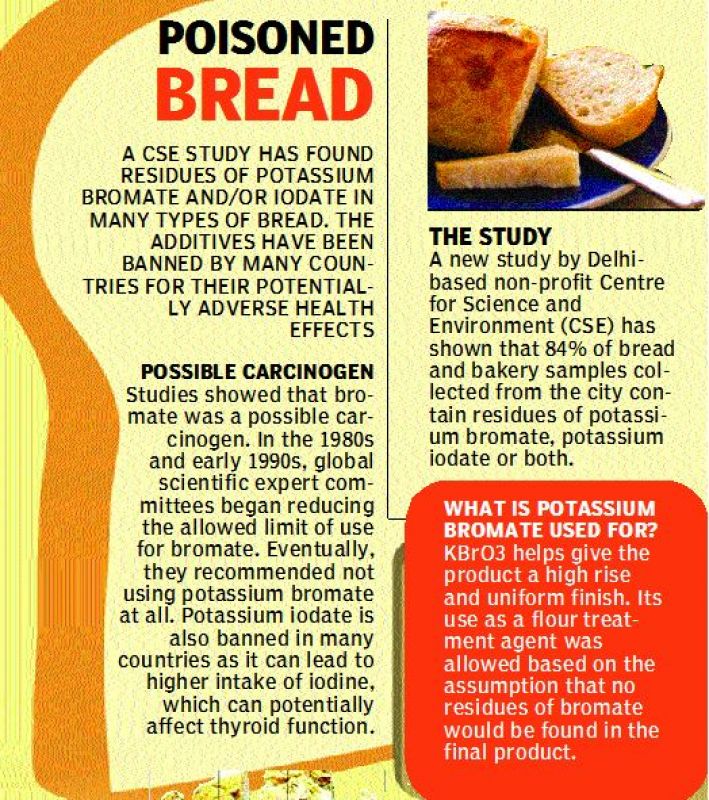 It claimed that while one of the chemicals is a category 2B carcinogen, the other could trigger thyroid disorders but India has not ban their use. Health minister J.P. Nadda said, “We are seized of the matter. I have told my officials to report to me on an urgent basis. There is no need to panic. Very soon we will come out with the (probe) report.” 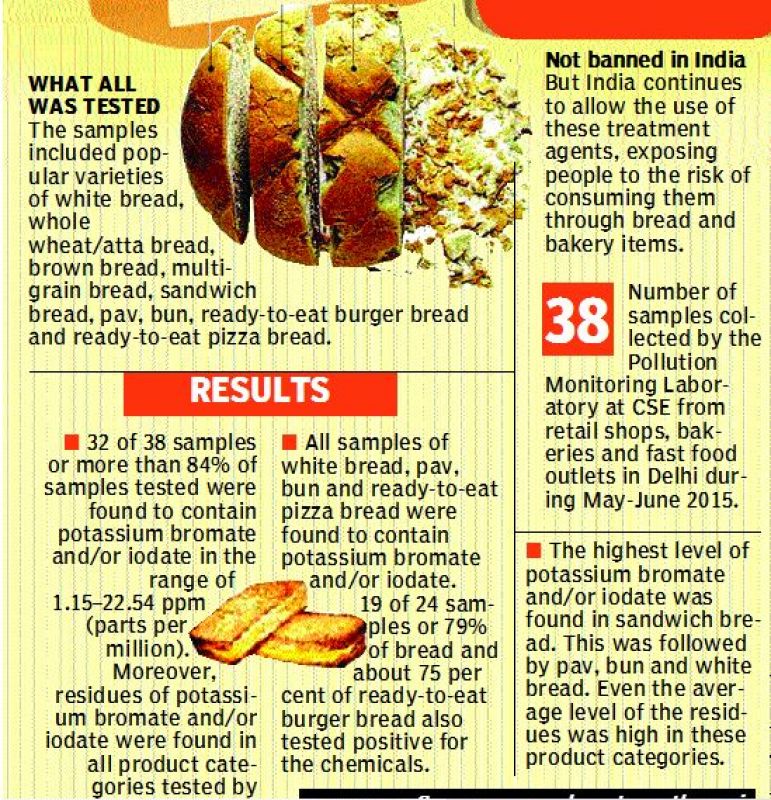 “Our study confirms the widespread use of potassium bromate as well as presence of bromate residues in the final product,” said Chandra Bhushan, deputy director general, CSE.