“Yoga is a process or science which evolves a human soul to a level where they can go into a stage of complete surrender and happiness.

Whether you want to fly with it, or perform an asana on water, or do it with a partner, young Indians are repackaging yoga to find their way back to the roots of this practice that can be traced back to 5,000 years ago. For millennial Indians, Yoga is no longer just a traditional practice, but a way to bring in zest and fun into their routine by mixing it with new props and taking it a notch above what we have been taught yoga is.

Yoga is now fresh, trendy, fashionable and Instagrammable!
Sarvesh Shashi, the founder of Zorba Studios that have their presence pan India, became one of the first young propagators of reformed yoga. They introduced around 25 different forms of yoga — from those that lift you up (aerial yoga), take you underwater (aquatic yoga) or make you paddle boarding (paddleboard yoga).

“Although I’ve been practicing yoga since I was six, I noticed how the traditional form never appealed much to the younger crowd. The most commonly existing misconception is that yoga is for older people. People didn’t care much if it was presented as a hatha yoga but were impressed by that yoga form that made catchy pictures that could they could share on social media.

From basketball yoga, to paddle boat yoga, we are mixing this ancient science with other physical activities, which is exciting for people of all ages. One could say it’s just old wine in a new bottle,” says Sarvesh.

Is the ancient science of Yoga being replaced?
He adds that this social-media-appealing yoga has had many takers than yoga in its true form did at his studios. “The essence of yoga is not lost, but Instagramming it with props makes it fun for those performing the asanas. Although we see many setting world records on the International Yoga Day, in the long run, these innovations can help people in adapting it to their lifestyle,” the 25-year-old entrepreneur and yoga expert says.

The only thing Bharat Thakur asks of people who want to practice yoga is to do it religiously for an hour. This founder of Artistic Yoga, a combination of ancient yogic knowledge with sports medicine, says, “Yoga is a process or science which evolves a human soul to a level where they can go into a stage of complete surrender and happiness. It also gives flexibility and strength to the body, and through meditation, it calms and balances the mind.” he adds.

Through simple breathing exercises of 15-20 minutes a day, one can conquer stress and even manage the health. yoga also helps improve balance, flexibility, the range of motion and strength. It soothes the mind and makes us breathe more consciously. Age has no part to play.

“You can get into it at the age of seven or impress everybody with your suppleness at 70. Everyone except a lazy person can practice yoga,” says Kamal Maliramani, founder, Energizer Yoga.

Yoga is a Life Science.
Talking about the essence of yoga, he says, “Yoga helps to control the number one life-sustaining agent that none of us can do without — breathing. It enables to breathe correctly and helps take control of breathing by bringing physical and mental disciplines together. In yoga, the breath signifies vital energy. Once you control your breathing, you control your body and relax the mind. If you aren’t breathing well, you aren’t living well.”

Sakeena S. creative designer, who swears by yoga says, “My three favourite types of yoga asanas are vinyasa Yoga, surya namaskar and kapalabhati pranayama. Vinyasa is perfect for posture and helps build a strong back. Sun salutations is a good stretch for the entire body giving it endurance and increasing concentration. The last is a breathing technique with active exhalation and passive inhalation and has many benefits such as strengthening stomach muscles, Improving blood circulation and curing ailments,” she says. 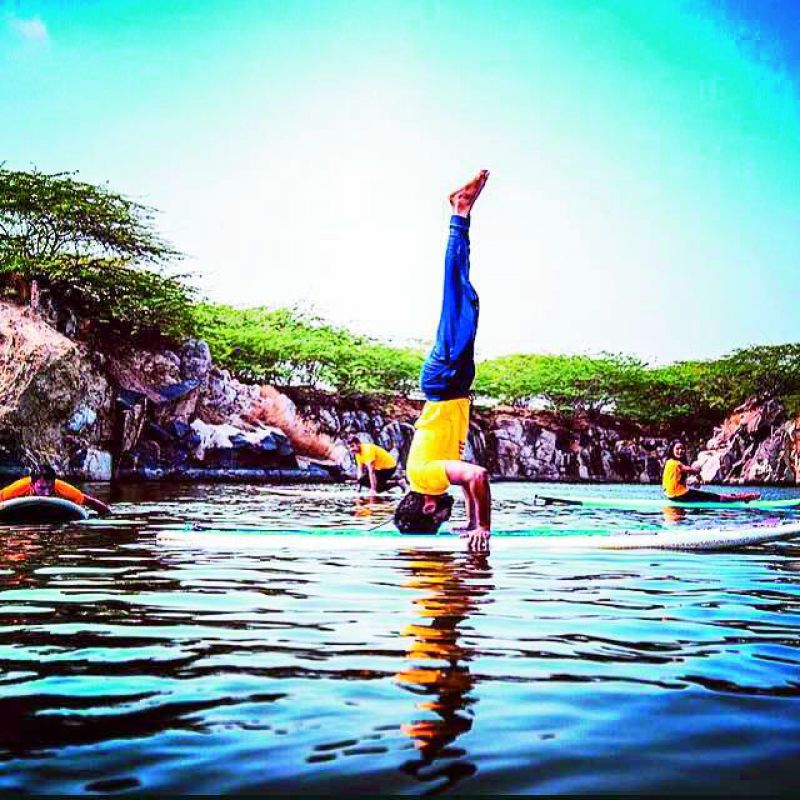 paddle yoga: Sarvesh Shashi, the founder of Zorba Studios does a Sirasana on a paddle boat 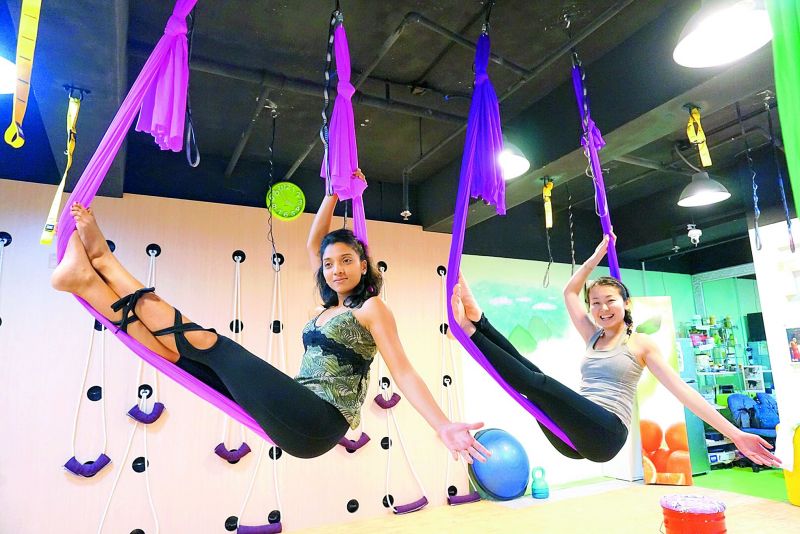 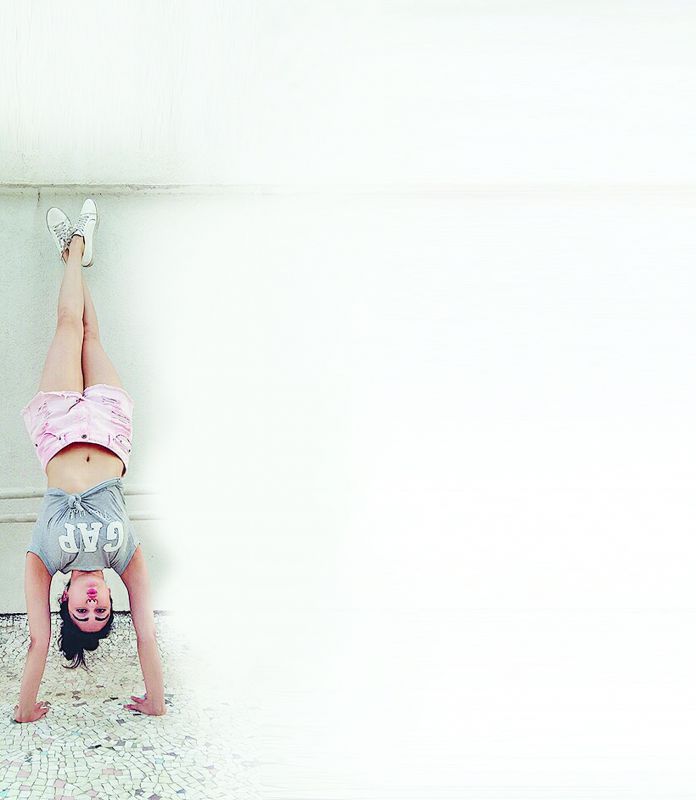 While I like the nadi shodhan pranayama, my favourite is chanting Om. A deep inhalation and exhalation as you chant it is calming and peaceful. I love combining different styles of exercise. I do yoga stretches after a gym workout. I combine Mallakhamba with yoga. Even my dance and skating routines start off with yoga stretches and end with surya namaskars —Adah Sharma, actress

On breathing and chanting Om
Chanting Om controls your negative thoughts and deletes pessimism from your mind. Om is divided into three parts - a-o-m - and yogis across the world believe that Om is the vibration in any or every element of your life. If we can control the vibrations and connect with Omkara, we can connect with the Divine.

Pranayama
Pranayama aligns your mind, body and soul. You can feel every breath while performing this precious asana even as it increases your concentration. Today, our physical and mental states are not always in sync. It is considered extremely normal for a human being to get about 50,000 thoughts a day, so controlling your mind will keep you calm and focussed.

Triple combination — Base, Flyer and Spotter
The base participant acts as the physical foundation on which poses are built. The flyer participant is connected to the base at support points along their hands, feet, back, or hips. The spotter participant keeps a close eye to ensure nothing goes amiss. A major focus in acro yoga is cultivating a sense of community, as cooperation is essential to the practice of this unique form.

Bhujangasana — cobra pose
Improves the flexibility of the spine and decreases stiffness, strengthens hands and shoulders, makes us more confident.

Trikonasana — the triangle pose
Stretches muscles of the legs and hands, improves flexibility at the hip, improves posture.

Heading out for inner peace