Most Indian women professionals judged based on looks: study

Increasing awareness about feminism and women’s issues has not been able to change prevalent patriarchal attitudes in India. A recent study conducted in different parts of India showed that men are still hung up on women's looks even at the workplace. 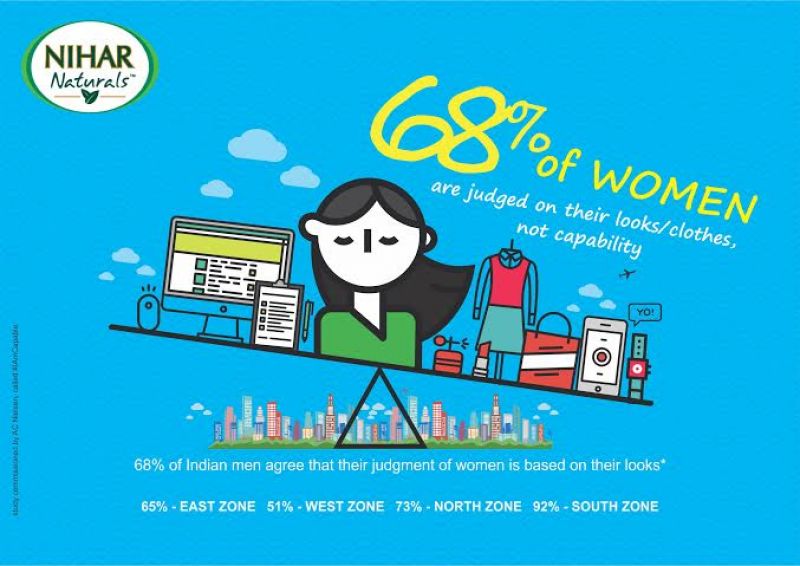 A study carried out in different parts of the country reveals that women in modern India are still judged on the basis of their appearance rather than their capabilities.

The results from the study showed that around 68 percent of Indian men admitted to judging women solely on the basis of their looks rather than their talents and capabilities. Even arbitrary external factors like a woman's hairstyle could have a major impact on people's perception of their overall personality as 65 percent of Indian women feel that they have been judged according to their hairstyles. This means that a woman's choice of hair dye could overshadow the amount of efforts she has put in her work project. 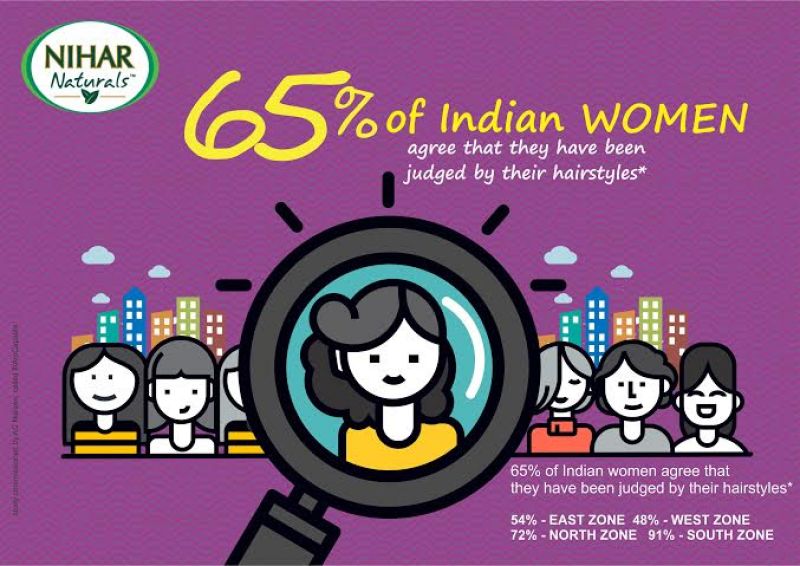 It seems like a bad hair day could prove even unluckier for Indian women as a majority of them agree that they have been judged according to the hairstyles.

Pop culture and advertising have often been blamed for the objectification of women and have added undue pressure on how women see and groom themselves. In fact, regular experiences of objectification by others can also lead many women to self-objectification and low self-esteem, according to a study published in Psychological Science.

Even age-old stereotypes about what a 'good' Indian woman looks like come to play when judging her capability of understanding children's needs. An astonishing 62 percent of Indian men said that they thought women with long hair were more likely to understand children better. 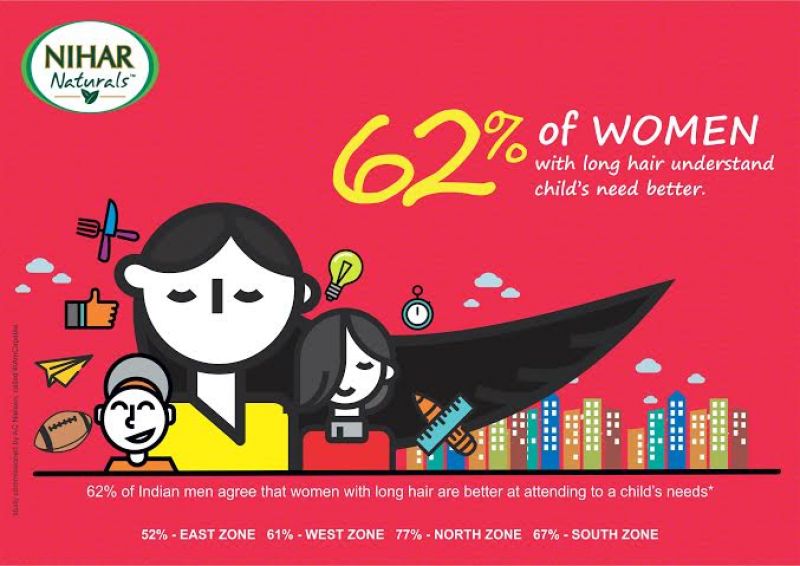 Stereotypes about what an ‘ideal’ and ‘traditional’ Indian woman should look like still have a strong hold and can even influence a person’s perception of a women’s nurturing capabilities. 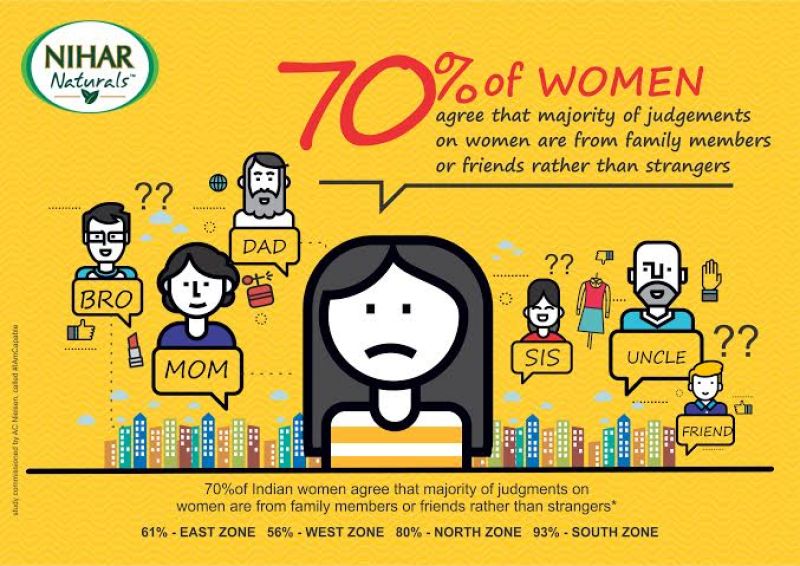 It’s disheartening to know that Indian women are more likely to have to deal with judgemental behaviour from their family and friends. This also highlights the lack of strong support systems for Indian women in general.

Often prejudices run so deep in the social fabric that even loved ones can seem not-so-supportive about a woman's aspirations. About 70 percent of the Indian women surveyed confessed that the majority of the judgmental behaviour directed towards them was from their own relatives and friends rather than strangers. This pan-India report was conducted by A C Nielson and is an initiative by Nihar Naturals.

Covid-19 fear still pushing one in five into depression

Nurses, female health care workers most at risk of distress during COVID-19: Research