A still from a popular sanitary napkin advertisement

It is an issue that affects nearly half of the population, but even today, menstrual hygiene is a cause of concern for women in rural India. The 14.5 per cent tax on sanitary napkins makes them unaffordable, one of the main reasons why girls in rural areas discontinue their education. Over the years, various activists have been demanding that the government should either reduce or abolish the tax on sanitary napkins, as it is a necessity for women. When products such as condoms and contraceptives are tax free, then why are sanitary pads still categorised as luxury products and taxed heavily? 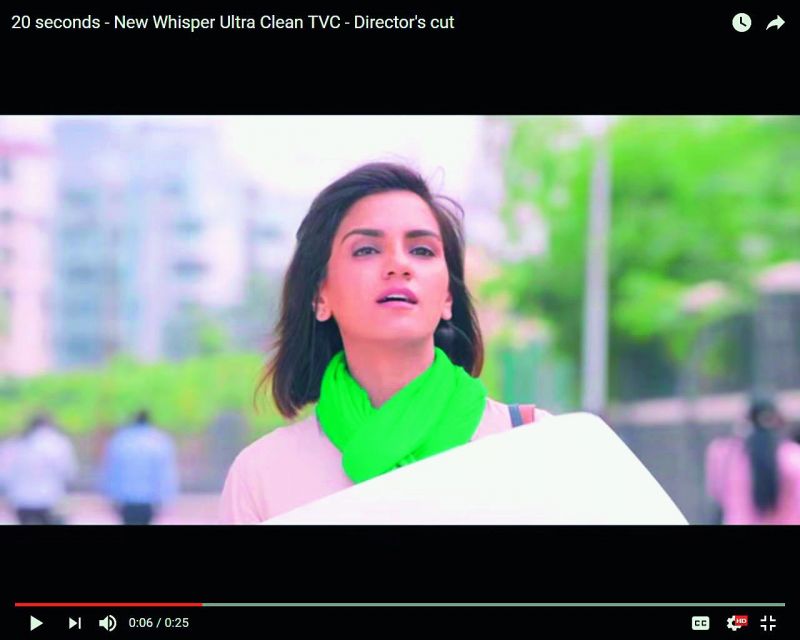 A still from a sanitary napkin advertisement

Bringing the issue to the forefront, MP  Sushmita Dev from Silchar, Assam, has started a petition called ‘#TaxFreeWings’ on Change.org, calling for 100 per cent tax exemption on the production and distribution of sanitary pads.

The petition has been addressed to the Finance Minister, Arun Jaitley and already has around 66,529 supporters. Once it reaches 75,000, it will be sent to the government for consideration. Signing the petition, politician Rahul Gandhi tweeted, “Take a step to change the lives of millions of women this #WomensDay. I signed this petition, so should you, because Indian women deserve better. (sic)” Politicians Salman Khurshid and Baijayant Jay Panda have also signed the petition.

Aditi Gupta, founder, Menstrupedia, an online guide that helps women to stay healthy and active during their periods, says, “It’s absolutely essential to exempt tax on sanitary pads or female hygiene products like tampons and menstrual cups. Our girls and women deserve better sanitation, as only 32 per cent of women use hygienic products in the rural areas. Due to Arunachalam Muruganantham’s innovation, many low cost sanitary napkins are being made and distributed. This has also created jobs for rural women. Getting the pads tax free would help the process work smoothly and help our girls and women to experience periods comfortably, which are anyway made worse due to the social stigma and many myths and misconceptions surrounding this biological process.”

Ayesha Farheen, an MSc Nutrition student from Shadan Institute of Medical Sciences, says that when women’s issues such as eve-teasing are now being spoken about, it is high time we talk about this too. “I’m proud of the MP’s move. Nobody talks about menstruation and the problems women face because of it. Some of my friends from lower income backgrounds cannot afford sanitary napkins and I have seen them face many problems. I hope the government takes action soon,”  she says.