Some of the most beautiful things about children are their bubbling energy, uncontainable enthusiasm and unquenchable curiosity. But with the concepts of ‘vicarious living’ and ‘virtual reality’ becoming increasingly popular these days — be it experiencing a whole new country on a gadget or playing outdoor games within four walls with remotes and joysticks — kids seem to be at the risk of succumbing to sedentary lifestyles that many adults are already living.

However, many parents realise how crucial physical exercise is for the wholesome development of a child, and they are doing their best to keep them outdoors. From sport classes after school or participation in the various marathons that happen in the city, kids across age groups are living it up. Srilatha, mother of seven-year-old Shriya and 16-year-old Rahul, says that sports is a mandatory activity in their family. “Sports is something that will not only keep their body but even their minds active. My daughter took part in the duathlon that happened in the city recently,” says the doting mother 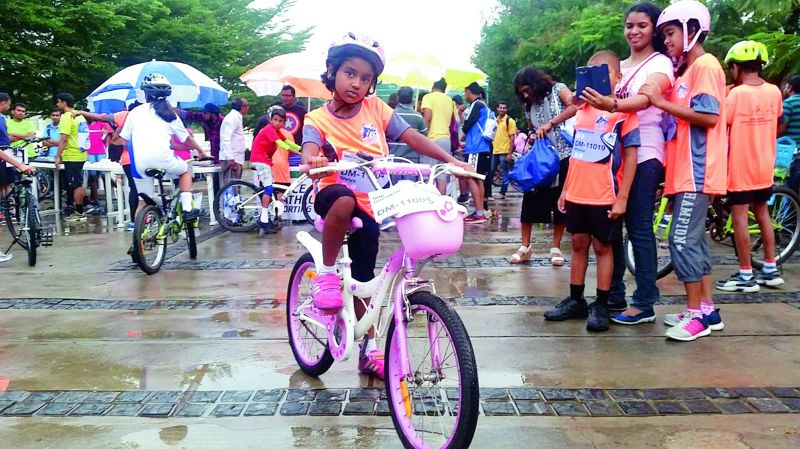 Shriya while participating in a duathlon

Prasanna Kumar, father of 12-year-old Bonam, a kabaddi enthusiast and triathlete shares an interesting view point. He says, “That sports keep not just children but anybody fit is obvious. But how it’s helping Bonam is by giving him a sense of responsibility and sociability, especially when he goes for large-scale events such as marathons. By going to these events, he witnesses so many more passionate people that it inspires him.” 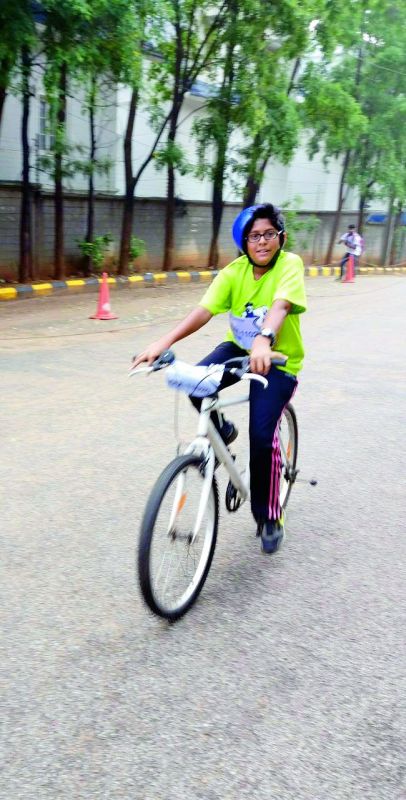 Bonam during the triathlon event

Jaahnavi Sriperambuduru, one of the youngest mountaineers and the youngest mountaineering guide in the world, recently took 28 kids between the ages of 7 and 16 years on an expedition to the Everest base camp. “Mountaineering connects one with nature, and takes them far away from gadgets and phones. Once they’re out there, many realise how well they can do in other activities and how they can take care of themselves. When you’re a sportsperson, you learn to tolerate whatever comes your way. The kids who conquered the base camp say that their lives have transformed. They’re now fighting with their parents that they want to do more fitness activities. Sports is like an addiction, and a healthy one — something that kids can totally take to.” Suresh, the physical education teacher at Chinmaya Vidyalaya, says that sports also help immensely with building the kids’ self-confidence. “Disabled children also take part in sports for this very reason. They want to get rid of the sense of inferiority and want to tell the world that they too can fight and be on par with the others. It helps better the body’s metabolism too, which is important for kids in their formative years.”

Prior infection cuts COVID-19 infection risk for up to 10 months: Lancet study

Early detection of fungal infection can save vision: Experts