Hyderabad: Milk from cattle fed with molasses cause for concern

bio-liquid reduces cost spent by farmer on feed by 10 times, most of the farmers are adopting such practices. (Representational image)

Hyderabad: Another threat to citizens from adulterated milk at cattle-feed level. Most cattle farmers are giving molasses waste and bio-liquid from liquor factories as feed to their cattle, which is having a bad effect on the citizens’ health. Most cattle farmers in villages neighbouring Hyderabad city are adopting the wrong practice and giving bio-liquid feed to cattle.

Although researches showed the wastes from liquor factories, like molasses and barley waste, are best nutritious feeds for cattle, they had cautioned it will be dangerous to the health of cattle and citizens. 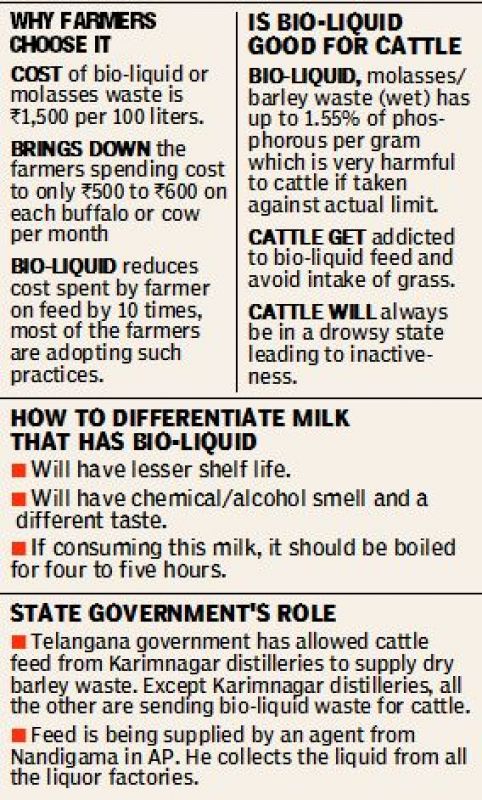 Assistant professor at the Department of Animal Nutrition, G. Alexander, said, “Molasses waste or barley waste will have 1.22 per cent to 1.55 per cent of phosphorous. Wet barley waste is suggested as cattle feed. More than 10 to 20 per cent of such feed is harmful to both cattle and the people.