As per the instructions issued by the state government, MR vaccination is compulsory at all schools.

Bengaluru: The ongoing measles rubella (MR) vaccination drive once again proved that the Department of Public Instruction (DPI) is totally out of sync with majority of private educational institutions in the city. Though the drive has been taken up jointly by the DPI and the Health Department, some 30 schools, all CBSE/ ICSE affiliated, have given it thumbs down, saying they were not informed about the drive in advance. The DPI has now issued a notice to all these schools.

As per the instructions issued by the state government, MR vaccination is compulsory at all schools. DPI sources said that most private schools in the city are not interested in the initiative and are not allowing the health department to hold the vaccination drive on their campuses. The schools have been citing lack of permission from parents to vaccinate their children.

Sources said that however, all the state syllabus schools are taking part in the drive following the directions issued by the state government. Mr D. Shashikumar, general secretary, Karnataka Associated Managements of English Medium Schools, said all the schools have joined hands with the health and education departments for the successful implementation of the project. 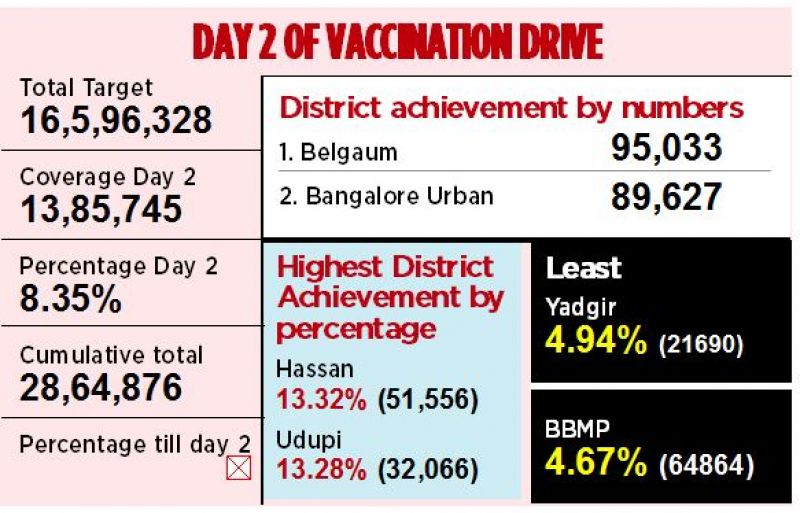 But most of the CBSE/ICSE schools are yet to take a final decision on allowing vaccination of their students as none of the government agencies tried to educate them over the importance of this drive. The principal of an ICSE school said that though vaccination is very important, the government cannot impose it on schools without any meeting or discussion. “The parents have told us that they have already vaccinated their children against MR. The need of the hour is consultation and awareness drive. But government agencies are not ready to take up all these. Instead, they want to impose everything and that has led to confusion," he said.

The DPI has issued notices to 30 schools for not participating in the drive. But schools are expected to use feedback from parents to counter the notice. “We’ve requested parents to ensure that their children are vaccinated. Vaccination can be done anywhere, including PHCs and anganawadis. Schools cannot be held responsible,” said a principal.

Government denies rumours
On day 1 of the measles rubella vaccination drive, 16 cases of mild anxiety were reported among the schoolchildren. "But few anti-social elements used the social media to spread fear among parents in Mysuru and Chamarajnagar. But state government agencies are also using social media effectively to counter such claims and clear all the doubts about the drive. We are uploading interviews with parents and children on government portals and social media pages to create awareness," said a Health Department official

Fad diets are just that… Fads!