Is it worth the weight?

Anushka Shetty recently posted a photograph on Instagram which surprised many. It shows that after months of hard work, the Bhaagamathie actress has got back into shape. But, the transformation wasn’t a cakewalk. It all started a couple of years ago when she had to put on 20 kilos for her role in the bilingual film Size Zero. While it took Anushka two months to gain the weight, it has taken her almost two years to lose it. 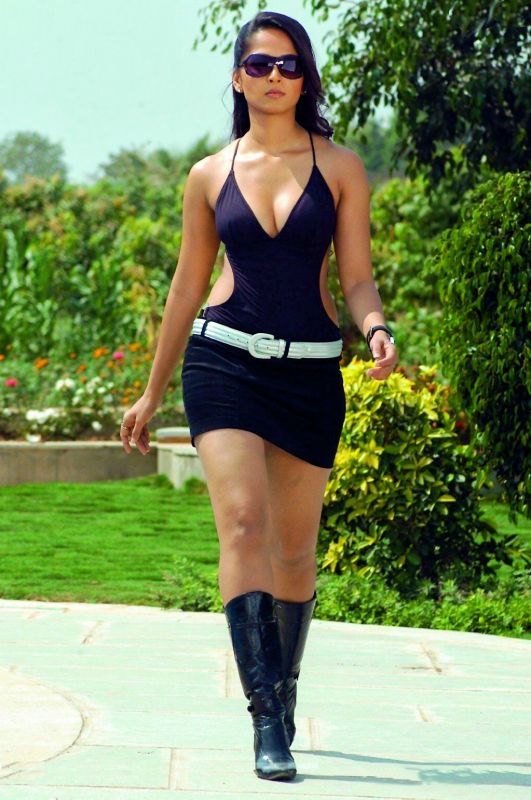 A still from Billa

We wonder then, why did the 36-year-old gain weight instead of using prosthetics or a body suit. “We actually did a few trial photo shoots with prosthetics. Although my body looked fat, my arms and face looked leaner, so there was a clear mismatch. It doesn’t look convincing on screen for the audience because the film is high on emotions. So I decided to pile on the kilos naturally,” reveals Anushka, adding, “I know that I had to lose weight later, so I ate with caution under supervision. I ate rice, carbs and homemade food and avoided oily and junk food.”

But the litmus test for the actress came when she had to get back in shape for her role of Devasena in Baahubali. Apparently, the transformation was so difficult that the poster for Baahubali 2 had to be released with computer graphics at the time. “I knew the transformation would be very difficult; so the key was to mentally prepare for it. Being a yoga expert myself, I know that it takes time. Apart from doing yoga, I took advice from nutritionists, doctors and gym instructors, did rigorous fitness exercises, enrolled for special weight loss programmes, etc,” shares Anushka. 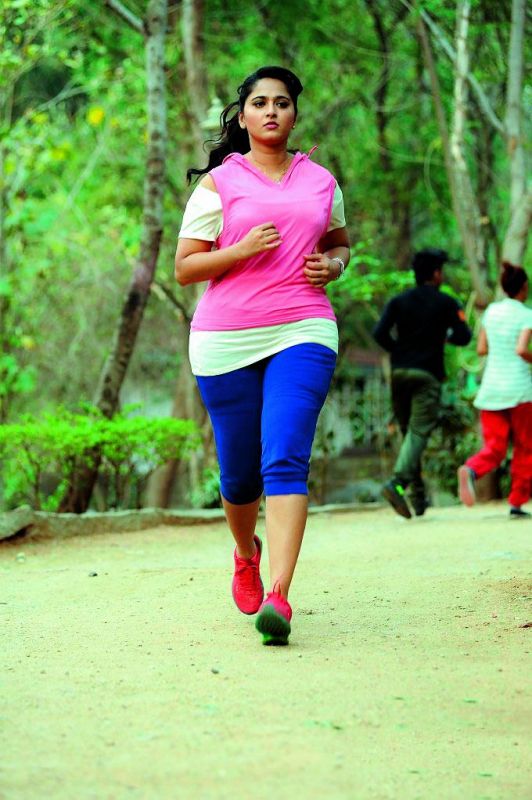 Joining the list of actresses who have worked hard to lose weight naturally is Seerat Kapoor. She had put on several kilos for her role in Columbus, but resorted to Pilates to lose the weight. “I worked on Pilates, which is a mix of yoga and weight training. It activates even the smallest muscle in the body. I worked on it for a few months. Timely sleep, seven small meals per day, altering the workout regimen accordingly, etc., kept my body active. There are cheat days too and I feel like they are as important as your workout days because the body needs rest to rejuvenate,” Seerat explains. When asked whether she has any regrets about putting on the weight for her film, she replies, “Not at all because my role was appreciated; so there’s a sense of satisfaction.” 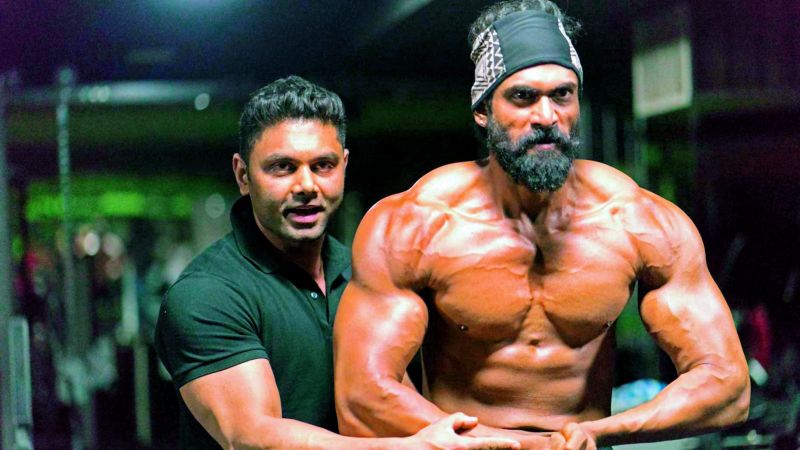 Actor Rana Daggubati also had to shed around 20 kilos to play the younger version of his character, Bhallala Deva, in Baahubali 2. The strapping actor reveals that he had to train for more than two hours every day over a few months to achieve the desired look. “I extensively worked on cardio and weight training, apart from eating once every couple of hours. The diet was high-protein and low-carbs and a nutritionist was present round the clock to monitor that we were on the right track,” he says, adding, “I find losing weight easier than bulking up.” 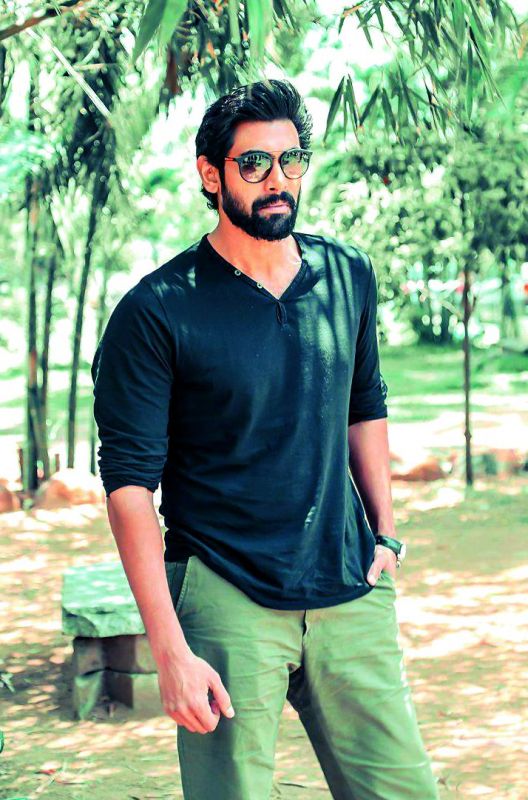 Even actress Shraddha Kapoor had to gain some weight, despite using prosthetics, for her look in the recent crime-thriller Haseena Parkar. Similarly, Aamir Khan had the option of using a bodysuit, but he preferred to put on 25 kilos naturally for his role of Mahavir Phogat in the blockbuster film Dangal.

Considering how much these actors slog for their characters, do they think it is worth the effort, especially if the film tanks? Anushka reasons, “I believed in the character and enjoyed every bit of playing Soundarya. I personally was able to connect to the character and also felt that every woman would relate to her. I was indeed inundated with messages of appreciation for my role.”

Allari Naresh, who had to wear 23 kilos of prosthetic to look bulky for his role in Laddu Babu, concurs with Anushka. “See the results are never in your hands, so as an actor, it is imperative that I should have at least the job satisfaction. So I am happy that I enjoyed and gave my best for my role in Laddu Babu,” he says. 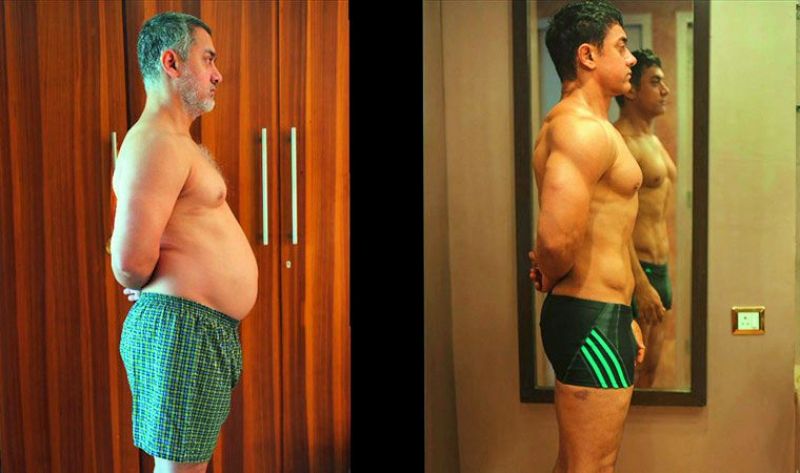 Aamir preferred to put on 25 kilos naturally for his role of Mahavir Phogat in Dangal.

Jai Lava Kusa actress Raashi Khanna too has had her woes of staying in shape. “I had thyroid issues and was under stress. But during Supreme, I became very serious with my workout regimen. I worked out for two-and-a-half hours every day, but I drained myself. I realised that staying fit is not to become frail, so I restructured my workout session to 90 minutes every day and I do not skip it. Now, if I’m shooting outdoors, I indulge in running, jumping, planks, squats and a variety of floor exercises,” explains the 27-year-old. 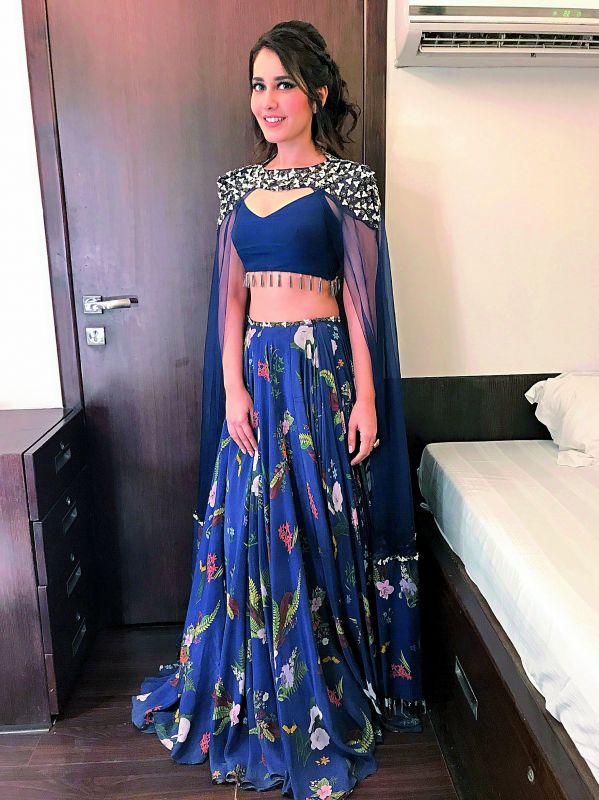 Revealing her diet intake, she adds, “I have changed my diet plan and have six small meals in a day, ensuring that dinner is light. I indulge in bitter gourd juice, vegetable and fruit salads and anti-oxidants.” “If you are passionate about what you do, nothing comes in between. Also, a workout regimen makes you stay positive,” comments Rana.