An up and running challenge!

A file picture of runners in Bengaluru city.

When Tanvir Kazmi started running with a goal to keep at it, without breaking the habit, for 100 days, it was only meant as an experiment to keep fit during the summer months. Now that simple run has turned into a movement – The 100 Days of Running Challenge. The oh-so-fit and not-so-much from over 500 cities across the world – including Bengaluru, are all set to participate in this challenge which has one simple rule: run for two kilometers a day, for 100 days.

“I basically started this in 2014 as an experiment to keep myself fit during the hot summer months. Since then, the simple nature of this idea, to just run for 2 kilometers a day, has really caught the fancy of people and gives them a hope that it’s doable by everyone,” says Tanvir, who is a passionate runner and has run over 40 marathons in the past.

The movement that has since picked up speed now has 12,000 registered participants from across the country and abroad, from more than 500 cities. “I see this as the beginning of a new fitness revolution in India. The entire concept is to encourage people to make running a habit, part of their lifestyle,” he tells us. 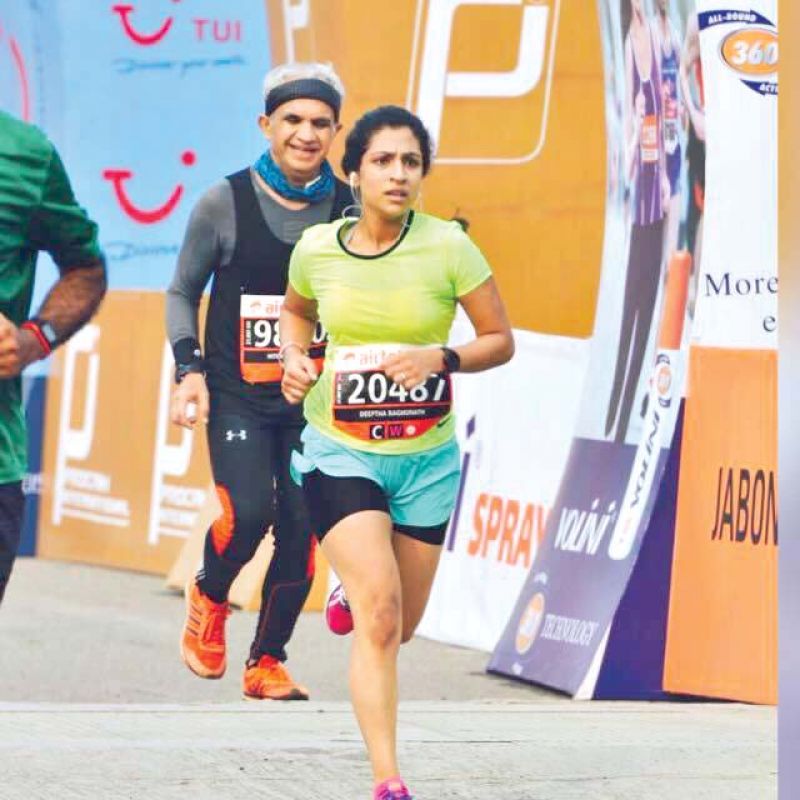 Up and running city folk are already seeing the benefits of keeping on track. Take Vijay Pandey for instance. This initiative led him to a streak of 365 running days! “It brings discipline, which I think is the key to take your fitness journey to the next level. It’s also a little more than jogging and a little less than running – meaning, more enjoyable and less painful,” says the senior manager at an IT firm from the city who made his runs more enjoyable by listening to audio books, podcasts and music.

As a by-product, he lost some weight too. “You also begin to make informed choices with regard to food. For instance, if you eat something oily, you know you can’t give that day’s running a good shot,” he adds.

So, how can you stay on track? Bengaluru-based fashion designer and fitness enthusiast, Deepta Ragunath who is taking part in the challenge has some cues: “A pre-run warm up is a must since it is 100 consecutive days of running. Post run stretches are another must as the muscles are being constantly used and need to be stretched and relaxed. I also recommend eating and hydrating well during the run as the humidity is comparatively high,” notes the runner who believes that this is an amazing initiative as it not just helps you understand and respect your body better, but teaches you to be committed to being fit!

How safe is it to conceive amid a pandemic?

Humans to blame for spread of coronavirus and other 'zoonoses'