Wernicke’s Encephalopathy is a neuropsychiatric disorder that leads to paralysis of eye movements, swayed walking and confusion.

Deficiency of vitamin B1 in pregnant women with severe vomiting, senior citizens with severely reduced diets, those on intravenous nutrition due to illness and cancer patients who have undergone chemotherapy are at a risk of developing Wernicke’s Encephalopathy.

This is a neuropsychiatric disorder that leads to paralysis of eye movements, swayed walking and confusion.

Earlier termed to be a disease of chronic alcoholism, this disorder is now found in those having celiac, post-bariatic obesity surgery, infants on formula feeds, which are deficient in thiamine and  renal disease patients on hemodialysis. It is also found in those people who are malnourished as their diet is rich in carbohydrates.

What is Wernicke’s encephalopathy? What causes it?
Wernicke’s Encephalopathy (WE) is a neuro-psychiatric disorder caused due to thiamine (vitamin B1) deficiency. Clinically it is characterised by paralysis of eye movements, swaying while walking and confusion. Earlier it was thought to be a disease of only alcoholics, but now we are seeing in cancer and elderly patients whose dietary intake is poor. Those who starve themselves for being in shape and also severe vomiting in pregnant women can lead to this condition.

What are the causes of altered mental status due to this condition?
This is an initially reversible metabolic condition. Glucose derived from carbohydrates is an important source of energy for the brain cells. Thiamine plays a vital role in metabolism of carbohydrates. In the absence of thiamine, glucose is produced by alternative mechanism which causes production of lactic acid, causing local acidosis. This affects certain structures of brain like thalami, mammillary bodies, oculomotor nuclei, cerebellar vermis  which lead to development of altered mental status.

Supplementation of thiamine (intravenously) can help in reversing this condition in the early stages before the damage becomes more profound. 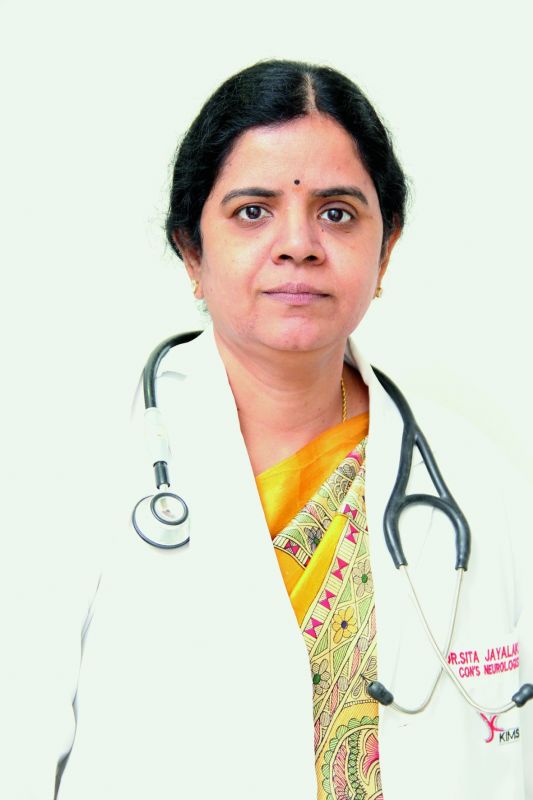 How does this condition develop in cancer patients?
The Vitamin B1 demands are higher in cancer patients due to excess cellular turn over. Poor dietary intake either due to associated anorexia or chemotherapy induced vomiting can add to the risk. Identifying and treating this condition in the early stages is very important as supplementation of thiamine can be done intravenously or through injections.

If diagnosis by imaging is difficult, what other methods do doctors opt for?
Imaging particularly MRI is specific in showing the classical signs of WE as it particularly affects the sensitive brain structures. However diagnosis is mainly based on clinical evaluation. Detailed history of the initial inciting events, clinical signs including mental status evaluation and ocular findings and cerebral signs help in diagnosis. There are no specific laboratory tests that can confirm existence of WE. Moreover lab tests like serum electrolytes and haemogram help in ruling out conditions that may mimic WE or coexist with it. The normal MRI or CT scan does not rule out WE as the changes may sometimes develop over time.

What are the treatment options?
Treatment mainly relies on adequate intravenous supplementation of thiamine (available in injectable form: 250-500mg IV 2-3 times a day for five to seven days), along with supplementation of other multivitamins, followed by ensuring maintenance support with injectable or oral thiamine supplements.

How long does it take to cure?
Adequate intravenous supplementation is given over five to seven days and then oral supplements are continued. Patients are closely followed up for next six months to look for signs of recurrence.

Can the condition re-occur due to aging?
WE is a reversible metabolic condition and may develop over time whenever relative or frank thiamine deficiency develops either due to poor intake or increasing demands. Chronic alcoholics, elderly or intellectually impaired patients (residents of old age homes or mental asylums) in particular have to be closely monitored for the adequacy of their nutritional supplements. Patients with genetic disorders also need to be on regular high dose intravenous supplements.

Vegan, a fad no more