Defeating the Big C in style

All of them are active members of the cancer society.

The six of them walked the ramp, with their heads held high, wearing confident and victorious smiles. No model can replicate that attitude because those six women have fought and defeated the most dreadful disease of the century - cancer.

There is nothing new about a fashion show or a ramp walk. But when the participants are cancer survivors, it is definitely something special and unique. The students of St Theresa’s College, Ernakulam, came up with a novel idea of holding a ramp walk of cancer survivors, ahead of the World Cancer Day observed on February 4th. Sure enough, there is no better way of telling the world, especially those fighting the disease, that it’s not the end. It struck the right chord, as it turned out to be a heart-warming experience for everyone present. 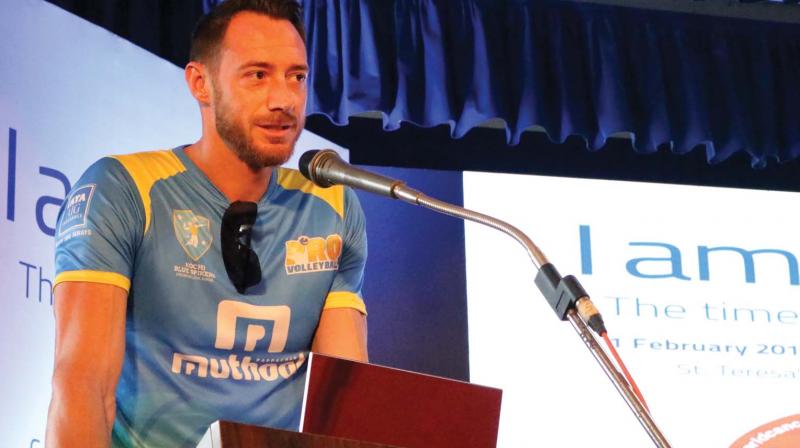 The fashion show, by the name ‘Kinitra’, was held as a part of an awareness campaign organised by the Centre for Excellence in Oncology of Aster Medcity, jointly with the NSS unit of St. Theresa’s College, and had the slogan ‘I Am & I Will’. The campaign was flagged off by celebrity and member of the United States men’s national volleyball team, David Cameron Lee, by smashing volleyball in front of the main block of the campus, which was a spectacular sight for the audience. It was followed by the ramp walk of the six cancer survivors — Suja Nair, Kala, Sherley, Ambika C. Kumar, Smita Menon and Bindu.

All of them are active members of the cancer society. Their smiles emanated confidence as well as the relief of crossing the worst phase of their lives, as they strolled towards the apron, amidst the cheer and applause of the audience.

“While searching for an innovative programme to launch the campaign, it was our NSS volunteers who came up with the idea of a symbolic ramp walk by cancer survivors. It will send a clear message to the public that it is not impossible to survive the disease and win over it,” says Sajimol Augustine, principal of the college. The fashion show was followed by an interactive session, in which students cleared their doubts related to cancer, from the doctors of Medcity.