The days of hassling your way through  a crowd, shouting your order for a bottle of liquor through a grilled counter are over. With the rising number of walk-in liquor marts in the city, buying alcohol has not only become convenient but also more transparent. MRPs are followed and lines are maintained, leaving you and your wallet far less bruised.

Ashwin Balakrishnan, a 28-year-old advertising executive says, “Variety is the biggest benefit. I like the wine selections at the bigger marts, which small shops just don’t have. It’s better for the mood to do your liquor shopping in a decent atmosphere.”

Marts these days stock not just a huge number of brands that were hard to find earlier, but also a wider range of spirits and liquors themselves — from Foreign Liquor (FL) whiskey, Scotch, rum, vodka and more to Indian Made Foreign Liquors (IMFL) as well. 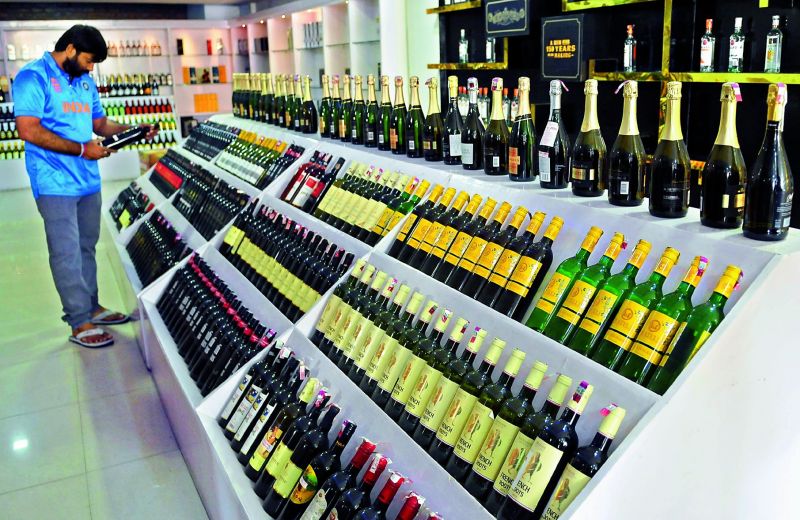 A customer checks out a bottle of wine at a liquor mart in the city that opened recently.

“At regular wine shops, sometimes there’s the ‘cheap crowd’ and the issue of safety,” says Suresh Reddy, who owns a liquor mart in the city, adding, “Here, you walk in and spot what you want from a wide range of liquors and brands. It’s easier for women to buy alcohol too.”

The rising cosmopolitan nature of the city has contributed to this, but even though liquor marts have been around for the past three to four years, only a handful continue to exist. The reasons, store owners say, are far and wide.

Anith Reddy, who has  recently launched liquor mart in the city that is said to be the largest in the country, says that Telangana’s notorious bootlegging liquor lobby is one of the main reasons why larger stores face a hard time setting up shop in the city.

“In the last two years, Telangana alone has done about Rs 12,500 crore worth of liquor business. Of that, Rs 200 crore is foreign liquor. The bootlegger’s market, meanwhile, does about Rs 1,200 crore of business, which consists of spurious, diluted and adulterated spirits” says Anith, adding, “People and tourists are coming in from various cultures and locations, yet local businesses stop the expansion of the industry. The country’s largest liquor stores have been brought down too.” 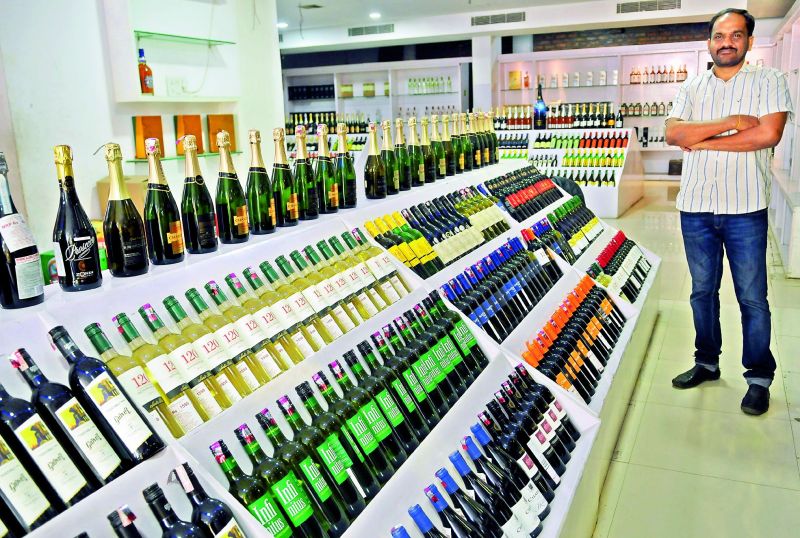 Suresh adds that finding the right property is also painful: “It’s hard to get someone to let out space for a liquor store — people think it devalues the property. You have autorickshaw drivers as well as BMW owners coming in. You need to have the right location for them. Rents are also high.”

The markets also get divided when owners decide to open a liquor mart instead of smaller wine shops. However, some like Suresh, have found a way to get around that issue. “If you go to a restaurant, you see non-AC and AC sections. We’ve done the same thing here. If you want something that costs below Rs 1,000, you go to the wine shop. For anything above, you come to the mart. So we get to cater across markets,” he explains.