An ITC hotel has always been known for its sumptuous Indian cuisine and has set a benchmark for them. This festive season, ITC Grand Central in Mumbai organises the Dehlvi Food Festival (18 – 27th October 2019) at Hornby’s Pavillion. To commemorate Delhi as the melting pot of culture, ITC has curated a special menu that forms an integral part of the old Delhi culture. Dehlvi is an attempt to reconnect one to its roots and appreciate the evolution of Delhi’s culinary journey over the years. It is overall a snapshot of old Delhi through the years and the flavours from their native’s kitchen.

Historically, Delhi has been the trade capital of India, thereby attracting numerous people from across the country. Delhi has seamlessly adopted the flavours on their platter. Dehlvi cuisine is a fine expression of this amalgamation, which has faded over the years. I was invited to explore and delve deeper into the rich culinary journey of old Delhi.

My culinary expedition commenced with a glass of refreshing welcome drink known as Gubali, which deprives its name for it’s the colour. The main ingredient of this drink is pomegranate with a mix of certain spices. The welcome drink refreshed me instantly and invigorated my senses. This was followed by a plate of vegetarian and non-vegetarian starters. In vegetarian option my favourite pick would be paneer, which was not deeply-fried, thereby retained the essence of the taste. 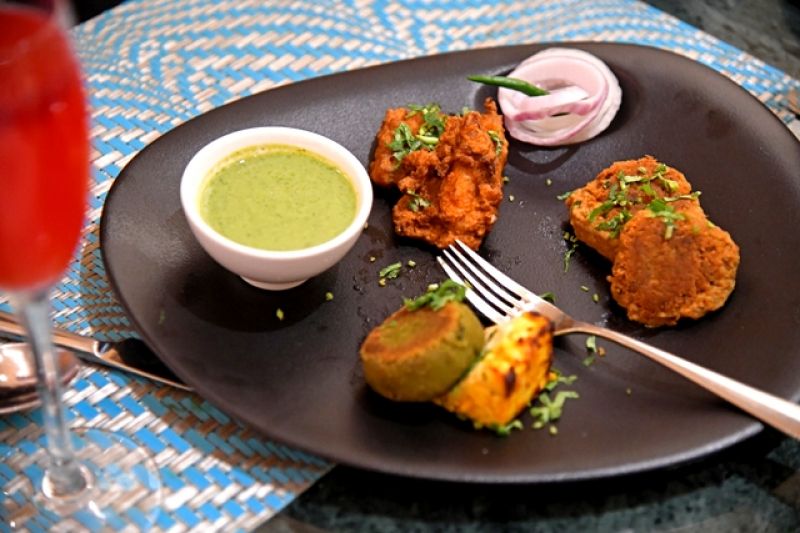 From the non-vegetarian option, I loved the fried Talvi machi and the Gosht Swami, which is Delhi’s favourite rustic and simple mutton preparation. It felt slightly coarse but the taste was divine. Paneer Tikka is prepared in a classic simple way and the taste of paneer stands out. Tikhi Matar Tikki, as the name suggests is made of peas and it is a favourite dish of the Marwaris.

The main course was a lavish spread of delectable food items, which included the special Sarai (lodge) dishes: Gosht Biriyani, Delhi Nihari, Green Polao, Kuni Dal along with others like Dal Makhni and Rajma. My pick would be Green Polao, which is cooked on coal in a dum (slow earthen fire). It comprises of peas, salam mirch and most importantly, this is not a layered biryani and does not comprise of cream.

Delhi Nihari is another marvellous dish from the land of Nawabs i.e. Lucknow. The food is cooked slowly on low flame and this is what helps in retaining the taste of the ingredients. Kuni daal, made with lentils brings alive the flavours of fresh highway side gourmet. 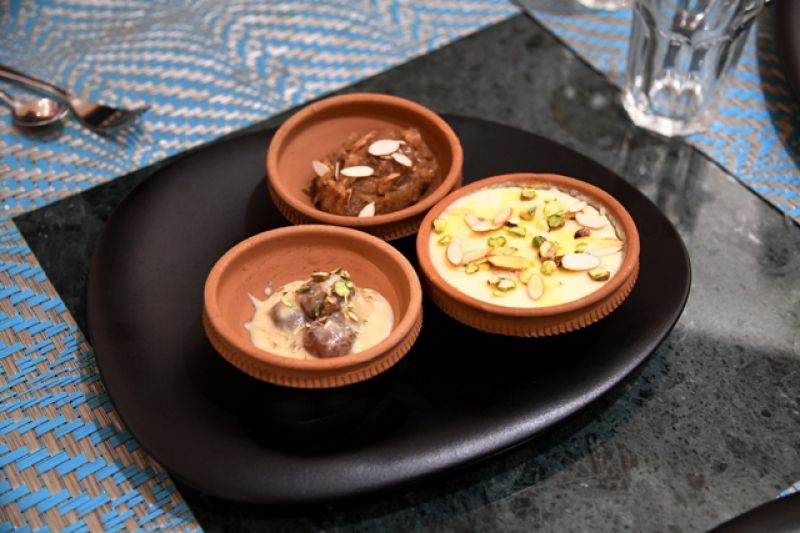 Sweet dish from the Dehlvi cuisine. (Photo: The YellowFrames)

After a whole lot of sumptuous starters and main course, comes the sweet dish. Firni, Rabri and Halwa were served to end the fantabulous Dehlvi culinary journey. Dehlvi is an intrinsic mix of traditions, cultures, flavours and aromas that creates ITC’s signature masterpiece.