A recipe for a hit

Here’s what you’ll need. A little spice, some herbs, a great script and a plot where food plays a major role. Let that stir and simmer for a while before serving it hot to the audience. Going by the trend of hit films, a plot that deals with the culinary world, seems to be a great recipe for success.

Leading the pack is the small-budget-hit Telugu film Pellichoopulu, where the protagonist starts a food truck. Then you have Trisha’s upcoming film Mohini, where she plays a chef and a food blogger, and in the news currently is the Hindi remake of the hit-Hollywood film Chef, starring Saif Ali Khan. But these aren’t the only films — from the 1972-comedy film Bawarchi starring Rajesh Khanna and Jaya Bachchan, and much later Salaam Namaste where Saif played a chef to the Amitabh Bachchan-starrer Cheeni Kum, Stanley ka Dabba, Lunchbox and more — films that deal with food have always had a major appeal with the audience. 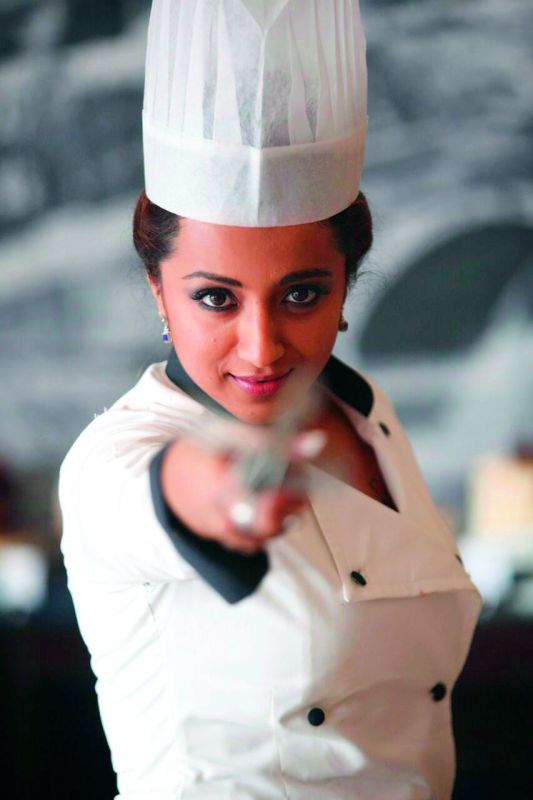 Trisha plays a chef and a food blogger in Mohini.

Talking about why food played a big role in his film Pellichoopulu, director Tharun Bhascker says that the food industry always interested him. “I was blown away when I watched Chef. At the end of every scene, I felt hungry. Then I watched The Hundred-Foot Journey, the film connects memories with food. I found that food has an immediate connect with people and this is one of the reasons that prompted me to use it as a major story line,” says Tharun.

People might have different views on different issues, but food is what connects them all. Ramana Madhesh, the director of Mohini says, “Food is one of the most common things that binds people and that is perhaps why the culinary world draws people in.” 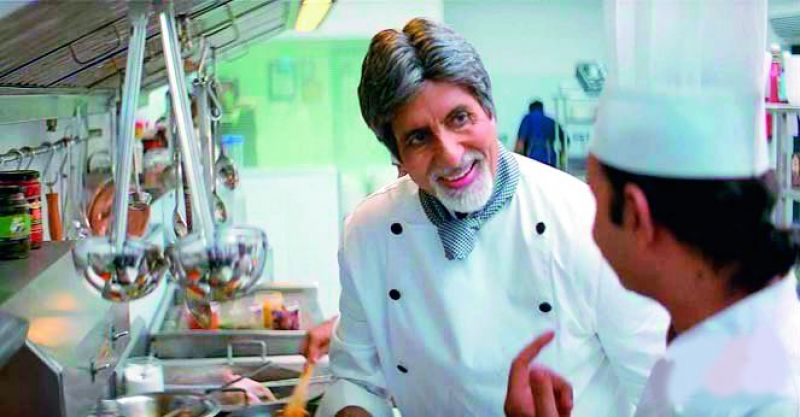 Amitabh Bachchan in a still from Cheeni Kum.

For most filmmakers, food is an important point in their films because of their own interest. Take for instance Ritesh Batra, who directed Lunchbox. “I love to cook. This film was born out of my love for food. I cook at least once a week. How do I rate myself as a cook? Very harshly. I’d definitely read the review about my cooking if they ever came out,” says Ritesh, with a laugh. While Amol Gupte, director of the highly-acclaimed film Stanley Ka Dabba says, “Food is my expression. I cook. Period. The colours, smell and taste of food have all been a part of my passion since boyhood and I had not been able to extract that. So, when an Indie film opportunity to do so beckoned, I grabbed it,” he explains.

So why the sudden interest in such films? Chef, owner of the food truck The Spitfire BBQ, Siddhanth Sawkar, says,  “In 2007 there was a sudden boom in culinary shows on TV. Shows such as Master Chef took everyone by storm and people took a keen interest in cooking once again, filmmakers and writers were piqued by this and we saw a lot of films about food coming up.”

Food might seem like a great way to draw attention, but directors who have worked on these films say that it is anything but easy. “Shooting food for a film is not easy and requires tons of research. For Mohini, I visited many countries and tasted different kinds of cuisines. Apart from that, I also studied the body language of chefs and even learnt a few tricks, for instance, the way they handle knives,” explains Madhesh.

Tharun adds, “For Pellichoopulu we worked with Siddhanth Sawkar. Apart from teaching our lead the right technique to chop vegetables, he also gave us valuable insights for showcasing food.”

All said and done, films on food are here to stay, but it isn’t just the food that draws the audience. Siddhanth says, “Food attracts people, but the storyline is equally important. What made films like Chef among others click is that it had a great story as well, I think that is what makes it a complete package.”
With inputs from Subhash K. Jha and Anupama Subramanian

Cooking by the rules