If the early life of super chef Das Sreedharan reads like a film script, the latest episode in his amazing career is nothing short of a gripping climax. It is well documented how a boy of 19 from Thrikkariyur near Kothamangalam who used to help his mom in the kitchen and his dad in his chaya kada (tea shop), went to Delhi in search of a job and later found himself in London doing odd jobs. While working as a waiter in an Indian restaurant, the idea of Rasa, an authentic restaurant for South Indian dishes, struck him. After opening the vegetarian eatery in 1994, he recreated the dishes his mom used to prepare and served them with the same side dish called love. In one year, the chef and the restaurant became famous. The self-taught chef went on to open branches, appear in cookery shows, author books and drive around in the latest Lexus. 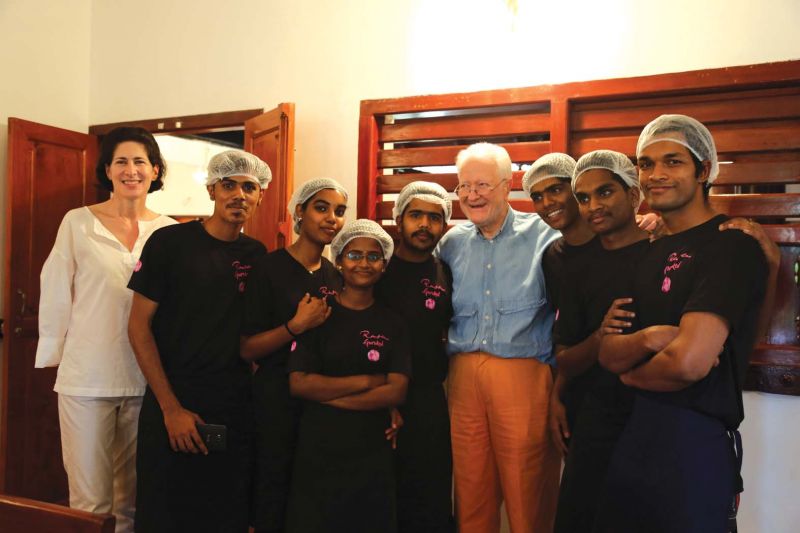 Cut to the present. The scene shifts to idyllic Poolani where the chef spends 10 days every month to train his culinary successors in his recently-opened Rasa Gurukul on the banks of the Chalakudy River. It's no mere catering school but a small village itself that Das has (re)created. Greeting a visitor first are well-fed cows and bulls belonging to some native breed. Bordering the campus are paddy fields where organic rice belonging to Rakthashali, Matta and Kuruva varieties is getting ready for harvest. As you walk around, you see an ironsmith chipping away, women working an oil press to extract virgin oil from coconuts and a pottery unit in the making. 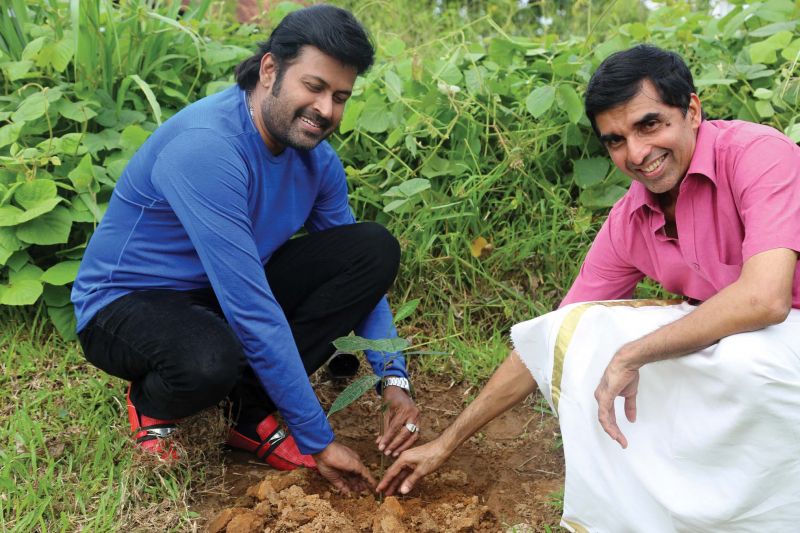 Actor Manoj K. Jayan with Das Sreedharan at the Gurukul.

Das explains his purpose: "When I was on the verge of poverty, food dawned on my life like a miracle. There are so many children like me and I want to save them. I want to transform cooking into a career as colourful as IT." He handpicks underprivileged youth from shelters and puts them through a gurukul system of education which includes classes not only in cooking but also in English language, martial arts and yoga, not to mention life skills. "It is expensive to do a course in a catering college. Here, I give them a stipend and provide accommodation. We teach them how to sow seeds and the link between farming and food. They realise the interdependence of all these avocations." He explains that while the catering schools teach western or fusion cuisine, he trains them to make authentic, traditional Malayali food for which Indians as well as foreigners have been queuing up in his joints. 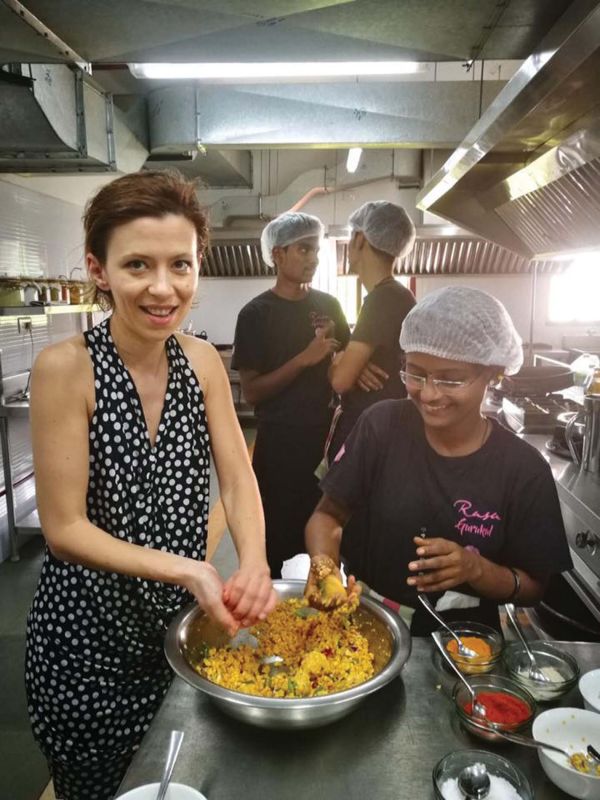 All but one from the first batch of seven students have got jobs in the food industry and for the remaining one, Das is setting up a restaurant beside the highway, not far from the gurukul. In the short term, he is planning a restaurant in Kochi and another one in Dubai. In the long term, he has many of them lined up in his mind with these kids as part owners. He explains that it was an idea that evolved over time. "When I got immersed in the restaurant business, it was for me a spiritual quest. People asked me how I was able to run a business and still remain stress-free. I realised that it was the village life that moulded me as a chef and human being. I dreamt of a farm where kids can learn cooking and people rediscover good living through food. I called my dad and told him to look for some land that is blessed with water, air and sunlight. I put all my savings to buy this 25-acre land. Little by little, I built all these and it took 15 years." 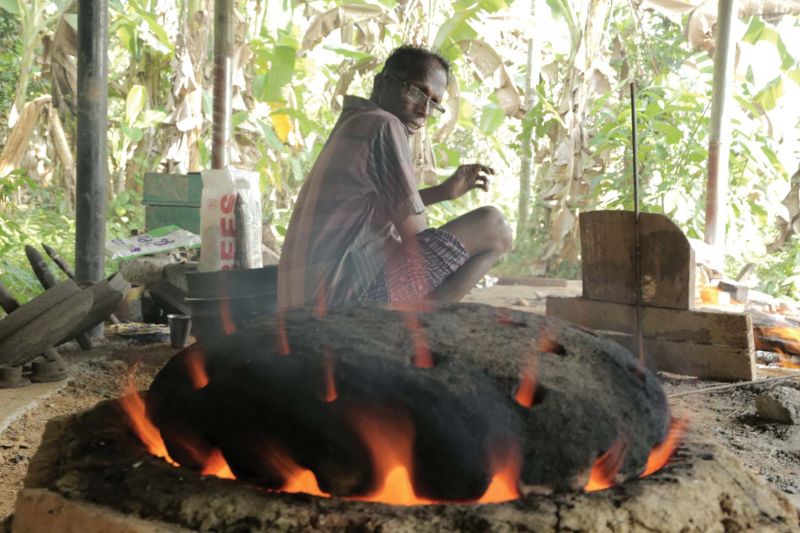 There was another reason too. Rasa was such a hit that Das went on expanding and had nearly a dozen restaurants in the UK but couldn't sustain all of them since he didn't have the right workforce. "The current batch has six students but I would like to train 20 of them every year," he says. The cooking village will double as a resort for economical viability. "We have 16 rooms and four cottages. People will come from all over the world for a nature's holiday and to learn cooking," he says. Taste is the soul of food, declares the chef, who maintains a surprisingly lean body for a man who is surrounded by the best food. He believes that food will succeed where religions and political systems have failed: in bringing happiness. "The next phase of evolution will depend on good cooking and the transformation that it can bring," he says. "Haven't you seen youngsters going to coffee shops to relax? But they don't get any relaxation there. That's where we can step in by providing motherly affection through our food."

As a Hyderabadi you can't insult me by saying Biryani is a tiffin: Nadella