The South-American classic Peruvian cocktail made its way in various bars and restaurants across the country, promoted as a prominent cocktail hailing from Peru post 2005.

Peruvians are seriously passionate about Pisco Sour. In fact, it is as important to them as what champagne is to the French.

The South-American classic Peruvian cocktail made its way in various bars and restaurants across the country, promoted as a prominent cocktail hailing from Peru post 2005. However there are some claims that Pisco Sour does not originate from Peru, but hails from Chile. Peru and Chile have had a long dispute over the creation of Pisco Sour, but since there are no facts of creation from both the sides, it is still unclear whether it was created in Peru or Chile.

Although, the fight is silently still on, many have stated that pisco is a spirit hailing from both the countries. Furthermore, the Peruvian Embassy even went on to promote pisco as a Peruvian creation and claimed rights in an event in 2015, named Pisco is Peru. It is also as the national spirit of Peru, and has a dedicated public holiday to it. 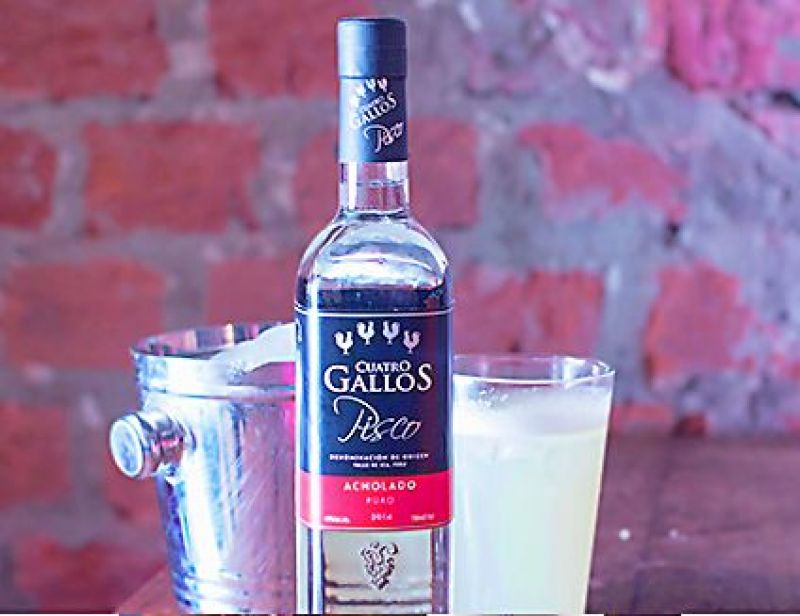 It is believed that the Pisco Sour was invented sometime during 1915, by an American bartender named Victor Morris who was in Peru at that time. Morris first created it as a surprise for a few people by mixing the Peruvian Pisco with the American sour, using simple ingredients such as pisco, lime syrup and sugar, replicating the whiskey sour!

However, the modern day Pisco Sour served all throughout the world was developed by Morris’ apprentice Mario Bruiget in 1924, who added angostura bitters and egg white to the cocktail to provide a different texture and froth. The classic Pisco Sour is made with 90 ml Pisco, 30 ml lime juice, 30 ml simple syrup,

30 ml egg white and ice cubes. All ingredients must be blended well and must be topped with 3 drops of angostura bitters. This drink can also be made as a shaken drink, wherein we add all the ingredients in a shaker, shake vigorously, and strain it into a glass and top with bitters. Other than the classic ones, there are variations where in the simple syrup is replaced with yerba mate simple syrup; a habanero infused simple syrup, orange marmalade.

A total different variant is the well known Mardi Gras Pisco Sour, where the ingredients, 30 ml pisco, 30 ml bourbon, 15 ml sweet vermouth, 15 ml coffee, 15 ml lime juice, 30 ml chicory infused simple syrup, 1 egg-white must be put in a shaker and mixed well. Ice cubes must be added and should be shaken well to acquire thick egg white foam, and should be strained into a glass, finally topped with some chocolate bitters.

Binny is the founder, CEO and COO of Flaming Trio and Drinq Barmen and Academy