Jack of all trades

From his home in Aluva, James Joseph could see boats plying on the Periyar, flowing serenely nearby. He sat with eyes glued to his laptop, surrounded by  lush greenery. James was busy putting his thoughts into words so that they could form meaningful sentences to be compiled into the debut book he was writing. His job as the Microsoft director in India and work in three different continents along with his passion for his homeland made for interesting book material. James had left Kerala in 1993 but returned in 2009 because he felt he could be more productive if he worked for Microsoft from Kerala.

The maiden book, for which he took a career break, was all about the Joy of working for India and living in Bharath, which later got published as God’s Own Office. As James was writing his book, he was also observing a jackfruit outside his window. When he started writing, it was a tiny one and by the time he finished, the jackfruit was a 15-kg monster. A thought lingered in his mind about the amount of jackfruit being wasted. The humble jackfruit held a special place in James’s heart right from the time he was young and chakka puzhukku was a big favourite. 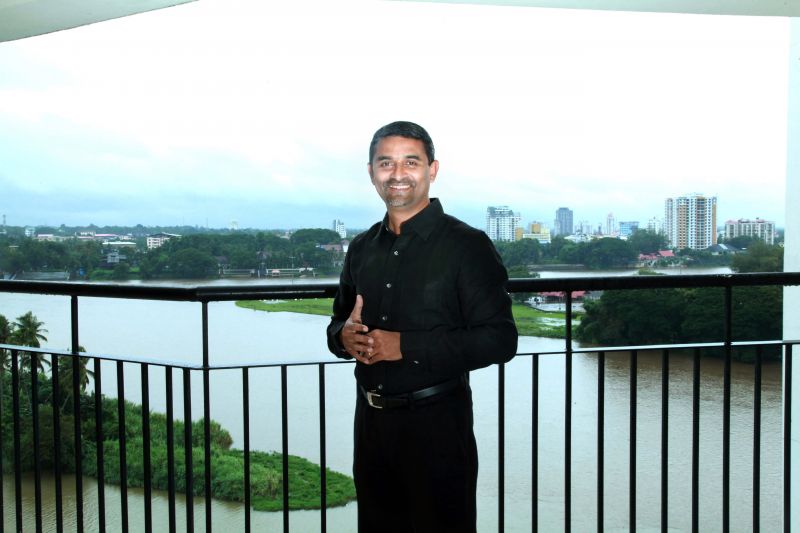 James Joseph Never did James think that a professional dinner commitment would turn out to be the watershed moment in his life, making him turn an entrepreneur with jackfruit holding centre stage and make him start a company called Jackfruit365. James explains, “I was hosting a party of six for dinner at Taj Mumbai and the chef was Hemant Oberoi, who had prepared food for US President Barack Obama and wife  Michelle. I asked the chef if he could replicate that dinner for my guests and in that was Varqui Crab and the vegetarian alternative Varqui Kumbh made of mushroom.

“Though both the dishes were hits, I could not help but ask Hemant why jackfruit was not used instead of mushroom because it too was meaty. His reply was that the fruit was too messy, smelly and seasonal and besides, cutting a jackfruit was beneath the dignity of chefs who would not touch it.” Instead of getting disappointed, James’s resolve grew to find out more about this humble fruit. In the meantime, the West was awakening to the fact that jackfruit had a lot of health benefits, including sugar regulating properties and was being dubbed ‘super food’. 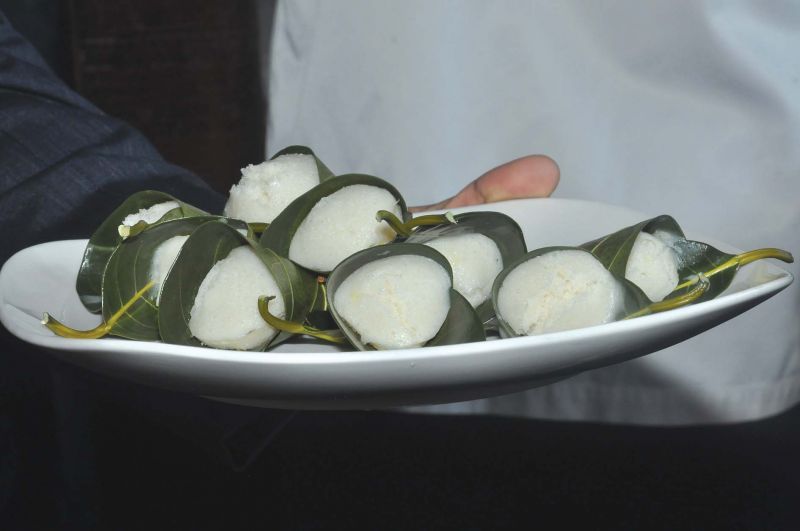 Jackfruit idli in jackfruit leavesWhat triggered James’s interest was the fact that this super food was being wasted in Kerala. Off he went to a chef he knew and asked him if he could make a sandwich, burger or a patty out of jackfruit. The chef made a burger, including the seeds, to make a crunchy burger which was very tasty. James continues, “I asked him if he could make it on a large scale  but the chef mentioned the difficulties in freezing this fruit for long.  I did research and then thought of freeze drying jackfruit. Since jackfruit is 85 per cent water, the nutrients are not lost but locked inside. I took the freeze-dried jackfruit to the chef who could not believe that it took just minutes to hydrate it back, terming it magic.”

Jackfruit could also be powdered and made into a variety of other options. James saw the business opportunity and then when he did not ever envision turning an entrepreneur, he quit his job and jumped onto the jackfruit bandwagon three years back. In addition to the availability of the fruit 365 days a year, James also made sure that he drummed up enough curiosity about the fruit. 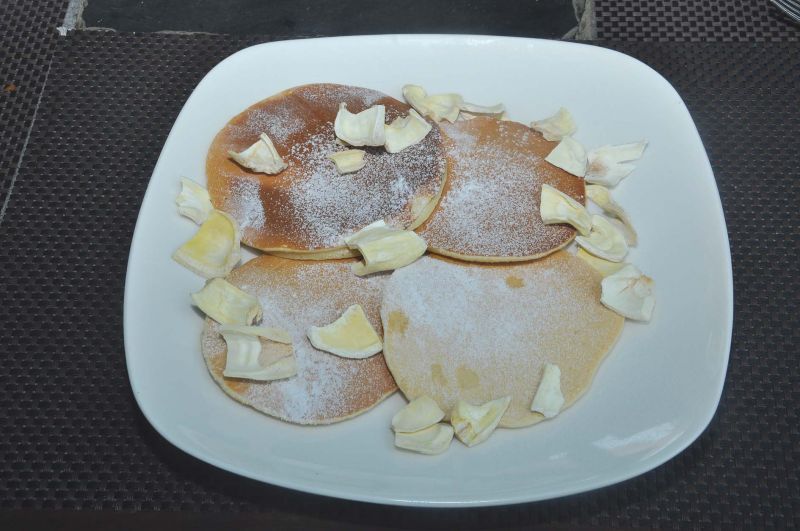 Jackfruit pancake His aim, “I wanted to make it available in five star hotels across the country and also make it into a variety of food that youngsters could relate to. The biggest boost came when I met late President APJ Abdul Kalam who wanted to know why I had left the IT field for entrepreneurship and also what I was planning with the jackfruit.” After James elaborated on the health benefits and the number of food varieties that could be made, Kalam promised that he would come to have a meal made out of jackfruit but sadly he passed away before the promise could be fulfilled.

James went public with the health benefits of the jackfruit in April 2015 including weight loss and anti diabetes properties of  unripe jackfruit. Of this the anti-diabetes factor is the most highlighted property in a state with a large number of diabetes patients. James mentions,“My aim is to promote the jackfruit as a meal and to reduce rice and wheat consumption with jackfruits. There are umpteen numbers of dishes that can be made including idlis, dhoklas, phulkas, alooparathas and it can also be added to traditional food.” Today that movement has a name, “God’s Own Food Solutions Pvt ltd” and his customer base is increasing each day.

Ranjona Banerji | What cooking teaches, how tastes are learned