The epicurean has come of age and famous restaurants, chefs and even home makers are bringing their expertise to the well-travelled foodie. From Michelin morsels to hidden pairings, these chefs want to raise the bar when it  comes to gourmet experiences, through the culinary pop-up. This is where Chef Vineet Bhatia's famed Mumbai restaurant will come alive, at Hotel Oberoi's Szechwan Court. In the past, it was Chef Atul Kocchar's UK restaurant, Benaras, that brought Indian fusion cuisine alive and a little while ago, a pop of truffles at the ITC Gardenia brought gourmet full circle. Even homecooked food features in this trunk show of cuisines, with homemaker Iti Mishra explore family heirlooms, an experience a guest described as "a hug for a hungry stomach." Chef Floyd Cardoz of Bombay Canteen has also brought his menu to foodies in a pop-up embellished with great expertise.

Yes, in the era times of the stationary chef and stand alone restaurants comes this travelling caravan trunk show of the best culinary fiestas - the pop up extravaganza.

When Chef Bhatia's team helmed by Chef Nayna Nanji brings the flavours of Indian summer to our city from June 1 to 10, expect to see a celebration of traditional cuisine, which marries unusual ingrediates to create a foodography that has seen the Michelin star chef Bhatia flourish in the United Kingdom. Nayna, who has worked with Chef Bhatia for over 14 years explains, "We will be showcasing ZIYA from The Oberoi, Mumbai, serving a six-course tasting menu with innovative combinations. "A modern spin to traditional Indian food," she says, evidently still fascinated with Chef Bhatia's approach to Indian cuisine, his humility and creative inspiration. The pop-up will turn desi cuisine on its head, of course and Nayna's favourite is the Chili salmon, served with curd rice and yogurt chips. Yes, it's an extraordinary taste trail.

"ZIYA exudes a classy ambiance and a unique dining experience. It's is evolved Indian food," Nayna says. The team will showcase a blend of Indian traditions on their menu be it a chaat jhinga, quinoa, black rice Kachori, pomegranate, strawberry and fennel yogurt, or Kapi lamb, mushroom Upma, truffle and beet dust or even black sesame saffron kulfi.

When another UK gem, Michelin star chef Atul Kochhar brought his famed restaurant Benares in a pop-up to Bengaluru, imbued with his eclectic flavour trail, and wowed foodies.

The idea of a travelling chef, niche and gourmet, is something that is fast becoming a huge selling point for restaurants. 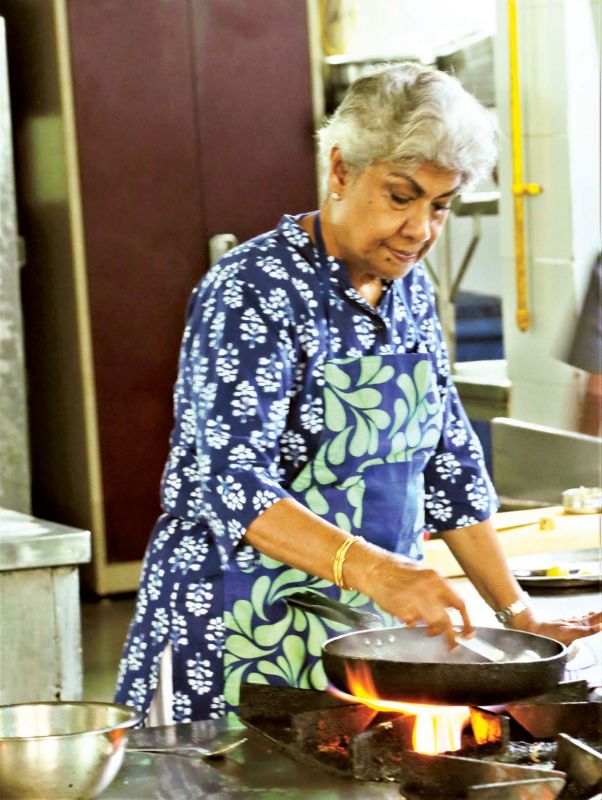 Iti Mishra, the homemaker who brings heritage cuisine to the modernity of a pop-up

ITC Gardenia's truffle pop-up saw the expensive mushroom on Bengaluru plates, Chef Yogen Datta, executive chef, explains, "As truffles are a naturally occurring fungus, and are harvested during spring and fall, as a seasonal ingredient with a short shelf life, they are best introduced in shorts bursts of activity. Pop ups seemed the most suitable way to bring them to the restaurant and invite aficionados for a feast." So true gourmet searchers tasted truffles shaved thinly to enhance delicate flavour, on fresh asparagus, potatoes, eggs, pasta, beans, etc.

The trend is opening up a world of culinary glory that many might not have an opportunity to taste, and Chef Datta elaborates, "Pop- ups are an efficient way of showcasing or introducing a new cuisine, restaurant or visiting chef to connoisseurs." Yes, it's something that is here to stay… given the short span of our tastebud's attention, and the world of flavours that are there to explore.

Culinary director Chef  Floyd Cardoz of the Bombay Canteen and O Pedro fame who is also chef-partner at Bombay Bread Bar in New York City feels that well thought out pop ups are amazing. Chef Cardoz says, "Every aspect of the experience needs to be thought out and brought to life as it would be in a restaurant. I don't believe this is a new trend as pop-ups have been happening for a while now. The concern is when restaurateurs think of it as a trend, and jump on the bandwagon just for the sake of it." Chef Floyd himself does intensive research while doing a pop-up, and always brings the philosophy of his company into it.

Gourmet pop-ups are much easier and cost effective too, Chef Datta explains, "They help test the market for a nascent idea, giving us fair direction on where the idea can go in the future," And for the ever-searching foodie, "A pop up always brings about something that either is new or not available locally, which is a win-win," Datta adds.

Chef Floyd who has done a few pop ups in Singapore, Brazil, Argentina and Mexico and recalls one dinner in Argentina where the equipment available was primitive, "I had to learn how to use a wood burning oven and modify my dishes, fortunately the dinner turned out amazingly well. I also collaborated with Gray Kunz in the Hamptons, which was fun. Another memorable pop we did was Mother of all Menus at The Bombay Canteen."

The world is truly their oyster as chefs explore intrinsic, unique and delectable offerings.

Nayna along with Chef Vineet Bhatia are akin to the Formula 1 of travelling chefs, and have done pop-ups the world over, "We did a pop up in Italy recently at The Belmond villa san Michele in Florence. And The Belmond Chipriani in Venice too. To represent Indian food on a global platform was such an honour," says Nayna who was mentored by Chef Bhatia.

And Chef Datta adds, "We recently did the Royal Vega Pop up. Being able to bring the eclectic cuisine of Royal Vega in its true avatar was a thrilling experience. We had pulled out all the stops to ensure that ingredients, chefs, even equipment was flown in."

Most of these pop-ups are expensive, given their trappings, however. Chef Floyd, from a culinary perspective, feels pop ups make one experience what other chefs and restaurants are doing. "Having other chefs in your kitchen also exposes your kitchen crew to a different style of cooking and ingredients. One of the cons, I feel, is that sometimes the person you collaborate with is not very flexible towards guests dietary requirements or the needs of the restaurant. This reflects poorly on your restaurant and impacts the guest experience."

But, if these are epicurean highs that come with an exhaustive knowledge of a chef's craft, there are also pop-ups that are simplistic in nature, and come with the wholesomeness of a home maker. Bengali mom Iti Mishra, had done this in the city, where she opened the lid on the most delicious Bengali fare at Bengaluru Oota Company… the Bengali storehouse of yum recipes always wanted to open her own restaurant, and Iti feels, "I find pop-ups give me the scope to indulge in my creativity without getting caught up in the technicality of a business. Most of the dishes are from heirloom recipes and rarely cooked in homes due to the complexity of preparation and lack of practice of such techniques." Clearly pop-ups imbue our tastebuds with a whole gamut of flavours, and give us a chance to tuck into specials, while the chefs get a chance to dip into their magical potli of ingredients, a win-win of epicurean proportions!

The Ziya Pop Up
A vegetarian and a non-vegetarian tasting menu. Each menu and course will also have suggested wine and single malt pairing .
When: June 1st to 10th, 2018. Lunch and dinner.
Where: At Szechwan Court, The Oberoi, Bengaluru