A US-based woman has come out pointing the implicit gender bias of sorts with a #IWearFlats campaign on social media.

Last year, Julia Roberts made headlines when she ignored the dress code and walked barefoot on the red carpet at Cannes. Even as the festival organisers confirmed that it is obligatory for women to wear high heels to red-carpet screenings, Julia decided to ditch her heels and mock the uptight fashion rules. 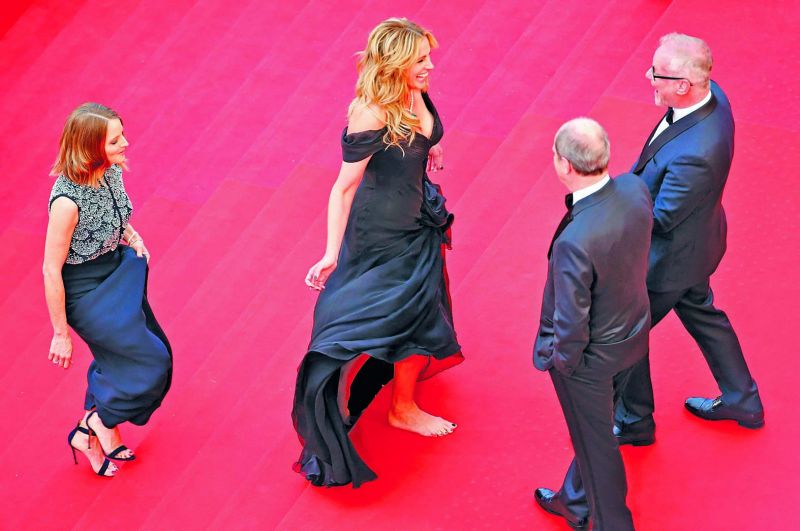 Now, a US-based PR specialist and a mother of three, Floriane Hutchison has decided to take a stand against the unequal footwear choices on your emoji keyboard. If you were to take a look at your emoji keyboard, there is a casual gender bias that has been perpetrating. Peer closer at the women’s shoe emojis on your phone and you will realise that all three-shoe emojis have high heels.

Floriane stumbled upon the cliché while typing the word ‘shoe’. She knew that something had to be done, given that we are constantly using this visual language. These emojis with a gender bias could only be seen as a feminine stereotype thrust upon women. Nazia Erum, TEDx speaker and author of Mothering a Muslim, concurs. “Gendered values are subconsciously carried. Unfortunately, the perceptions that are tied to these emoticons often reflect our own biases,” she says.

Floriane doesn’t want her daughters growing up with the notion of heels being seen as a symbol of feminity and that women wear just heels. She has now started a campaign called #IWearFlats. And to take this forward, she has now taken it upon herself to begin a movement.

Floriane has submitted a few designs including a blue ballet flat, besides a brown pair of Oxfords and white sneakers to the Unicode Consortium Emoji Subcommittee, the governing body that authorises emojis. If approved, the designs will be a part of the shoe emoji.

Movements are taking place all over the world in their own capacities. Kamlesh Gade, who is a part of High Heel Hotties, an all-male dance troupe that performs with high heels on, finds it is ironic how high heels have now become a tool of oppression against women.

“When we as men wear heels, it is to demonstrate how heels is a gender construct, that the burden of heels shouldn’t be on women alone. We definitely feel heels exude a sense of feminity, but when we don’t mandate men to have beards in the workforce to ensure masculinity, why women,” he says.

Nazia also points out that despite the struggle with these stereotypes, women are fighting back. “Today many women wear loafers and moccasins in leather or sports shoes. And many men’s footwear come with heels. It’s high time we look at themes that aren’t defined by gender,” she adds.

Author and screenwriter Advaita Kala, echoing the view calls this a positive step towards a greater cause. “We have been conditioned to the male gaze. At a time when urban women have to face greater challenges in the workplace, this has come as a sensitisation campaign with a message reaching out not only to men but also making an impression for girls that there is a lot of diversity. You can be a boho-chic, wear flats and still be beautiful,” she says.

Even as women are being a part of the larger movement to fight these gender stereotypes, a certain category of women has a different perspective altogether. Chandrima Pal had to junk her heels for flats after motherhood and celebrated the day she got back. “I don’t find high heels to be sexist. I find it sexy, just like lacy lingerie. It all depends on how an individual sees it,” she remarks.